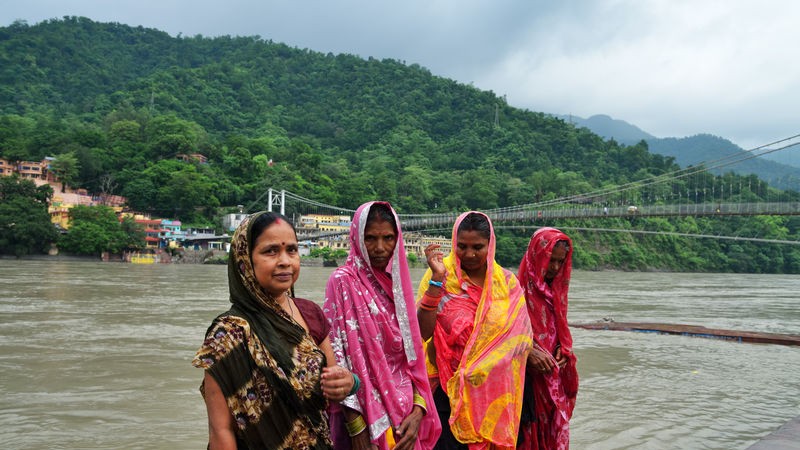 Indian women clad in saree on the banks of the River Ganges. Image by Oleksandr Rupeta. Copyright Demotix (8/8/2012)

As more and more Indian women are opting for Western clothes instead of traditional Indian garments, a number of initiatives are promoting online and offline campaigns to rekindle the love for sarees.

A saree (also spelled sari) is one of the world's oldest female attire, consisting of a graceful, unstitched drape varying from 4.5 metres to 8 metres in length and 1 to 1.5 metres in breadth. The history of the saree is traced back to the Indus Valley civilisation (2800–1800 BC) and currently is widely regarded as a symbol of Indian, Nepalese, Bangladesh, and Sri Lankan cultures.

Nowadays, fashion trends in India often see a mix of ethnic and Western fashions, with saris being reinvented as “sari-gowns” or styled with shirts and blazers. The majority of Indian women continue to wear the saree daily as well as on special occasions, but even so, women's Western-style clothing is gaining popularity.

Wearing or not wearing a saree can also carry deeper meaning beyond a simple fashion statement. The blogger at The Lives And Times of An Indian Homemaker laments that:

Since wearing of sari is often a compulsion, not wearing a sari is seen as an indication of a woman being allowed to make personal choices. [..]

I knew one woman who wore jeans when her in laws were away and switched to sari when they were around, she said she did this to show them respect. [..]

Those who prefer to see women in saris often criticize women in western wear as ‘liberated, modern, westernized’ women.

In recent times, campaigns, seminars and festivals in various cities have expressed love for sarees and encouraged Indian women to them more often. An organisation called Deviditi organised a flashmob at Select Citywalk in Delhi on October 27, 2015, as part of a campaign to promote the garment. Around 50 women grooved to popular Bollywood dance numbers clad in colourful sarees:

Ally Matthan and Anju Maudgal Kadam, two entrepreneurs from the south Indian city of Bengaluru, noticed that urban Indian women, especially those who go out for work or study, rarely wear sarees anymore, instead favouring more practical clothing like jeans and dresses. So they pledged to wear sarees twice a week, or 100 times in a year.

Thats how the #100SareePact was born. They asked people to tag a story, a photograph, a memory, or a feeling about the saree with the hashtag. Soon, more Indian women joined in via Facebook or Twitter.

Faith faith faith…what is it today morning went head and asked my self this question….To have faith doesn’t mean you get any less frustrated when you don’t do your best, but you know that it’s not life and death. Take what you’re given, and when you continue to work hard, you will see results. That will give you the confidence you need to keep going. Hahahah ysss I think I m going to keep on going. Wearing a Kantha saree. It’s my love for kolkatta which surfaces now n then . Love the craftsmenship . This saree in deed has travelled lots of distance. From the heart of shantiniketan right into my heart

#UNSTITCHED / The Sari Project is an international, collaborative performance art project initiated by Toronto-based visual artist Meera Sethi who wants to create a community among 108 (the number signifying a complete set of beads in a Hindu rosary) South Asians with a single unstitched piece of cloth – a 5.5 metre saree. 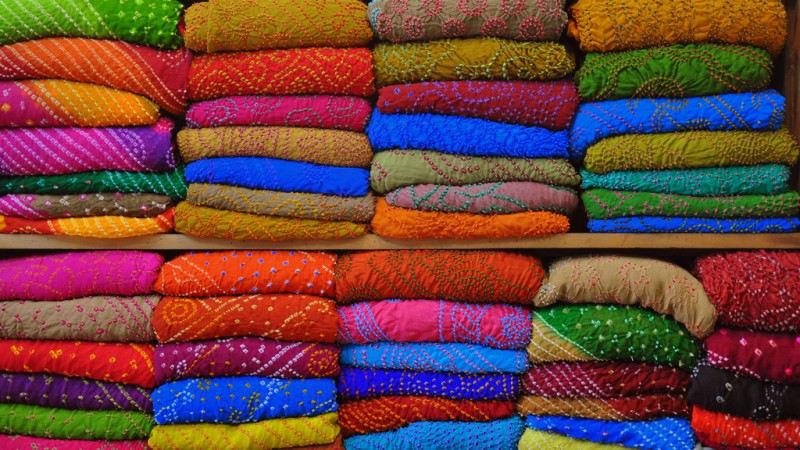 The participants receives a box consisting of a sari, a petticoat, a camera and notebook with instructions. If they want to keep the package, they must wear the sari and document the process through photography, social media and notes. The project has began its journey and is documented here.

Tanya Rawal, an adjunct professor at the University of California at Riverside, started a campaign called #SareeNotSorry in September. After spending a recent vacation in India, Racal started posting images of herself wearing sarees on Instagram. Soon it turned to a movement to use the traditional Indian garment as a symbol to fight off stigma and help Indian-American women express what it means to be Indian in today's world.

Rawal explained in a recent article for Medium, “Saree, Not Sorry: My Dreams Are In Hinglish“: “It's time we stop apologizing for our skin color, language and culture.” She opined that embracing one's own cultural history is the starting point in making such statement.

Many are embracing her call using social media:

Sreet Bhatt, an expat Indian in Australia, writes about the impetus for all these campaigns in support of the saree:

We, along with the younger generation of India should make it a point to wear Saree more often, not wait for reasons to drape it rather make it a reason to celebrate our ethnicity and femininity.