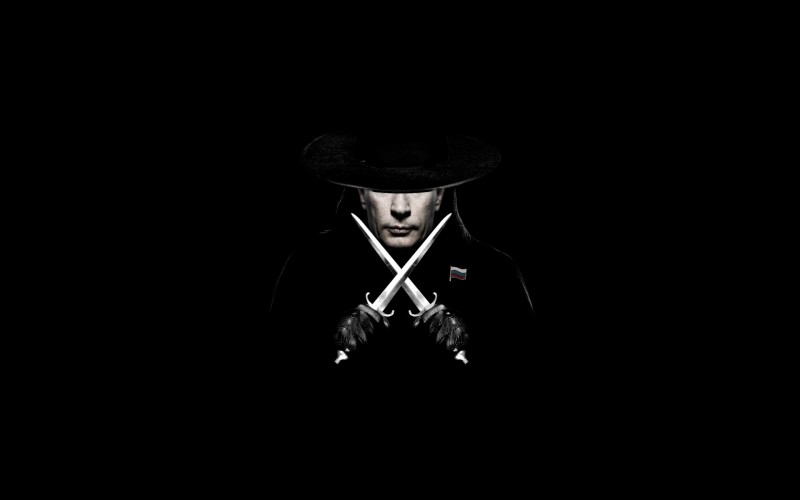 The Internet in Russia is becoming more and more regulated. This increasing control, as well as the growing significance of the Web in Russian society, is the subject of The Red Web [1], a new book by Andrei Soldatov and Irina Borogan. Having reported extensively for decades on technology and the state security apparatus in Russia, Soldatov and Borogan in their book investigate the origins of the Internet censorship that’s become so prominent today. The Red Web focuses on “two great forces—surveillance and control on one side, and freedom on the other—and what happens when they collide.”

In a special report for RuNet Echo by Darya Luganskaya, Soldatov summarizes the book’s findings, explains why he believes Edward Snowden should be more transparent about the circumstances of his stay in Russia, and argues why a Soviet education in engineering is not conducive to critical thinking when it comes to ethics. 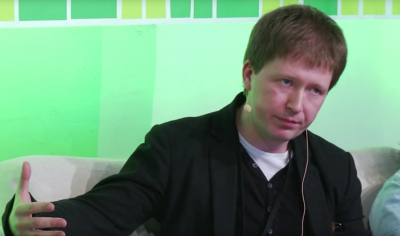 Darya Luganskaya (DL): Why did the “Red Web” appear in 2015? Are we facing a turning point in the history of the Internet in Russia?

Andrei Soldatov (AS): It is a very important year because it will show if the Internet in Russia will remain global. It is related to the law on personal data [which took effect on September 1, 2015, requiring companies to store Russian users’ online data on domestic servers].

We started writing the book about two years after the national system of Internet filtering was introduced. Since 2012, the authorities have tried different models of Internet regulation. And by 2015, it’s become clear which approach they’ve chosen.

DL: How would you describe the model the Russian authorities have selected?

AS: The Kremlin’s approach is not based on technology, mass repressions, or channeling enormous resources into censorship. It is not similar to the Chinese or Turkish models. We do not have thousands of censors sitting in the Internet service providers’ offices. On the contrary, the unit within Roskomnadzor [the government's media watchdog agency] that works with the Internet is very small. In October 2014, they pledged to increase their staff to 25 members.

The authorities discovered that they are not that good at using these technologies. They are bad at filtering Web traffic and blocking content. But they found another use for it, and today these technologies are just a big stick the authorities use to intimidate telecommunication and media companies. And then businesses rush to the Kremlin to discuss better technical solutions, because the government’s technologies are so primitive that they actually harm the companies. For example, they block entire services.

DL: What about international companies? Do you have any insights about what is going on behind closed doors when Twitter or Facebook representatives come to Russia?

AS: When we wrote our piece [3] for Foreign Affairs, we phoned all the major Internet companies. We did not get any answers, apart from Booking.com, whose comments were very vague. They stressed that they follow the [local] rules in any country. If these companies ignore an outlet like Foreign Affairs, they’ll ignore anyone. It seems they want to find a compromise—they want “to humanize their relationship” with the Russian government, as it was explained to us by one insider. Of course, I do not support such a position.

AS: Now is the right time to ask the question “what’s next?” Inevitably, the Russian authorities will arrive at a new model: control the users, not the companies. And it seems they are short on solutions these days. We both know that the talks about banning Tor in Russia have been going on for three years, but it still hasn’t happened. The authorities do not have the technical solution. And they cannot put pressure on Tor because it’s not a conventional company with a Moscow office. They can ban it legally, but they have no technical means to implement such a ban.

There is also an issue with encrypted traffic, HTTPS protocol. Every provider with whom I spoke had asked the government why they have to install devices for SORM [System for Operative Investigative Activities], while these “boxes” are still unable to read traffic to the sites that use HTTPS. [According to The Red Web, “SORM boxes once intercepted just phone calls. Now they monitor e-mails, Internet usage, Skype, cell phone calls, text messages, and social networks. It is one of the world’s most intrusive listening devices, and it is the Russian government’s front line in a monumental battle for the future of the Internet.”]

Officials told providers that they should “just install it.” The only solution they have is to make companies move their servers to Russia, where the state can get access to the data through a physical cable before it’s encrypted. But nobody knows what might happen if the companies refuse to comply.

DL: You’re confident Russia cares so much about Tor and its users? How popular is it really in Russia?

AS: You're right. According to the recent data, Tor had 175,000 users in Russia in September 2015. That’s not very much and we got these numbers only thanks to the blocking of the independent websites Grani.ru, Ej.ru, and Kasparov.ru in March 2014. If the authorities blocked Facebook, however, the situation would be different. An audience of hundreds of thousands of people would move to Tor. They would not give up Facebook—the only space for public debate in Russia right now.

DL: Why, in The Red Web, do you devote so much attention to Russia’s Soviet legacy?

AS: When we began our research for the book, we were shocked to find that—more than 25 years after the collapse of the Soviet Union—the Kremlin’s approach to the control of information online is largely defined by the Soviet experience.

Our book begins in 1949 when the Internet did not exist. But there was a sharashka [a secret research and development laboratory in the Soviet Gulag] in Marfino [outside Moscow], which was described by Aleksandr Solzhenitsyn. The engineers imprisoned in Marfino found ways to identify people through phone calls. Later, their findings were handed over to another sharashka, in Kuchino, and that was the place where SORM was eventually designed in the late 1980s. So the Russian system of online surveillance was actually built by the KGB. Of course, the system has been updated constantly ever since. But it still bears all the marks of the Soviet approach to surveillance. The core is the totalitarian approach: the FSB has direct access to the servers through backdoors.

Another Soviet legacy is a very special relationship between the security services and Russia’s telecommunication companies. It was impossible in the Soviet times to separate agents in the secret services from telecom engineers. They were the same people migrating between the KGB and the industry. I had a great conversation with the Soviet Minister of Communications, Gennady Kudryavtsev. He was shocked when he was promoted to take an office once held by Genrikh Yagoda [the chief of the Soviet secret police in the 1930s]. There was still an elevator in his office leading to a tunnel that connected to the Kremlin.

Thanks to this symbiosis between engineers and the security forces, the introduction of SORM was met with almost no resistance from the industry. Internet service providers were concerned only about the costs because they were forced to pay for the expensive equipment. Ethics did not concern them.

DL: The Red Web has a whole chapter about the mentality of the technical intelligentsia in the USSR and in Russia today. What is it about their way of thinking that eliminates ethical obstacles to implementing and enforcing SORM?

AS: We were interested in the fact that the majority of engineers are not only extremely loyal to the military industrial complex, but they accept wholeheartedly its necessity and despise so-called “democratic chatter.” We asked Loren Graham, a world authority in the study of Soviet science, and learned that Soviet engineers had very special training: they were less schooled in the ethical and moral problems of their work than many of their counterparts in the West. At top engineering schools in the United States, every student during four years of engineering study is required to take eight courses, usually one each semester, in the humanities and social sciences. These courses open up deep questions about ethics and “meaning,” which are not considered in technical courses. In Russia, engineers are trained in technical skills without any courses in ethics or civics. I am speaking in the present tense because the system in Russia has not changed.

The key problem of the Internet in Russia is this close relationship between the FSB [the Federal Security Service], the military, and the engineers, and in order to change the system, we need to change the approach to education.

DL: You quote Stanislav Kozlovsky, the director of Wikimedia in Russia, saying that Edward Snowden has been a disaster for Internet freedom in Russia. Is Snowden really so influential, or was the RuNet heading in this direction before he arrived?

AS: Of course we don't blame Snowden for the actions of the Russian authorities. And we don’t expect him to fight for Internet freedom in Russia. It’s not his war. But it has not escaped us that he landed in Russia just as the Kremlin launched its offensive against Internet freedoms here, justifying many of its repressive measures using his disclosures. And Snowden has not uttered a word about how his revelations have been used in Russia. We also criticize him for not being transparent about the circumstances of his stay in Russia.

It seems that he wants to be seen as being somewhere just outside the US, but not exactly in Russia. But the most effective strategy for confronting police pressure is to be transparent—you have to go public.

We’ve experienced it ourselves personally. Every time someone from the FSB approaches us and asks for an informal meeting, we call the media. And this works everywhere across the world. It also works for Snowden’s friends. Laura Poitras [the director of Citizenfour, a documentary about Snowden] was subjected to constant inspections and interrogations at US airports, until Glenn Greenwald suggested that she go public about it. She did, and the searches and interrogations stopped.

We do not understand why Snowden decided not to do the same in Russia. He does not talk to Russian journalists or foreign journalists based in Russia. The Guardian’s Moscow correspondent cannot meet Snowden. I suspect the reason is that Moscow-based journalists would not want to talk about the US National Security Agency—they’d want to ask about his circumstances in Moscow.

DL: How did you try to reach him?

AS: I tried multiple ways through his lawyer, his foundation, and so on. Sometimes they even asked me to send the questions in advance, which I did. I even offered to talk from his ACLU lawyer’s office in New York, if having the conversation in Moscow would be impossible. This went on for several years, and led nowhere.

DL: The situation you describe seems depressing. But do ordinary citizens and activists have any hope of changing things?

AS: I am largely optimistic about the future of the Internet in Russia. Thanks to social networks, users generate tons of content. And any crisis provokes users to generate even more content. It helps to expose government lies about sensitive issues, like the war in Ukraine. And we have several outstanding activists who know how to dig through the data. For instance, Ruslan Leviev designed The Red Button, a service that provides access to the blog of Russia’s leading opposition activist, Alexey Navalny, which has been blocked by the authorities. Now Leviev has a team looking for any data about the Russian soldiers in Ukraine and Syria on social networks, and it helps uncover the truth.