The Refugees Stopping at Vienna's Train Station of Hope 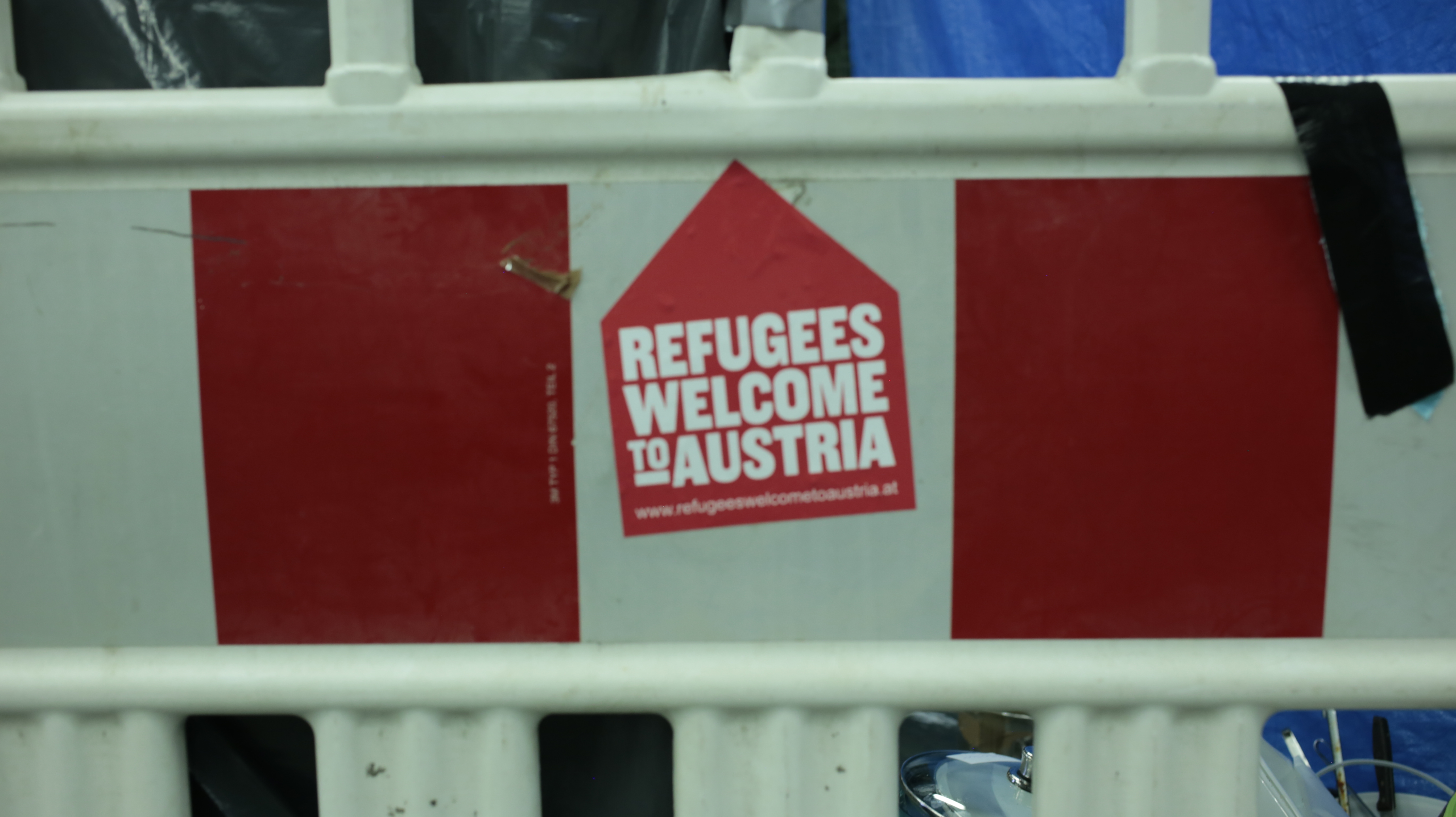 Wien Hauptbahnhof, Vienna’s main train station. It is September, two months before the deadly violence from which many refugees are fleeing would touch Beirut and Paris.

It's been a quiet few days, especially since the arrival of over 5,000 refugees on September 14.

“This is nothing compared to what we had a few days ago,” a volunteer named George tells me. “There were tents everywhere! There was nowhere to move. It was truly a very powerful sight,” says another volunteer.

The lists tacked to the wall of the makeshift office space used by the volunteers show the approximate number of refugees who have arrived daily since September 1. It starts at 1,000 and peaks at 5,000-plus.

That evening I saw perhaps only a few hundred people at the station, together with the many volunteers. It was quiet: people were getting their dinners while kids roamed around playing with donated toys. Some of the refugees were waiting for the next train, some in desperate hope that they would actually be able to find—or afford—the tickets when the time came.

The train station management closes the main hall to the refugees at 10pm every day. Only those with tickets for the first train leaving for Germany at 6am are allowed to spend the night at the station. Others depart for nearby shelters.

One of these shelters is brand new, just few blocks from the train station. It is an in-kind donation from a local bank, which has given over its entire ground floor for use as a shelter. There are makeshift toilets and showers outside the main entrance. “You need permission from the media relations department of the bank,” they told me nicely at the door, when I tried to go in to film. To avoid overcrowding the shelter takes only a limited number of people. But there are other places to go, and in some cases, local families invite refugees to spend a night or two at their homes. 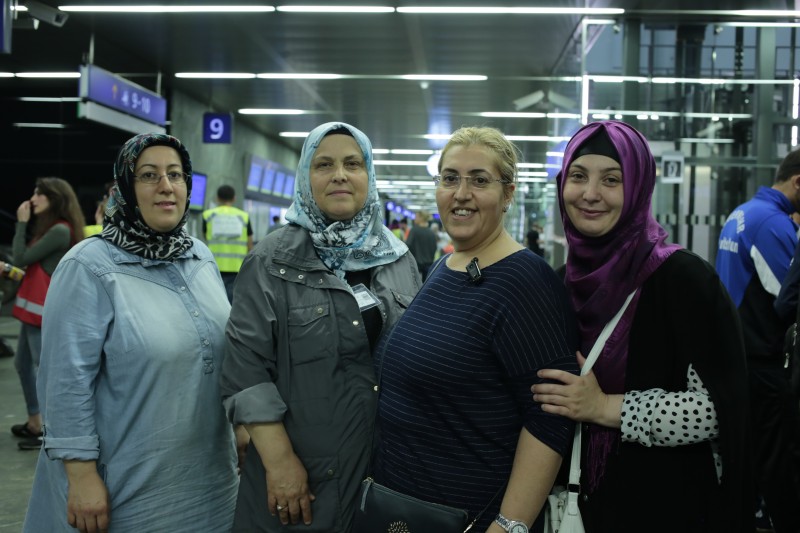 It wasn’t this organized in the first days of the refugee influx into the country. In fact, Austria was heavily criticized in a New York Times article for the appalling conditions in refugee centers in border areas.

One group in particular decided to take matters into their own hands. Calling themselves the “Train of Hope” (#TrainOfHope), this network of hundreds of volunteers works in shifts at the main train station. Sometimes these shifts are more than 48 hours.

“We make sure people get on the right trains when their trains arrive. We also help the refugees to get on the buses to their temporary accommodations,” explains George.

They also make sure the refugees can trust the volunteers, especially after all they go through on their long and exhausting journey. People arrive sick, injured, fatigued, so the volunteers try their best to accommodate and provide all the help they can.

But at the train station it is more than just a group of young volunteers helping the refugees. There’s a legal aid desk, with lawyers providing advice on the asylum process and next steps; a makeshift hospital with doctors and nurses; food stalls where local residents bring in meals, fruits and snacks; a children’s area; a missing persons desk; and tents set up outside of the train station with medical supplies, food and clothes. There is a social media team as well, keeping the “Train Of Hope” Facebook page updated with information and letting people know about what’s needed at the station. 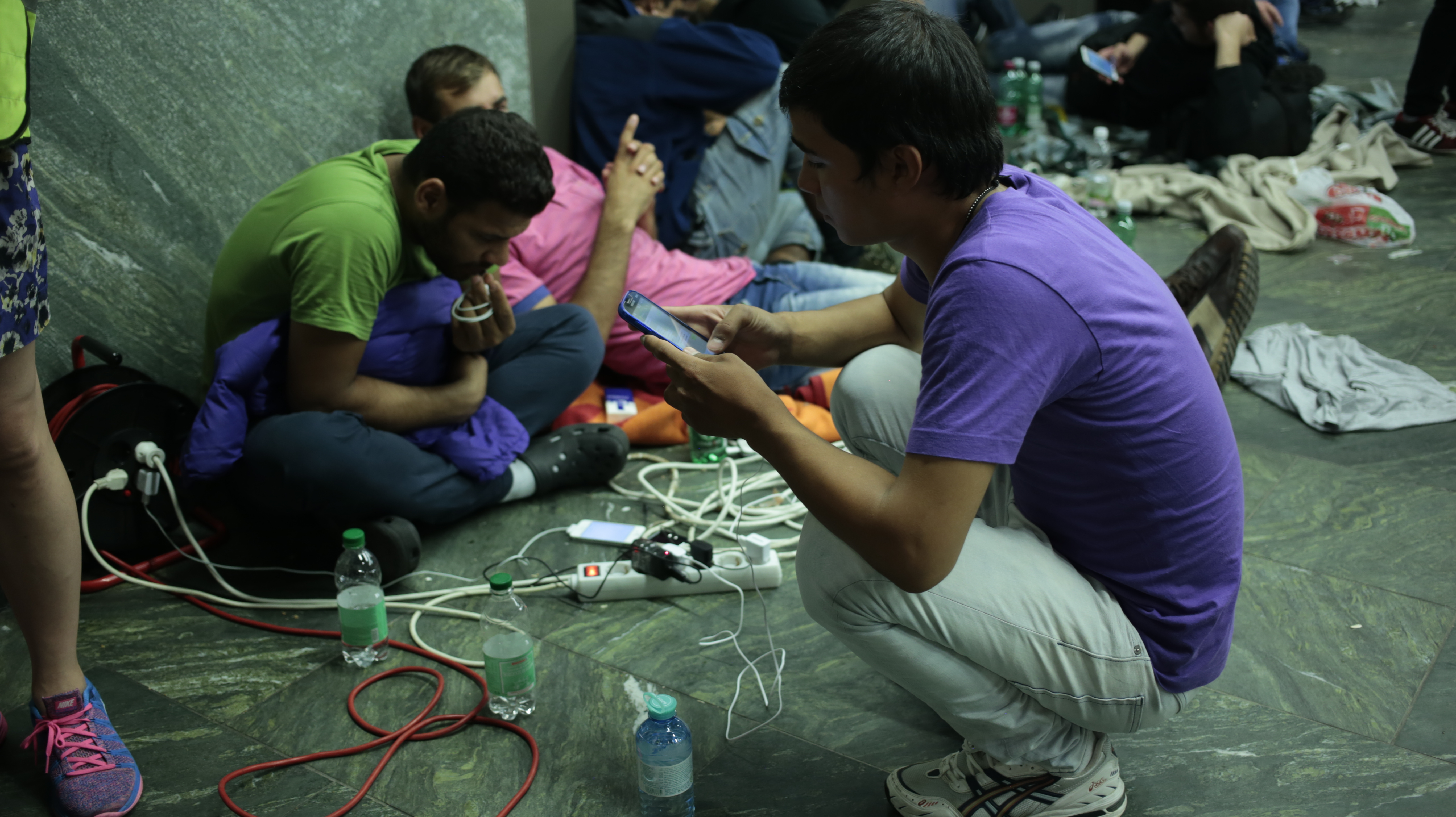 As I walked through the station I met a young Kurdish family. I could not take my eyes off the little boy, who was on the ground playing with colorful pens and toys his mom had given him. He had big, smiling eyes. I approached him and said Hi to his mother. She said they were on their way to Sweden. Her husband and their son and daughter were hoping to join relatives awaiting them there. The husband joined us, taking the little Ruzgar his mother and playing with him so his wife could talk to us. She spoke no English, but with the help of other refugees and volunteer translators she was able to tell me their story.

Their journey began in Kamishli in northeastern Syria, from where the four of them left for Turkey over a month before. They first crossed the Syria-Turkey border on foot, paying 200 euros per person. It took them one day to cross the border, and another to travel westwards across Turkey to Izmir. They waited for two weeks in Izmir before they managed to find a place on boat to Greece. For this they had to pay a considerable sum: the trip to Greece costs US$200 for a child and up to US$3,000 for an adult.

They waited for nine days in Greece. “It was very difficult there,” she tells me. “We had to live on the streets, without any food or shelter. The children were cold and scared. It was very difficult.” From Greece, they managed to get to Macedonia, then Serbia, then Hungary, and finally to Austria. Her husband's brother and sister live in Sweden, which the family was planning to reach by passing through Germany.

Ever since I met them I have been thinking of this family. Did they make it to Sweden? Were they stranded in Germany? I want to hope that they made it, and even if they haven’t, that they will soon be reunited with their family in Sweden.

Back at the train station, things were quieting down. The volunteers were sweeping the floors, volunteers in the makeshift kitchen were cleaning up and packing away the food. Most importantly, thanks to the volunteers and their incredible work, there was hope in the air.