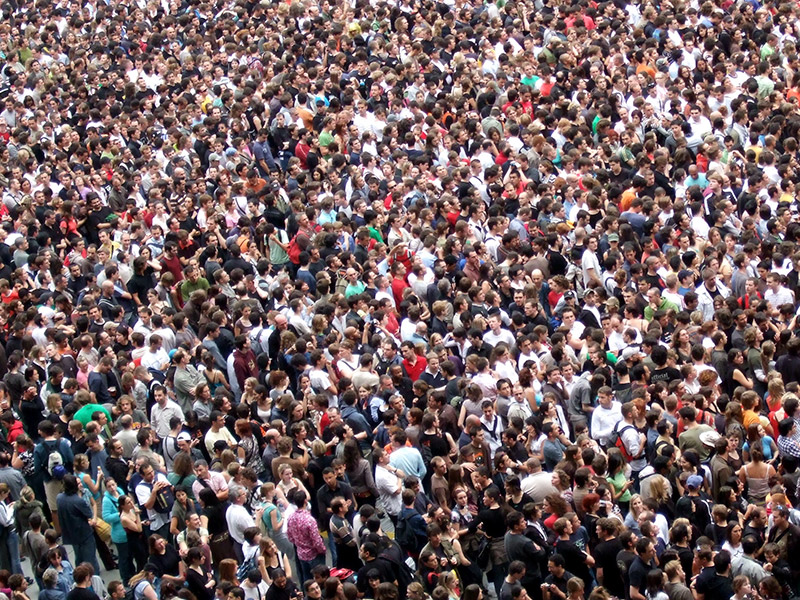 The Paris talks beginning November 30 will mark the most important negotiations on climate change since the 15th gathering of the Conference of the Parties to the United Nations Framework Convention on Climate Change in Copenhagen in 2009 (COP 15). The world has changed markedly since then. Part one of this post examined key developments in science and emission trends. Part two below takes a look at how politics and attitudes have shifted in the last six years.

Parts one and two were written by Fiona Harvey and originally published on Ensia.com, a magazine that highlights international environmental solutions in action.

The world has moved on politically since the Copenhagen talks. The clearest sign of this came in the joint announcement late last year of commitments on greenhouse gas emissions from the U.S. and China, the world’s two biggest emitters. The U.S. will reduce its emissions by 26 to 28 percent by 2025, while China will target a peaking of its emissions by 2030.

This development marks a clear difference from Copenhagen: The willingness of China to share a stage with the U.S. and to talk about a peak year herald significant progress toward reaching a deal.

On economics, too, we have seen more studies arguing that tackling climate change can be a boon to economies and showing how to achieve the changes necessary to stay within the carbon budget while enjoying the fruits of prosperity. The New Climate Economy project, led by Felipe Calderon, ex-president of Mexico, has been a key mover in this debate. Climate finance — the assistance provided by rich countries to poorer ones to help them cut emissions and adapt to the effects of climate change — has also ramped up, with development banks taking a leading role and leveraging private sector funds.

Businesses are taking note, with many preparing to announce new climate initiatives ahead of Paris. The insurance industry, which takes a long-term view of risks, has been pushing for action. Recently, six major European oil and gas companies offered to collaborate on a carbon price. While some might argue these businesses may have motives other than concern for the world’s poor under global warming, the actions they take could be significant.

Other positive signals in the last year have included massive rallies, such as last year’s People’s Climate March in New York, and the growing movement urging individuals, institutions and businesses to divest from fossil fuels. That movement is likely to gather further pace before the Paris meeting.

Prominent public figures have also been playing an increasing role, with the most significant intervention, the encyclical Pope Francis released this spring, emphasizing the moral dimension of tackling climate change. The move attracted applause but also criticism from some climate skeptics who accused the pope of interfering in a matter of science.

Moreover, this fall, in advance of the Paris talks, the U.N. and world governments are preparing to set out Sustainable Development Goals (SDGs) to take over for the Millennium Development Goals that expire this year. The SDGs will have climate change not as an add-on, but as a core issue, because of its wide-ranging effects on issues from water scarcity to agricultural productivity, gender equity and human migration. The effort going into the SDGs, which are viewed as crucial by development experts, will have a beneficial effect on the battle against climate change.

While many of the developments in the past six years appear to bode well for Paris, there have also developed a number of perceptions that could jeopardize both an agreement and our ability to tackle climate change.

Most important was that of Copenhagen itself, which was widely painted as a total failure, despite the progress achieved there. The talks have never managed to throw off that shroud of negativity, and this puts the stakes at Paris as high as they can be. If COP 21 fails, it is hard to see how the U.N. process can limp on.

The perception of a pause in global warming is another serious problem, because it has allowed climate skeptics to claim that warming is not happening or is happening so slowly that it is not worth bothering about. This has now become common currency for many people. Scientists are clear that this analysis is not accurate: The world is still heating up, and there are good reasons to think the small slowdown in the rise in temperatures is temporary, probably caused by the absorption of heat by the oceans.

Among the mechanisms developed to help us reduce emissions, carbon trading once took pride of place. But the U.N.’s Clean Development Mechanism — by which rich countries offset their emissions by financing projects such as solar power and wind farms in the poor world — has suffered a series of blows and is looking moribund, following the near-collapse of the EU’s emissions trading scheme. If such offsets are to continue to 2020 and beyond, they badly need a shot in the arm at Paris. Otherwise, new means of channeling climate funds must be proven to work.

Yet another trend that differentiates the setting for COP 21 from that of COP 15 is the recent increase in coal consumption. “Party time for coal” is how one energy trader has characterized the past few years, as tumbling prices and rising use have led to a resurgence in the fortunes of this carbon-intensive fuel in many parts of the world. The result has been, particularly in poor countries, the building of more inefficient, old-style coal-fired power stations. Leading bodies such as the International Energy Agency and the OECD have warned that this is probably the most serious threat to tackling climate change, and it may not be solved by the Paris talks. When new coal-fired power stations are built, they are likely to continue operating for as long as half a century, locking the world in to high levels of emissions.

Is a deal in the cards?

Finally, two years after Copenhagen, the world passed an important milestone: Human population reached 7 billion. The sheer complexity of ensuring all are fed, have decent lives and opportunities, and are lifted out of poverty increases as our numbers increase. Many scientists argue it is perfectly possible to achieve these goals without breaking through climate thresholds, but it will be tough.

In the lead-up to Paris, the most valuable commodity will be the willingness of the world’s governments to come to a deal. Whether this has changed since the Copenhagen talks remains to be seen. Many of the signs are pointing in that direction, but ultimately the choice of whether to listen to scientists, citizens and businesses lies with ministers and their leaders.

Fiona Harvey is an award-winning environment journalist for the Guardian. She previously worked for the Financial Times for more than a decade. She has reported on every major environmental issue, from as far afield as the Arctic and the Amazon, and her wide range of interviewees include Ban Ki-moon, Tony Blair, Al Gore and Jeff Immelt. She tweets from @fionaharvey.