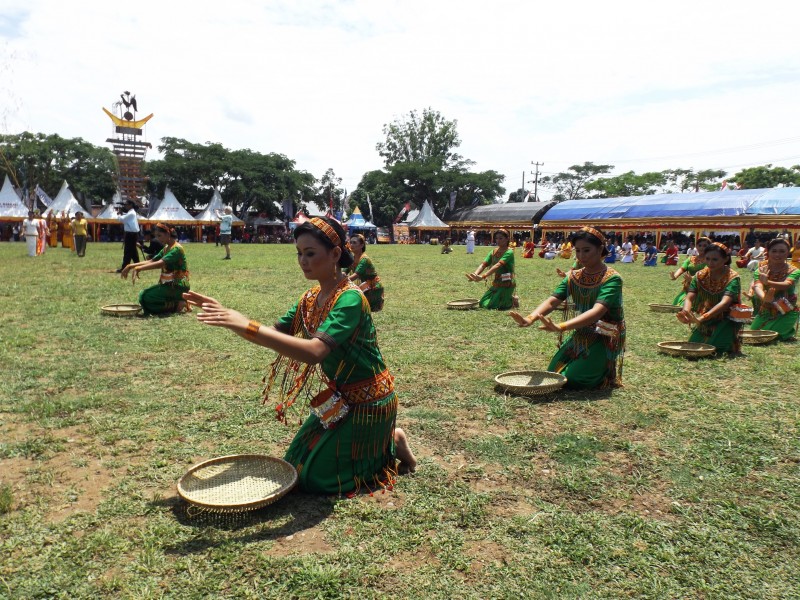 Toraja is an indigenous group in the mountainous region of South Sulawesi. An annual cultural festival called the “Lovely Toraja” showcases the ethnic group's traditional songs and dances. This year's event was held at Rantepao City on November 9.

The festival started with 500 students performing the kick-fighting dances of Sisemba and Pagellu. It was followed by the war dance Ma'tenten, which was played while a buffalo was sacrificed in a traditional ceremony. Next, dancers performed a Mangaru’ dance—a dance that was originally composed to honor the community's leader. A warrior dance (called “Ma'randing“) welcomed distinguished guests in a grand ceremony for the nobility. The dancers featured uniformed soldiers carrying a large shield and sword.

Toraja’s oldest dance, Pa'Tirra’, was performed during the ceremony Rambu Tuka’ (an expression of gratitude to God). This dance is believed to have descended from the sky with Puang Matua, the Almighty Creator in Nabua ceremony. Dancers used weapons made from bamboo while screaming continually to drive away evil.

In addition to dance and song presentations, a procession of six albino buffaloes was also a highlight of the program. Buffalo is an animal sacrifice in the death ceremony in Toraja. After the animal offering ritual, buffalo horns are used to decorate Tongkonan, the traditional house in Toraja.

The festival was witnessed by ambassadors from Zimbabwe, Chile, Croatia, Vietnam, Bangladesh, Mongolia, and other diplomats from ten countries. An estimated 110,000 people visited the region to join in the Toraja festivities.

Below are some pictures from the 2015 “Lovely Toraja” festival: 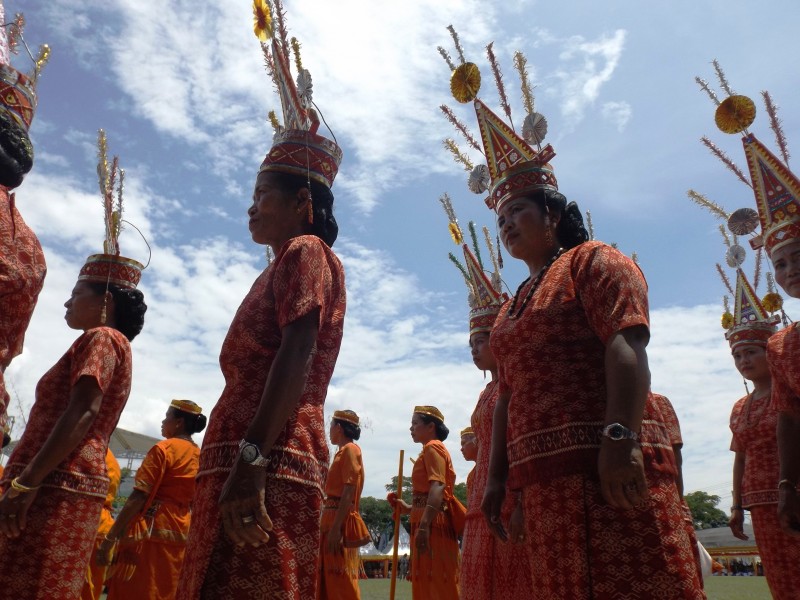 Ma'katia is a traditional dance to welcome guests in the funeral of a noble person. Photo by Arpan Rachman 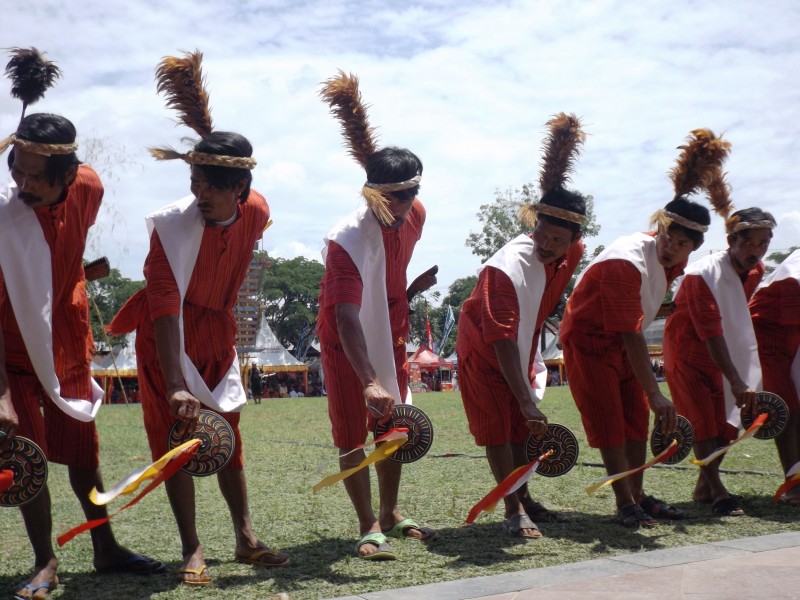 Manimbong is performed to honor God for His blessings. Photo by Arpan Rachman 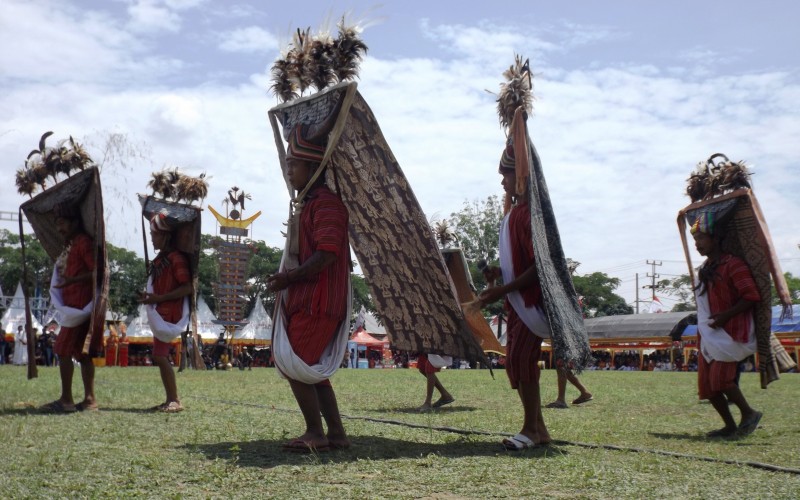 The Manganda’ dance is performed with a group of men wearing head decorations made from a silver coin, the horn of a buffalo, and a sacred black textile. Photo by Arpan Rachman 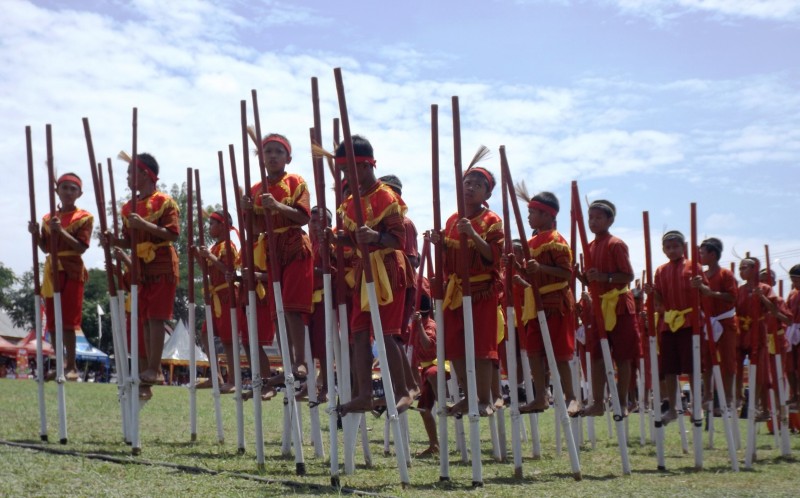 Katekka or stiles is a traditional game in Toraja. Photo by Arpan Rachman 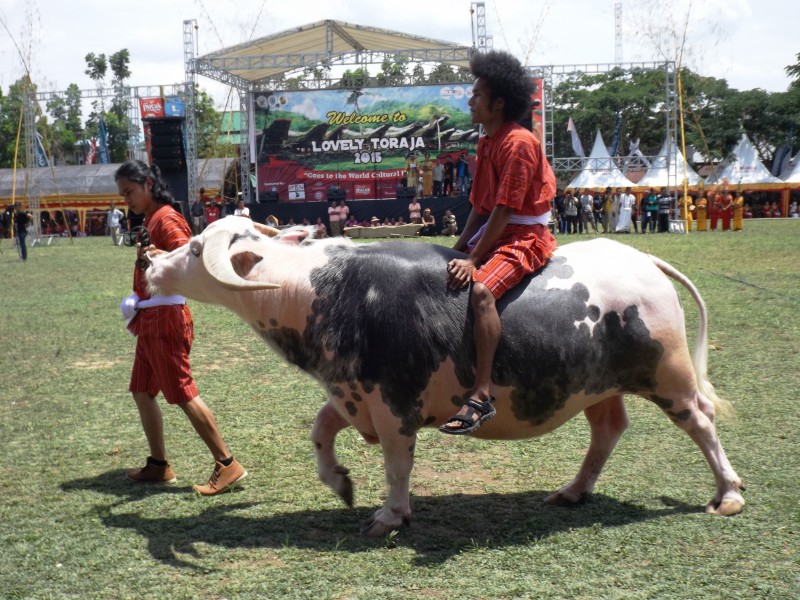 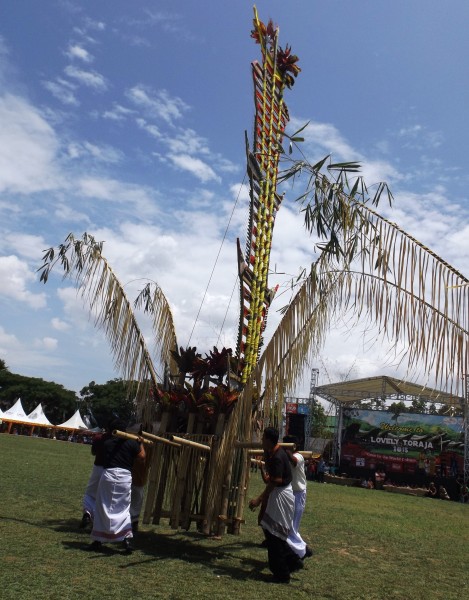 Lettoan is a procession where the participants carry livestock on their shoulders as part of a ceremony to celebrate the building of a new Tongkonan (A traditional Toraja domicile). Photo by Arpan Rachman 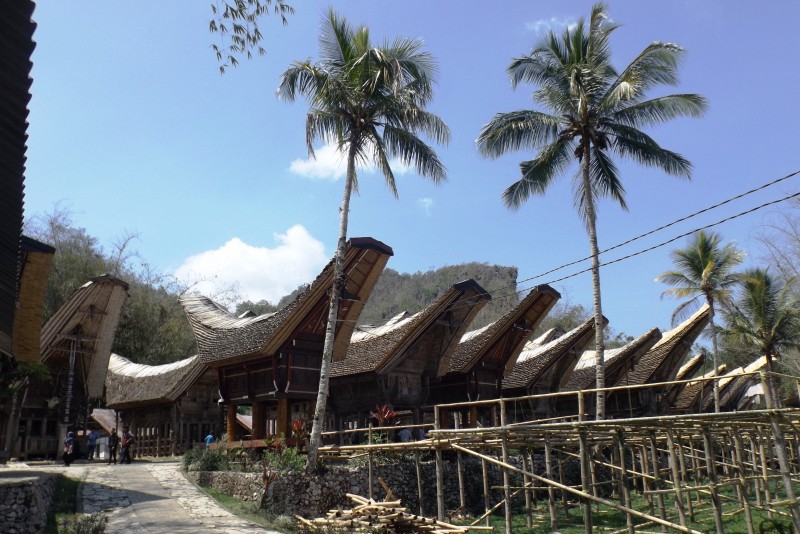 Tongkonan: traditional houses of the Toraja tribe from Indonesia. Photo by Arpan Rachman 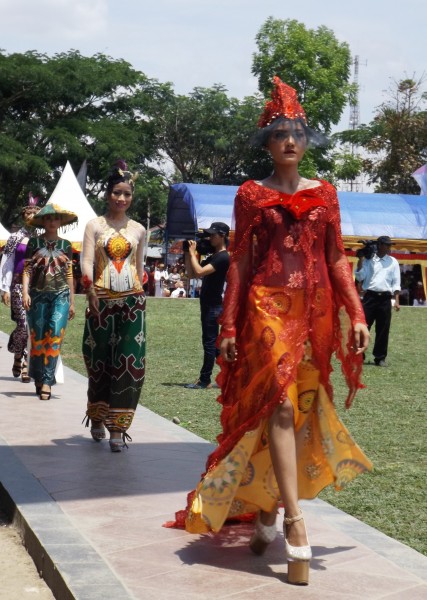 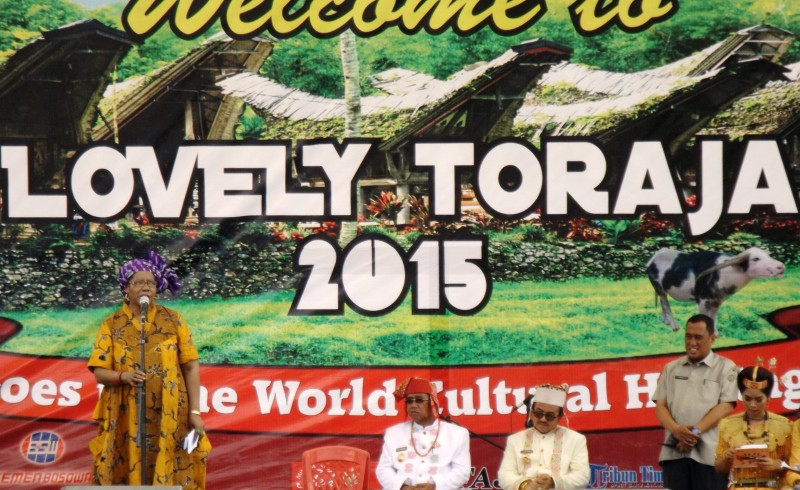 The ambassador of Zimbabwe, Alice Mageza, addresses the crowd during the festival. Photo by Arpan Rachman

All photos by Arpan Rachman