After the Paris Attacks: For It to Be Unity, It Can't Be Partial 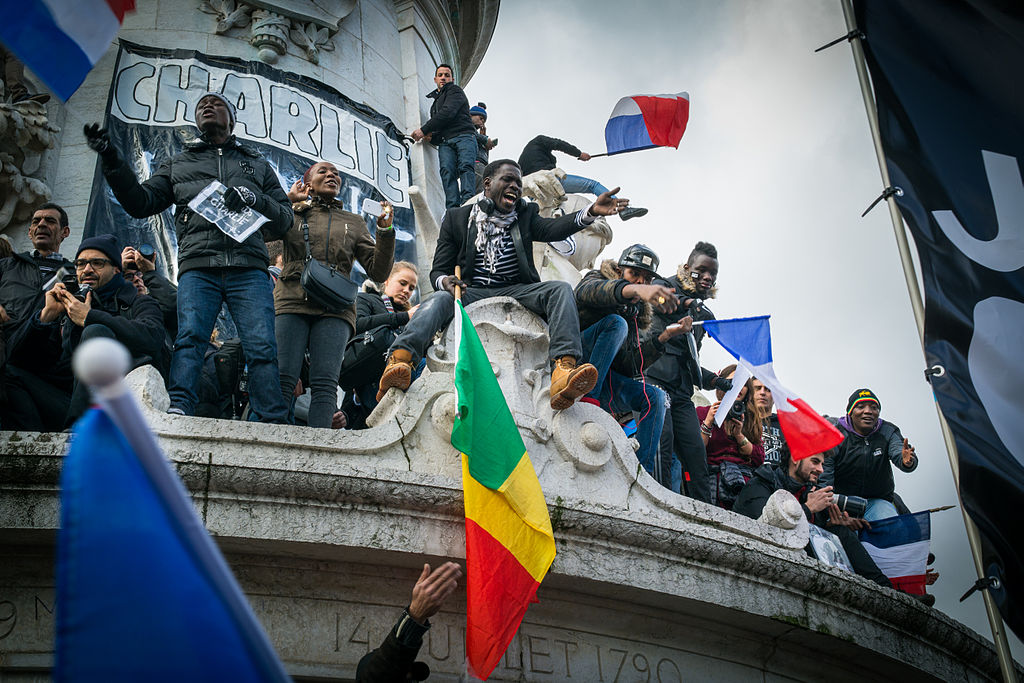 Paris rally in support of the victims of the 2015 Charlie Hebdo shooting, 11 January 2015. Photo by D B Young via Wikimedia Commons.

Last Friday’s attacks in Paris, and those that took place the day before in Beirut, hit me hard. Stuck with friends in a bar not too far from one of the targeted restaurants, I wondered why the targets should be ordinary streets with just a couple of restaurants. Why a stadium where regular people go. No attacks on the big symbols. Nothing against the Eiffel Tower. Nothing at the Champs Elysées. Instead, the targets were places where Paris shows its multiple colours and tendencies. It was a direct strike meant for all of us. Even if I still don’t have a very clear idea of who “us” is.

I arrived in Paris seven years ago to study education and work on a thesis that I haven’t finished yet. And it’s funny that I’m now on this path of becoming a sort of researcher in education and learning here, because almost everything I’ve done since I arrived has been precisely that—learning. I’ve learned how to be a foreigner, how to struggle for my studies, for work, for papers.

I’ve also learned what it is to live in a famous city and the parts of it that few people outside of it know about. I’ve learned about the exquisite Arab Paris. And the Antillean Paris, and the African Paris. And also the Paris of the groups variously known as expats, migrants and foreigners (who, funnily, are not the same thing, even if they live in really close proximity). In many ways I was reborn in Paris, which I have realised is not just a city or a (overused) symbol, but also a multicoloured, multicultural, multiethnic hub.

I’m also a proud Venezuelan woman who sees her country now from afar, but keeps it close. I am myself a mixture of colours and views that never stop moving. So, I too, am part of the different colours and nationalities that fly around this city and make it what it is.

Since I arrived in Paris I’ve followed the endless discussions on origins, skin colours, backgrounds and religious faiths. Part of my research work is based on—of all subjects—intercultural sensitivity. These conversations are emotional, and therefore uncomfortable. But they’re necessary. And I say this because it seems that dividing the world between “us” and “them” isn’t useful. And it never has been. In fact, the artificial creation of difference is what fuels all of this. And this is how we learn to see “ourselves” and “others”, and this is the lens through which we have studied history and watch the news. “Us” and “them”. “Here” and “far away”. I don’t think we can afford to keep this view of the world anymore—assuming we ever could—and maintain this denial of reality.

If there’s something that shocks a lot of friends and family coming to visit, it’s the diversity of a city they thought of as predominantly white. But if there’s something that shocks me in my current research work, it’s the way regions outside the West are referenced in books about intercultural studies/education/exchange. Mentions of the “Third World” are common. Different words are used to describe works and researchers from Europe and the US from those coming from Asia or Africa. The world outside our immediate view is a big blurry monolith lacking in the complexity we attribute to our own surroundings. The word “intercultural” becomes increasingly fashionable, but the subject continues to be blurry and the discussions too simple to be useful in addressing the challenges we’re now facing.

What I’ve concluded in the midst of all of this, is that friends have many faces, and so do foes. Victims and perpetrators come in many colours and the wear all kinds of clothes. The tradition of marking someone, or putting him/her in a box becomes less effective by the second. And as much as the media keeps silent about other attacks and other victims, they affect us all, they deepen this conflict. In the current context, even if no one sees the tree fall, it makes noise, it makes the ground move under our feet. Even if few people want to talk about discrimination and abuse, those things still happen.

This is why, I think, it has been very easy to say that the attack is against “our” values. I don’t know what values those are, and I’m not sure who “us” might be. Scrolling up and down Facebook, reading impressions, testimonials, opinions, statistics, I see that the main victims of the attacks are people of all colours, and over 15 nationalities. I also see that some of the perpetrators are French citizens. Just like the perpetrators that attacked Charile Hebdo’s offices. What I’m thinking now is that we’re seeing up close the danger that comes with dehumanising others, and trying to identify them with one quality or two. I’m also seeing a sort of nationalistic rhetoric growing, flags and symbols, and I see others fearing the way those symbols don’t evoke feelings of peace, but of separation and revenge.

I also read about so many young people alienated by images of success sold by media, and denied dignity by their own compatriots. When I come across research addressing violence in schools that discusses intercultural education in terms of “integration”, when I walk around my neighbourhood and see groups of young people hanging about for hours, apparently doing nothing other than smoking, when I talk to friends who face plain and direct discrimination, I think of conversations that need to go much further.

Not that this is, by any means, an easy discussion. Calling for unity make perfect sense. But the unity we speak of has has been damaged for a quite some time. Deepening those separations under a call for unity can only make things worse, and maintaining the narrative in which some victims matter more than others will fuel things further.

If there’s to be unity, it can’t be partial. It’s impossible for me to see this and not to think of the tragedy that keeps repeating itself in my homeland of Venezuela, with a similar number of violent deaths, except that in this case it's per week.

While these scenarios may be quite different, they connect with the fact that the role of young people, and those who serve them, is crucial. I realise it’s not surprising for an education sciences researcher to advocate for education right now. But I don’t see how we can overcome any of this without taking care of a generation currently mired in economic desperation and identity politics.

My hopes lie in the country’s public thinkers, whom I trust will use the their space in the media to remind the country of these urgent issues, and also in this new generation of French people. May they come to embrace values of peace, and not fall into the trap of those who wish to use them for political gain.