The Best of Paris Shines Through During Its Worst of Times 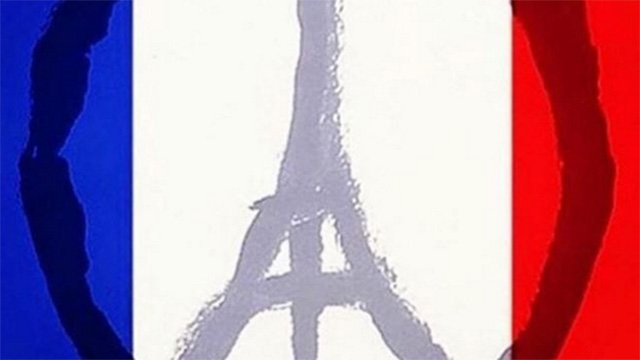 On November 13, 2015 mass shootings and suicide bombings took place in the 10th and 11th districts of Paris, as well as in the northern suburb of Saint-Denis.

Three separate explosions blasted near the Stade de France where a football match was taking place between Germany and France, while six mass shootings killed dozens of civilians. The deadliest attack was at the Bataclan theatre where attackers took hostages and killed at least 80 concertgoers. Eight attackers were killed in addition to two suicide bombers.

As of November 14, at least 128 people were reported dead. In addition, more than 300 people were injured during the attacks, including 80 people who were listed as being in serious condition.

French President François Hollande announced a national state of emergency, and  temporarily closed the borders of France, the first time such a decisions was taken since 1961.

This is the worst tragedy to have struck Paris since the Charile Hebdo attacks in January this year.

The city has awakened in a state of dread and fear as police convoys patrol the streets. Many messages of sorrow and solidarity were posted following the attacks, whether on private messaging apps or public forums.

Cellular networks slowed as people tried to confirm the safety of friends and relatives.  Many families were still trying to find out the whereabouts of their loved ones via the hashtag #rechercheparis. Others showed solidarity with victims by posting messages followed by #liberteegalitefraternite:

For pete's sake, will you just love one another ?

Others recalled the civic response following the Charlie Hebdo attacks:

“Not even afraid” but we need to heal, understand and get organized.

Despite grief and shock, many Parisians have been praising spontaneous acts of kindness took place during the night of terror. Taxi and Uber drivers reportedly offered free rides to stranded pedestrians, for instance.

As the nature and the location of the attacks became clearer, Parisians took to Twitter to try to help those stuck in the gridlock on the streets via the hashtag #portesouvertes (open doors).

The hashtag was trending during the night of the attacks. Residents provided home addresses to offer temporary shelter:

#porteouverte send me a message for a safe place in canal Saint Martin. Please be safe

Ordinary French people opening their doors to those affected. #PorteOuverte is a sign that the French spirit is stronger than ever.

Tribute to Parisians’ spirit during #PorteOuverte. Thank you

Citizens in other cities reciprocated the idea by offering shelters to Parisians who were stranded outside France after its borders were closed.

Any Parisians stuck in the UK, we have room at our home not too far from Heathrow airport #PorteOuverte

In times of adversity, the true character of a community shows through. To those offering #PorteOuverte, you make me proud to be a human.