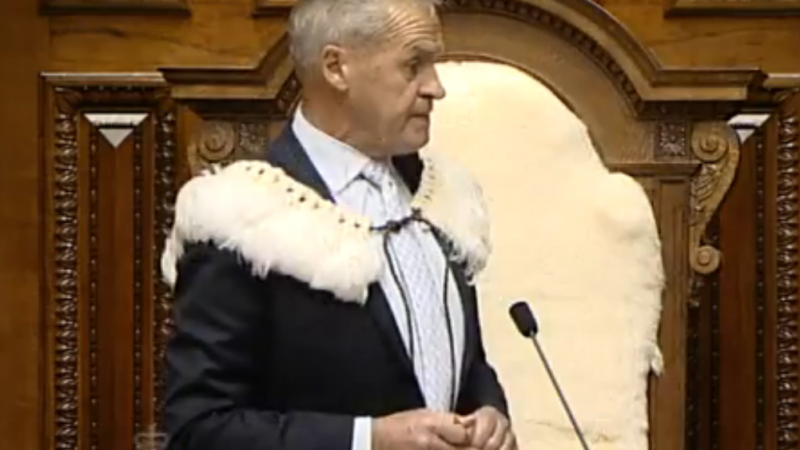 The speaker of the New Zealand House of Representatives, David Carter, sparked outcry after he ejected several female members of Parliament who had been trying to disclose that they were victims of sexual assaults.

The clash followed Prime Minster John Key's attack on opposition members for “backing the rapists” over the controversial detention of New Zealand citizens in Australia. They are waiting on appeals against their deportation, which applies to those who have had gaol terms of more than one year.

The prime minister insisted that majority of New Zealand citizens detained in Australia were convicted for murder and rape.

Some female members of Parliament felt offended by the remarks of the prime minister and demanded an apology from the leader. Some came forward to testify that they were victims of sexual violence but they were stopped by the speaker.

If you wonder why sexual assault victims don’t speak up, just note how Speaker Carter dismissed those who did https://t.co/MwsiciB1XW

Paul Williams expressed feelings that were being shared widely under the Twitter hashtag #SacktheSpeaker:

Many have been concerned that the issue of sexual assault has been diminished by its use for political point scoring:

Rape is not something to be trivialised #1in4 women @JohnKeyPM you seem to need the reminder #sackthespeaker https://t.co/Ya8QBqHBa1

Speaker David Carter has had his supporters with some questioning the integrity of those expressing outrage over the incident:

Tired of faux outrage, members heckling other members on the way to Parliament, and grandstanding by throwing tantrums and walking out #nzqt

Allan Buxton did not pull any punches in his criticism:

Those MP's who just made those points of order to get thrown out are nothing but scum. #NZQT. I know that sounds harsh but it's a fact IMHO

To judge by the handle, ArrestJK is no friend of Prime Minister Key and would like to see another form of democracy applied:

Now that #nzqt seems to be the top rating reality show, can we start to vote people off it? John Key or David carter tough choice #nzpol

Launch John Key and David Carter into the sun.

Anyway, it is a fair bet that the New Zealand speaker does not top the national Twitter trends very often: