Iran’s Minorities Use the Internet to Overcome Tensions 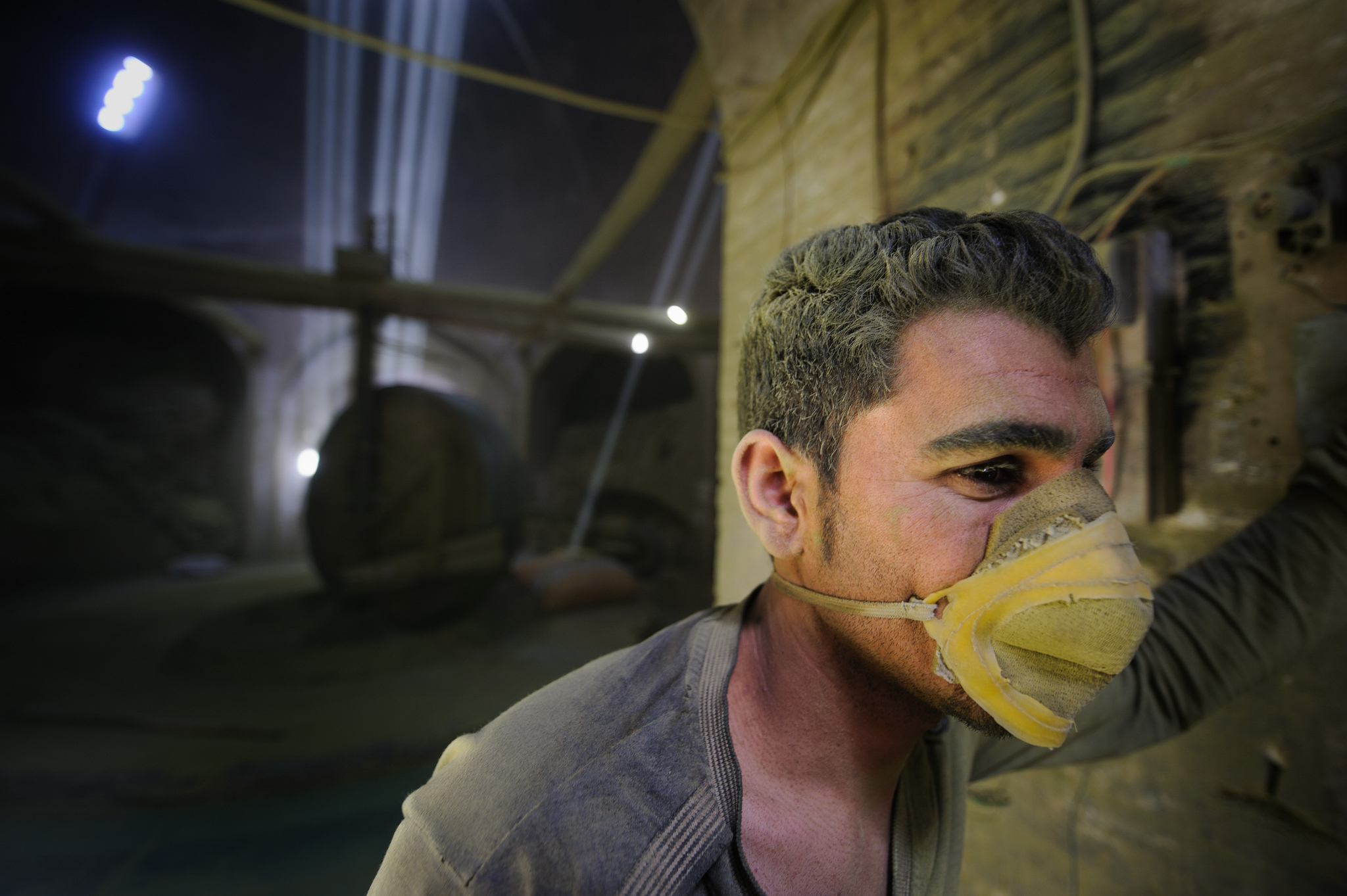 An Afghan man works on a construction site in Shiraz, Iran. With few alternatives for work, construction is often the only work Afghans will find, yet they are still derided for taking jobs away from ethnic Iranians. Image by Simon Monk (CC BY-NC-ND 2.0).

This post was written by James Marchant, the research manager for Small Media based on the research report National Fabric: Iran’s Ethnic Minorities.

Most minority communities in Iran have a long and troubled history of grievance with the central government. Some activists are using online spaces to give voice to these tensions, though others are working hard to overcome them.

The growth of all these campaigns and cultural organisations in online spaces has taken place because the Iranian government has been closing off so many spaces for legitimate cultural and political expression within minority communities over the past decade.

As news broke of the nuclear deal on 14 July, Yama—an Afghan living in Iran—took to Facebook to share his joy at the news that Iran’s age of sanctions and isolation was coming to an end. He posted:

I’m from Afghanistan—I send my congratulations for the nuclear deal to all dear Iranians!

Within an hour an Iranian user named Kian offered this reply to Yama’s gesture of goodwill:

It does not concern you. Iran will never be your homeland. You are guests here—if unwelcome ones.

Decades of conflict and strife in Afghanistan have resulted in one of the world’s most protracted and ruinous refugee crises, with hundreds of thousands of Afghans now living in Iran (down from a peak of around 3 million in 1991). Afghan refugees and migrants have been pulled into Iran’s low-wage economy, with ILO-UNHCR reporting that a large majority of displaced Afghans work in the construction and manufacturing sectors. This influx of cheap labour has drawn the ire of some Iranian labour activists and populist politicians, who have done their best to focus public anger on Afghan migrants and refugees for ‘stealing’ Iranian jobs.

Iran is one of the most culturally and linguistically diverse countries in the Middle East, but decades of mistreatment of minority communities has resulted in the growth of ethnic tensions.

Public hostility towards the Afghan community has been matched by harsh treatment from officials, who have barred Afghans from public places ranging from swimming pools to cemeteries. Scattered across the country and living on the margins, Afghans have until recently struggled to organise and mobilise against these injustices. But things are starting to change for them, and for Iran’s diverse array of ethnic minority communities.

Small Media’s new report National Fabric: Iran’s Ethnic Minorities shows how the Afghan community—among many others—has been using technology to come together and push back against societal and state-sanctioned discrimination. In the Afghan case, this has included Facebook campaigns such as ‘We’re Ashamed For the Afghan Children in Iran’, which provide spaces for Afghans to catalogue injustices, and name-and-shame racist officials and policies.

Other spaces work to support Afghan refugees as they move through Iran and into Europe, with ‘The Afghan Question’ providing up-to-date information about logistical and security issues at border crossings, as well as descriptions of European asylum and resettlement policies. Both of these pages can boast more than 20,000 likes, and are host to frequent engagement from Afghan users and Iranians sympathetic to the plight of Iran’s refugee population. These growing collaborations between Afghan refugees and Iranian activists may offer a way forward for grassroots movements for migrant rights.

On Iran’s fringes, minority communities are using technology to help revive languages endangered by the government’s long-standing policies of assimilation and Persianisation. Whereas languages such as Azeri Turkish and Kurdish have been largely pushed out of the classroom, activists are making full use of social media platforms to try and bring about a renaissance in minority language and literature.

Amongst the Azeri Turkish community, these efforts are geared towards elevating the Turkish spoken in Iranian Azerbaijan from a colloquial dialect to the level of a scientific and literary language. Websites such as ‘Bilimsesi’—”Sound of Science”—outline ways that Iranian Turkish speakers should substitute Turkish technical words for Persian ones, in an effort to combat the perception of Persian as the sole language of science and higher learning. Other pages are focused towards rejuvenating the use of Azeri Turkish amongst young people, with Instagram pages like ‘Dil-Xoshlux’ use memes and jokes to promote the use of Turkish expressions in everyday life.

Linguistic activism aside, the majority of Azeri Turkish online activists are uninterested in talk of secession or radical pan-Turkic nationalism. Facebook pages such as ‘Sattar Khan’ celebrate Iranian Turkish identity while providing multilingual spaces for Turkish and non-Turkish speaking Iranians to discuss human rights concerns, and the prospects of developing a tolerant, multi-ethnic democracy in Iran. There are a few exchanges with Azerbaijani activists in the Republic of Azerbaijan, but users’ chatter is largely inward-looking and divorced from the politics of irredentism or separatism.

In Kurdistan, social media activists have a more outward-looking focus. The political influence and cross-border nature of Kurdish nationalism has meant that the vast majority of Kurdish social media pages are used by Kurdish communities in Iran, Turkey, Iraq and Syria. Most offer content in a full range of Kurdish dialects, allowing users from across the entire Greater Kurdistan region to participate in discussions about Kurdish identity, history, politics and culture.

Although Iranian Kurds have had access to Kurdish literature and satellite television for decades now, they have largely been a population of cultural consumers. The tight controls imposed on Kurdish-language media by the government has meant that the population has struggled to make many significant contributions to the development of the Kurdish nationalist discourse—instead, Kurdish voices in Iraq and Turkey have dominated. But now pages like ‘Nodshe’, ‘Mahabad’, and ‘Kermanshah Music’, and e-publishing platforms like the ‘Bokan Literary Committee’ are offering Iranian Kurds the chance to take up the role of cultural producers, and share their work with Kurds across the entirety of Greater Kurdistan.

Most minority communities in Iran have a long and troubled history of grievance with the central government. Some activists are using online spaces to give voice to these tensions, though others are working hard to defuse them.

Although the Rouhani government has delivered on its campaign promise to offer Kurdish-language instruction in Iranian Kurdistan’s schools and universities, the Turkish, Arab and Baloch communities are still waiting for similar reforms to be offered. Cultural organisations such as the Ahwazi Arab Al-Hiwar Institute remain closed, and a number of founding members have been executed on Rouhani’s watch.

Iran’s ethnic minority communities remain under siege, but their creative use of technology has allowed for the development of active and resilient online communities, and new platforms for cultural development and expressions of resistance to Iran’s policies of Persianisation. If the government wants to resolve the minorities issue once and for all, the only sensible option is to recognise communities’ rights to linguistic autonomy and cultural expression. Until this is achieved, minority grievances will continue to find expression online, and Iran’s tightly woven national fabric will be at risk of slowly unravelling.