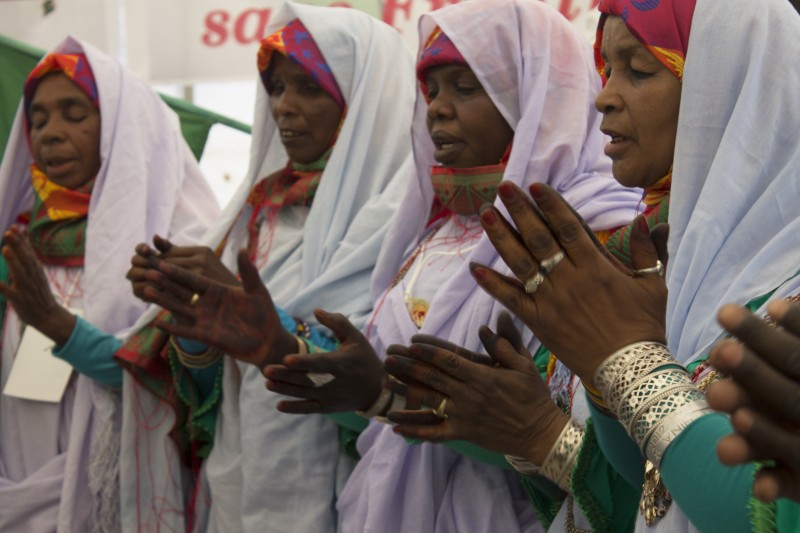 In between the rising sea and encroaching desertification, young activists in North Africa are leading conversations on big environmental questions.

Should we think twice before covering the Sahara in solar panels? Did the Arab Spring lead to greater climate action? How can we make the voices of communities affected by climate change reach policy-makers?

In this multimedia piece [1] produced by 350.org’ [2]s Thelma Young, Hoda Baraka and Sarah Rifaat, activists from Tunisia, Egypt and Morocco speak out about their part in building a climate movement in North Africa.

I've been all my life  interested in climate change and climate chaos and climate justice because that's how I've lived, how I grew up, seeing all that.

Radhouane  [3]is a freelance correspondent and producer based in Tunisia, the third country in the world to acknowledge climate change in its Constitution [4]. His crowdfunded documentary “A Siege of Salt and Sand” [5] documents climate change issues in Tunisia. The title introduces the story of a country “besieged between the sea level rise and the desertification”. He puts it simply: “If we don't react, we are gonna be a tiny bit of land stuck between the coast and the desert.”

When you look at the Tunisian people before and after the revolution, you can feel there was a big change. For the first time people felt that they owned the country. So that brought climate change and climate chaos discussion to the table. Which later pushed the representatives of the nation and constituent assembly to make Tunisia the third country that admit the existence of climate change in it’s own constitution.

Watch the trailer for “A Siege of Salt and Sand”

I didn't choose to be a climate activist. It's rather something that imposed itself as a global problem, a problem that threatens security on this planet.

That pushed me to do something.

Fadoua is the founder and president of the Moroccan Youth Climate Movement [6]. She wants a better future for Morocco, but she also wants a just and equal energy transition, which means taking into account the rights and demands of the local people affected. As she puts it: “When it comes to a shared problem, and when it comes to people's security on this planet, you have to get those people — everybody — involved in the discussion.”

So before you applaud Morocco for building the largest solar park in the world, think about how it’s impacting local communities already experiencing a water crisis. 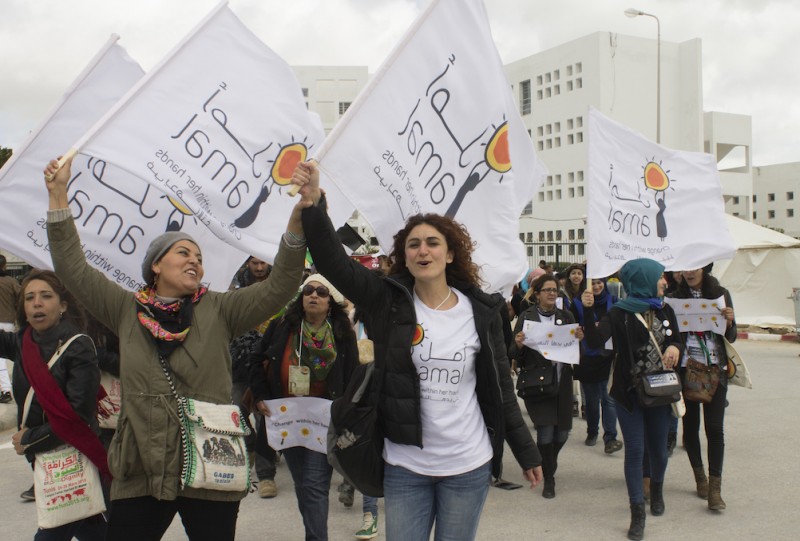 Tunisian women's march for their rights and their futures during the World Social Forum. © Thelma Young / 350.org

Climate change is already impacting communities on the north part of Egypt, who live in the Nile delta and close to the Mediterranean sea because rising sea levels are already encroaching upon the agricultural lands. There are farmers who are having to relocate their towns because of the sea coming into their lands.

Farmers in other parts were impacted by the changing seasons; there is an increased risk in the Red Sea on the marine life there. Impacts are happening all around us.

Sarah is the Arab World Coordinator for 350.org [7]. Years ago, she realized that climate change is about much more than polar bears. As an Egyptian, she has seen numerous examples of communities forced by the sea level rise to relocate, even several times.

She is concerned with climate adaptation and climate justice. She questions adaptation measures like the big enclosures that protect rich industries from the sea level rise and put the communities that live nearby at risk, or the policies that encourage big agribusiness to reclaim the lands that displaced communities leave behind. For Sarah, those are examples of “the opposite to climate justice”.

People are starting to notice the extreme weather events. It’s scary to think that when it becomes so extreme, and everyone feels it, will it mean it’s too late?

350.org [2]is building a global climate movement. This article is republished on Global Voices as part of a content-sharing agreement.