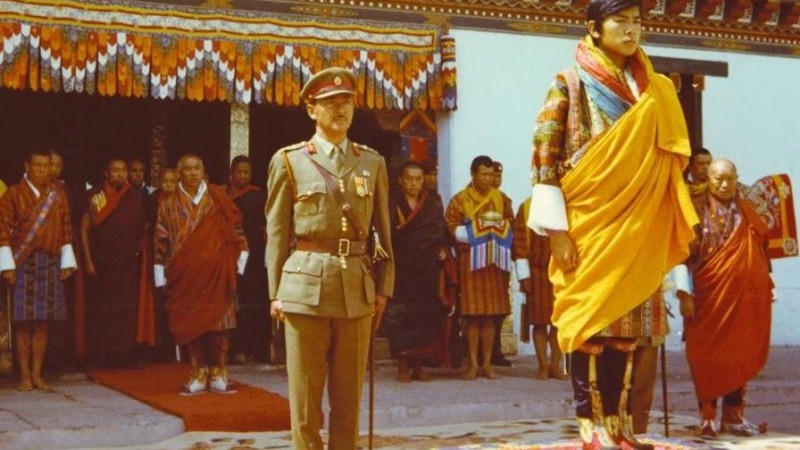 He may have retired himself as king of Bhutan in 2006 when he ushered democracy into this tiny Himalayan kingdom, but the fourth king of Bhutan, Jigme Singye Wangchuck, (father of current King of Bhutan Jigme Khesar Namgyel Wangchuck) is still very much in the hearts of the citizens even today.

Retired or not, many Bhutanese love him for being a ruler who focused more on the well-being of his people than on power and fame. He is credited for bringing in meaningful progress when the tiny country amidst giants (India and China) remained largely isolated and underdeveloped, and for doing a great job especially given that he prematurely ascended the throne at 16 years of age in 1972.

Much of this gratitude and genuine respect for the “great fourth”, as he is known, is evident as Bhutan prepares for grand celebrations for his 60th birthday on November 11. Social media is seeing an outpouring of heartfelt tributes from Bhutanese all over the world, indicating how widely loved and respected he still is. Pictures of him and thanks for his contributions have proliferated on personal profile pages and citizen media.

Kurim for 60th Birth Anniversary of His Majesty the Fourth King of Bhutan at Tendrel Thang, Thimphu pic.twitter.com/mKrpPUGiDN

Passing Tshering, an educator, updated an earlier tribute to the king on his blog:

At 17 I was in high school trying to figure out why my mathematics teacher didn't like me, why the warden had to be so strict, why all the beautiful girls were scared of me, and what was I doing there in school…But at 17 young crown prince Jigme Singye Wangchuck not only lost his father, but also his king. Bhutan turned numb at the news but young Jigme had to wipe off his tears midway down the cheeks and answer to his country's calling.

Outward shows of respect for monarchs or dictators, simply for their position, abound around the world. But in the case of Bhutan, the praise for Jigme Singye Wangchuck is rooted in the fact that the people attribute much of the nation's success to him. Many look back on his reign with great nostalgia, remembering how an isolated country was successfully led into the international arena and into the 21st century by someone who had their best interests at heart.

Grounded as he is exalted. Wise as he is pragmatic. Humble as he is daring. The Great Fourth is alive.
What a precious opportunity it is to celebrate such a life. […]

This man does not claim credit. Does not hanker after bouquets. Does not involve himself in pettiness. Does not get lost up in the summits. In all dualistic callings, equanimity is his measure. 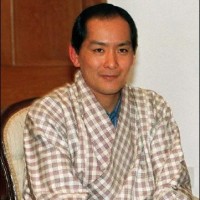 Jurmi's words resonate with many Bhutanese. They have seen a king who did not choose to lead summits, but instead remain the quiet force behind his nation's progress. He never took expensive vacations overseas; instead he spent his time trekking and biking in the country-side, getting to know his subjects. He didn't and still doesn't live in a palace, but in a cabin nestled in the pine forests.

Writer Tshering Tashi, who has written “Myth and Memory: Untold Stories of Bhutan” and “Bold Bhutan Beckons,” narrated a short excerpt from a National Assembly report in 1998 on his Facebook page.

Proposals for a suitable palace for His Majesty has been made in the past by the government officials and people. However, let alone the construction of a palace, His Majesty the King does not even approve the procurement of new vehicles to replace the old vehicles in the royal garage or even the regular maintenance and re-furbishing of the log cabin in which he resides. Speaker of the National Assembly, 76th Session of the National Assembly (29thJune –30th July 1998)

Jigme Singye Wanghchuck's development philosophy of Gross National Happiness, which focuses on people's well being, rather than material acquisition, was at the centre of all his development plans in Bhutan. It was a cue he took from his father, Jigme Dorji Wangchuck, the third king of Bhutan, who in 1968 decreed that the National Assembly rulings could remove ministers and also himself, the king, from office. The following November, he renounced his veto power over National Assembly bills and said he would step down if two-thirds of the legislature passed a no-confidence vote. He was also a man who traveled on an ordinary passport that said he was a government employee.

Sushila Gurung, a teacher in Thimphu, wrote on her blog about the “great fourth”:

[all sic] When world raced for socio-economic developent stamping [out] social happiness, you prioritzed Happisness as the ultimate source of overll development…Word sounds limited to when the heart is full.the person behind the destiny of Bhutan then and now .A king who fought along with the common soldiers in times of political turmoil.Which leader of 21st century has acclaimed such a height of infinite love for the county and its people…

Sonam Dorjee, who works with the Ministry of Education, posted a poem he composed on his Facebook page which probably sums up how many Bhutanese are feeling at the moment: