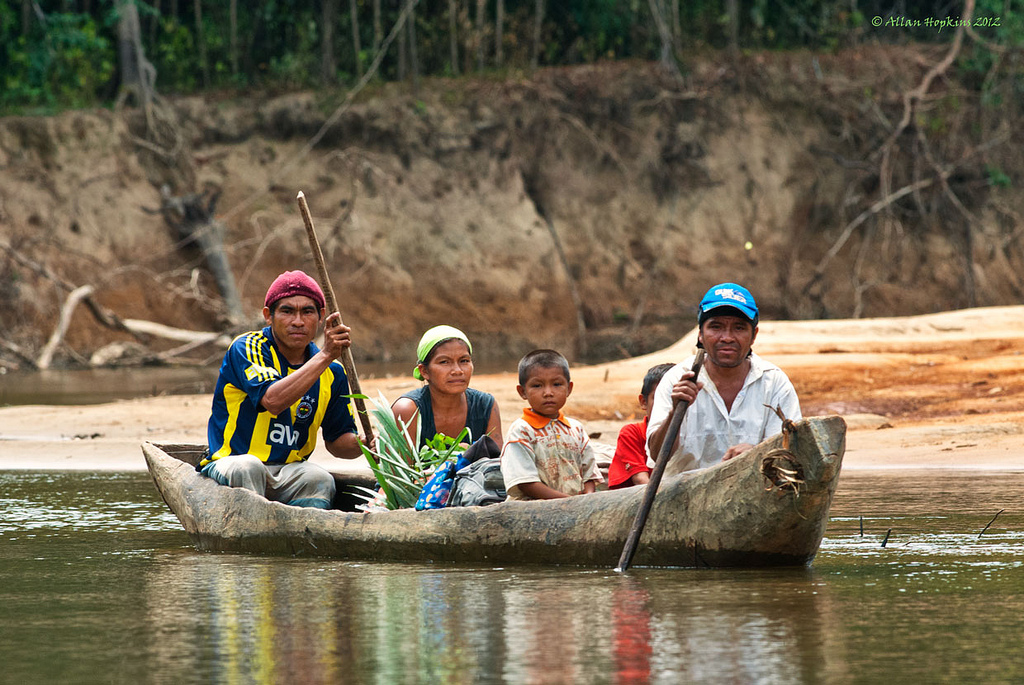 A family paddle down the upper Rupununi River in their dugout canoe, north of the Kanuku Mountains Photo: Allan Hopkins

LP, whose identity will not be revealed for safety reasons, belongs to the Pemón Arekuna indigenous community located in Sakaiká, 125 kilometres from Santa Elena de Uairén. Santa Elena is the main city in Venezuela's Gran Sabana district, close to the remote borderlands that separate the country from Brazil and Guyana. Every time she wants to go back to her birthplace with her family, she takes a taxi or bus to Sakaiká and goes deep into the jungle.

This region currently called “Guyana” was once called Ikén by LP's ancestors, according to Mariano Gutiérrez Salazar's book Pemon Culture (Cultura Pemón, UCAB 2002). The large territorial extension is highlighted on some Venezuelan maps as Guayana Esequiba or “Zona en Reclamación” (Reclamation Zone) but avoided in many others. It is a zone administered by the Cooperative Republic of Guyana and which the Bolivarian Republic of Venezuela claims as part of its own territory.

LP was born in Parima, an Arekuna community located on the other side of the Schomburgk Line, a border delineated in the 19th century following a boundary dispute between Venezuela and British Guiana (now Guayana). When her birth certificate was issued, however, she was listed as a native to San Rafael de Kamoirán, a Pemón Arekuna community located to the west side of the zone marked in red on the map below. 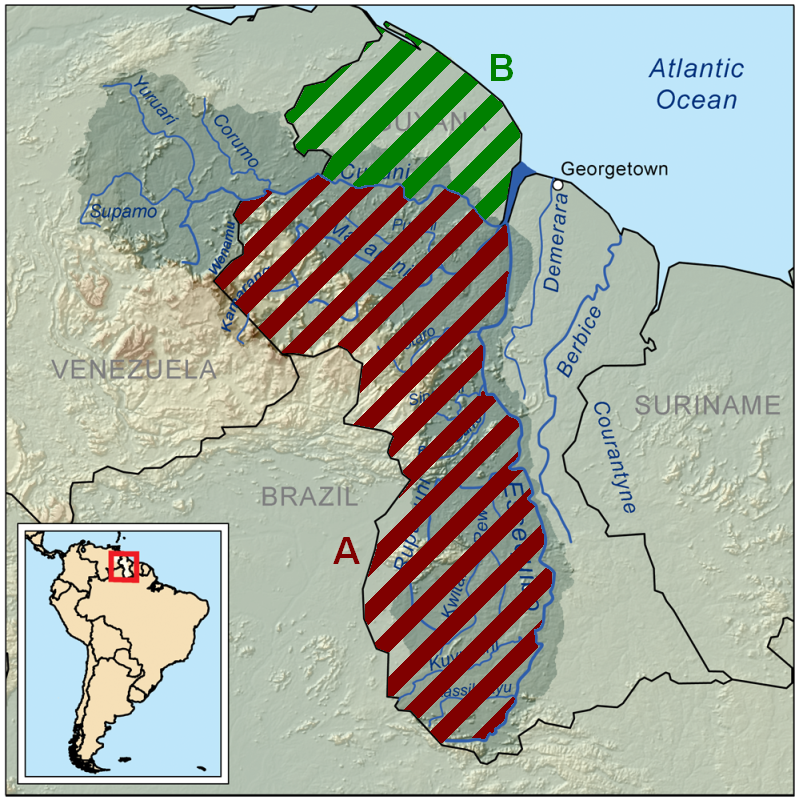 The Parima community was converted to Adventism by foreign missionaries in the first half of the 20th century. A dispatch published in the Adventist Missions Quarterly (Third Quarter, 1942) provides an insight into the nature of their conversion:

Brother and Sister R. E. Brooks are at Parima Mission. They have a large number in their baptismal classes, and many were baptized in 1941. Indians come from Venezuela to study, and they carry the message back. Catholic priests and generals from Venezuela have visited Parima, and they speak highly of our good work and our methods employed in teaching. Brother Brooks is a colored man from Nicaragua, but was brought up among the Indians, and he seems to be well suited to work for them.

LP and her relatives carry provisions during an eight hour hike through the jungle to Parima. There is no customs office to report to. Sometimes, she says, they stop halfway before crossing the river so they can cook, bathe and rest until dawn. The next morning, after breakfast, they pick up the trail to their destination.

She pronounces the word Parima with an accent. Her native language is Arekuna and she learnt to speak English at a young age. She was able to master Spanish — the region's lingua franca — once her parents left Parima Mission to spread the gospel among the Taurepán community, with whom they share the same language.

LP is officially Pemón Arekuna. Since the constitution of the Bolivarian Republic of Venezuela came into force in 1999, the new national ID card recognizes the community and even indigenous group she belongs to.

But many of these groups also live on both sides of the border and have been prosecuted by the Department of Immigration and Foreign Services for remaining in Santa Elena undocumented.

“If they come back, they will be deported to Esequibo,” says LP.

Venezuelan authorities demand the Warao people identify themselves as Pemón, so as to avoid being taken for Guayanés, a discriminatory strategy that denies them of their origins.

They identify themselves as Guyanese or Amerindian.

Governments from each side of the border barely know about it but there is a group of Brazilian and Venezuelan citizens searching for gold and diamonds in the region. According to LP there are even “Chinese extracting wood” there, too.

They left Parima and went deep into Kuyuní region. They settled in Inawai, as far up as Las Claritas, where an Adventist mission later arrived, which they joined.

From Las Claritas, 88 kilometres on to San Martín de Turumbán, near Tumeremo (Sifontes district in Bolívar State), English is the dominant language between the indigenous people.

San Martín de Turumbán as well as San Ignacio de Yuruaní, both districts of Bolívar State, are communities that were founded by indigenous people from the Esequibo, those who once accepted the Venezuelan nationality but later became refugees.

Regarding the boundary dispute between Venezuela and Guayana, DD says:

That problem is nonsense to us. People from both sides of the border have been visiting each other.

Our representatives from both sides are politicised, that's why we have to get together and make a statement as indigenous [peoples].

In the book Cultura pemón, several pages are dedicated to the Makunaimas, intrepid characters in Pemón legends.

One story runs that Wei, the Sun, and a father to all Makunaimas, “like a good Pemón, travels to Ikén in search for provisions.”

In this sense, his descendants are following in his footsteps, however difficult the journey.