Music Was the Path to Financial Independence for This Indian Woman

This article and radio report by April Peavey for The World originally appeared on PRI.org on November 5, 2015, and is republished here as part of a content-sharing agreement.

Tritha Sinha is a woman who's always known exactly what she wants. “I always wanted to be free and not depend on my father for pocket money or eventually my boyfriends or brother and that sort of thing,” she says.

Sinha is the driving force behind the New Delhi- and Paris-based band Tritha Electric.  She grew up in Kolkata and says, in India, the women around her weren't all that happy. They were stifled. “I had seen tears on faces of my aunts or mother, or just teachers randomly at school — and that made me feel that something is just not right.”

Music, Tritha Sinha says, was her way out — a ticket to financial independence and liberation.

That independent streak started at a very young age. Tritha Sinha was only 5 when she started singing. 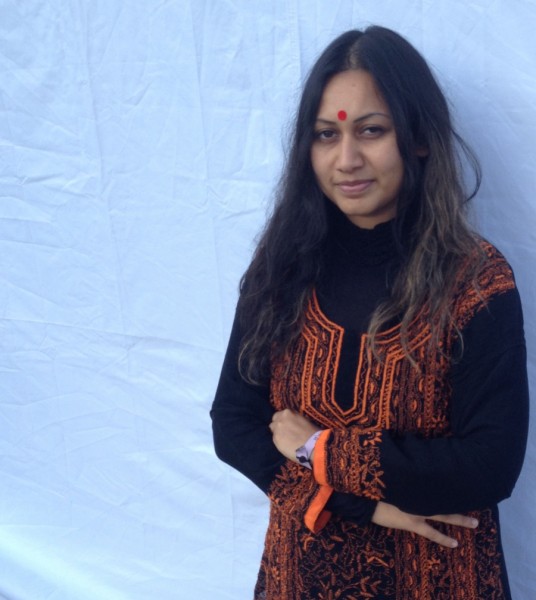 She paid her way through college by singing in Bollywood movies. But singing songs written by other people wasn't enough. Oh no, she needed to write her own songs and front her own band.

That's where Tritha Electric comes in.

The ethno part is a nod to her classical Indian musical roots and the punk, she says, helps her express the struggles of being an independent woman in India today.

Tritha Electric's latest album is called Pagli. That means “crazy woman” in Bengali. And the songs on it tell the story of a woman who feels confined by tradition. But she breaks the rules and finds freedom. Much like Tritha Sinha herself.

She says, “To discover freedom sometimes we need to go through very crazy moments or insanity sometimes to just realize what is freedom or how important freedom can be for our individual deep inner selves. And that really opened the door of my independent musical life.”