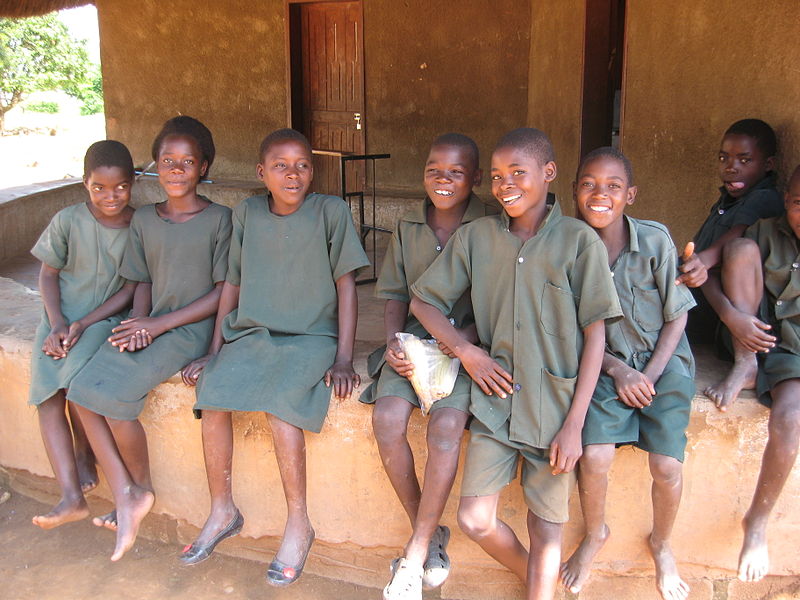 Zambia's efforts to introduce information and communication technologies (ICT) into its secondary schools was always ambitious. Two years ago, instruction in high-tech subjects proved to be challenging, exposing how ill-prepared and ill-equipped the country's education system was. And Zambia's ongoing national electricity supply crisis hasn't made matters any easier, of course.

After two years of study Zambia began testing in ICT fields earlier this month. Equipment shortages, however, meant that it took more than 18 hours for every student in many classes to take a seat at a computer and complete the test. Two months earlier, the Secondary School Teachers Union of Zambia warned against making ICT a compulsory subject, arguing that the Education Ministry isn't prepared for it.

Social media users did not take kindly to news that some pupils didn't finishing their examinations until 4 a.m. the following morning.

One Facebook user, Jimmy Maliseni, could not hide his indignation:

What happened to commissions of enquiry in Zambia? The Grade 9 ICT Examinations debacle requires an urgent enquiry. We need to ask ourselves: we know we are a nation of jokers, but why have we reached the clown status so soon?

Stella Mutale Sata, the outspoken daughter of Zambia’s fifth President, the late Michael Sata, did not mince her words:

Despicable! We can't have grade 9 students writing ICT exams at past midnight! How do we expect our pupils to get good grades with such kind of lack of planning? Can we not take education forgranted in this country?!! Examination Council of Zambia and Ministry of Education need to explain how and why this happened and HOW THEY WILL MAKE SURE IT NEVER HAPPENS AGAIN!

Wynegood Malunga had this to say about the debacle:

Someone please explain this to me:
You introduce I.T. [Information Technology] in school but you don't have computers, how does one even start to teach. Then you know these kids must take exams at the end of it all but even then, you're not worried about it at all. Yet you knew all this at the beginning of the year. I guess you had it all figured out then that the kids would write exams after midnight. No big deal, ha?

The Zambian Watchdog criticized Chishimba Kambwili, Chief Government Spokesman and Minister of Information and Broadcasting, who has been attributing most of the problems the country is facing, including a depreciating currency, to the global situation:

Chief government Spokesperson Chishimba Kambwili has not yet commented on the issue as he could still be checking for other countries in the global community that may have faced a similar challenge.

Some Grade Nine pupils at a school in one of the capital, Lusaka's suburbs, waiting for their turn to take their ICT examination at night. Picture used with permission of Zambian Watchdog.

Commenting on the Zambian Watchdog story, Kambwidi Kunya described the scene in rural Mufumbwe, locataed about 1,200 northwest of Lusaka:

The ministry of general education was not ready for the ICT exams. Its better to be open to the people than telling lies. Imagine in N/western province, (mufumbwe district) over 1000 pupils from four schools were gathered at a zonal centre with five computers and the exams ended this morning around 06:30 hours. Isnt this a big failure? Pupils travelling in the night over a distance of 47km from the centre where the exams were taking place. What if there was an autocrash while transporting the pupils, who is to blame? Teachers, please learn to say no to your idiot bos[s]es […]

Happening right now […] , grade nine students at Libala basic school in Lusaka have been delayed to write their computer paper due to the fact that the school doesn’t have enough computers.

They have been put in groups and this will go on upto 23hours tonight […] 51 years after Independence, we are still behind with technology. This is so unaccepteable not to mention shameful on the part of the school who couldn’t come up with a better plan to avoid such situations.

Following the public's outpouring of dissatisfaction with the testing process, the Examination Council of Zambia indicated that it will expand the exam period to span three days, to avoid keeping students at school until the early morning hours, while they wait for a turn at the computer. This reform is sure to raise other issues, however.