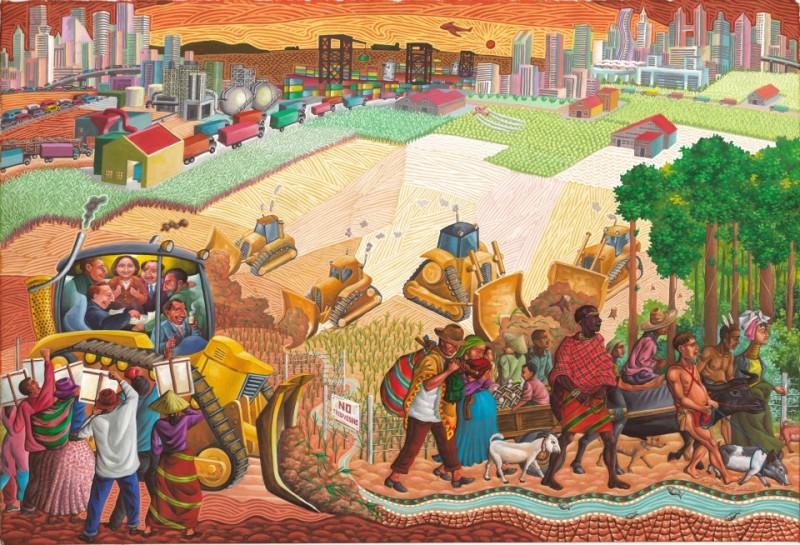 “Land Grab”. Federico Boyd Sulapas Dominguez uploaded this painting in time for the Asia-Pacific Economic Cooperation Summit which will be held in the Philippines. Reposted with permission

Over the past 40 years, Filipino artist Federico Boyd Sulapas Dominguez has been painting the efforts of indigenous peoples to combat destructive mining, development aggression, and militarization. His aim is to enlighten the public about the situation of ethnic groups in the Philippines and their campaign for the protection of their ancestral lands.

The Philippines has more 14 million indigenous peoples belonging to 110 ethno-linguistic groups. However, the unique heritage of these tribes is threatened by rapid urbanization, commercialization, and encroachment of their lands by state-approved activities such as agribusiness ventures, logging, and mining.

In Mindanao Island, located in the southern part of the country, the collective term for ethnic groups is Lumad. Various lumad groups which are resisting the entry of mining firms into their communities has been in the news during September and October 2015 after they were attacked by paramilitary groups. About 700 Lumad members have set up camps in Manila, the nation’s capital, to demand the pull-out of troops from their homes.

The plight of the Lumad is reflected in many of Federico's artworks. He has also been uploading copies of his old paintings on Facebook which he thinks are still relevant because of the attacks on Lumad communities and the continued plunder of natural resources in the ancestral domains of ethnic tribes. Some of his paintings have been widely shared on social media by activists, scholars, and heritage advocates who are seeking to inspire the public to support the Lumad’s right to self-determination.

Federico, who is a Mandaya (Lumad indigenous people from the eastern part of Mindanao), encourages younger artists to enrich their knowledge of Philippine culture by integrating with ethnic communities.

Below are some of Federico’s paintings: 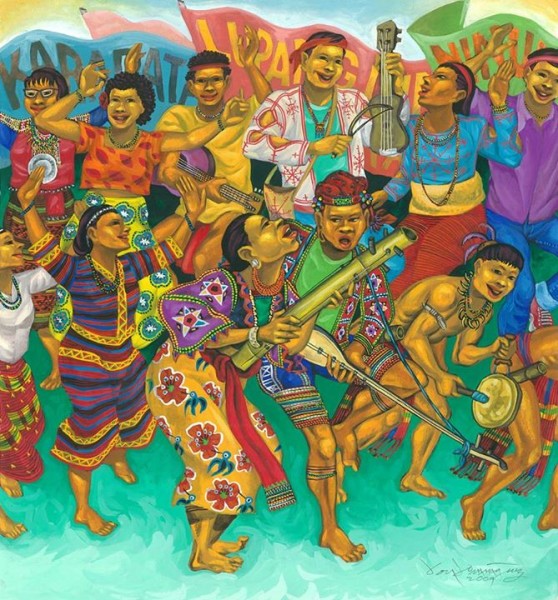 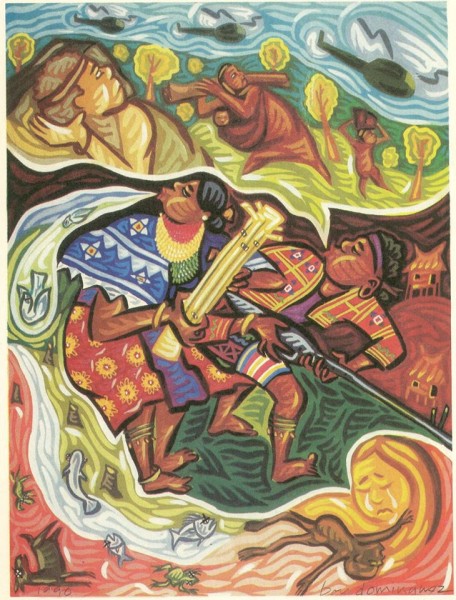 This artwork by Federico Boyd Sulapas Dominguez depicts the impact of militarization in the hinterlands. Reposted with permission 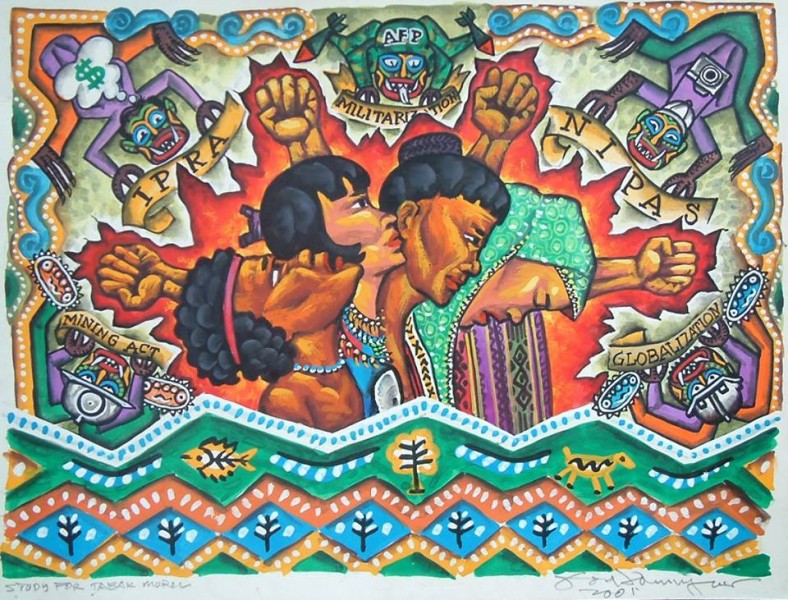 Aside from exposing the negative impact of militarization, the painting also shows how government laws unfairly discriminate against the Philippines’ ethnic communities. Painting by Federico Boyd Sulapas Dominguez. Reposted with permission 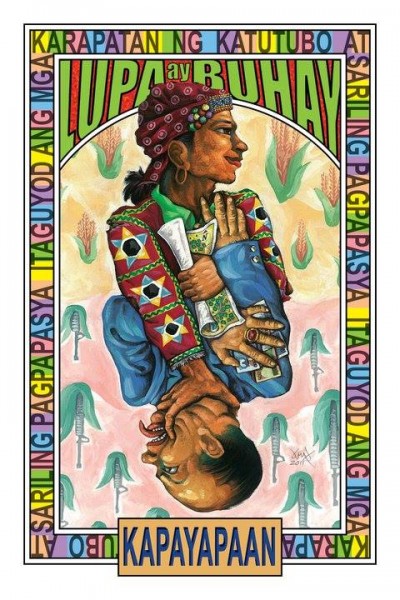 “Lupa ay Buhay” means “Land is Life”. “Kapayapaan” means peace. The text at the borders of the painting reads: Respect the rights of indigenous peoples and their right to self-determination. Painting by Federico Boyd Sulapas Dominguez. Reposted with permission. 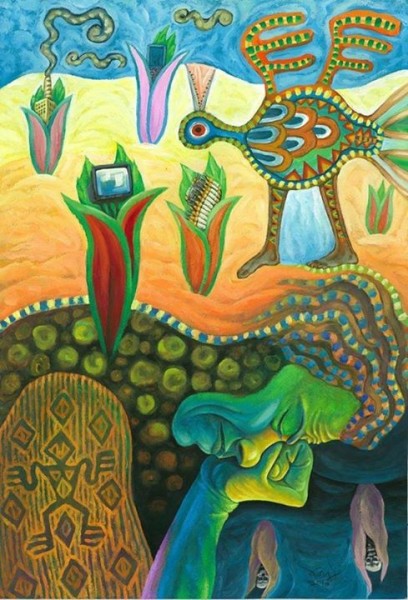 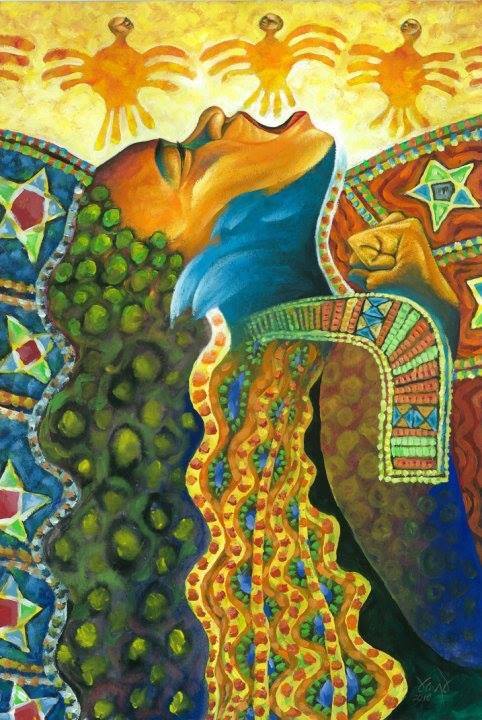 “Yalingkawas” is a Lumad Mandaya term for freedom or freed. Artwork by Federico Boyd Sulapas Dominguez. Reposted with permission 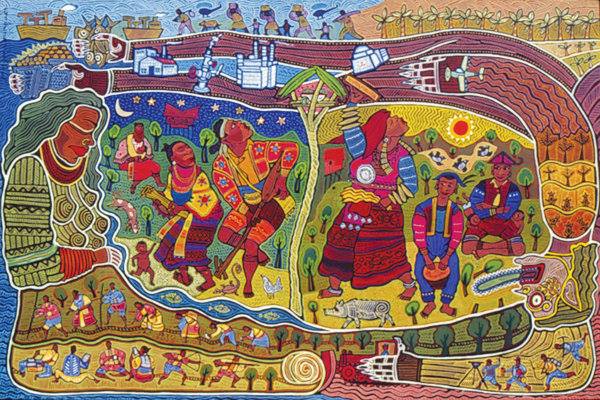