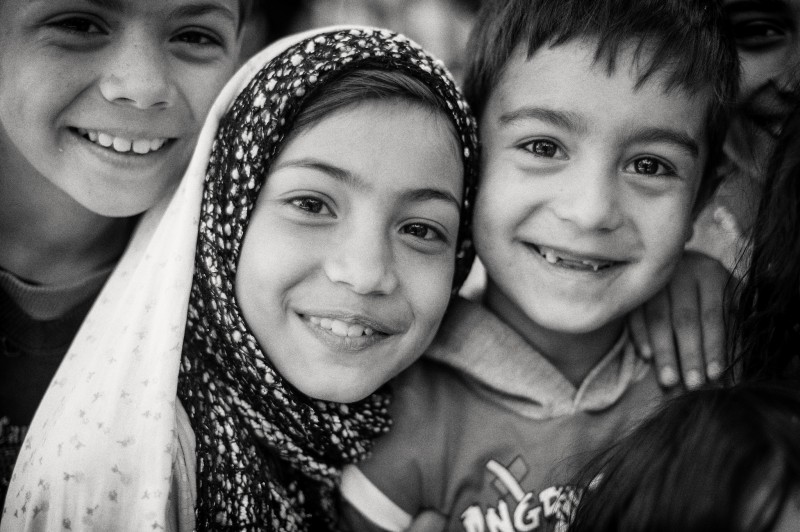 Pictures of Afghan children at a school run by a local mosque for Afghan orphans & refugees in Shiraz, Iran. Photo by Simon Monk (CC BY-NC-ND 2.0).

In an announcement from the United Nation mission in Iran, the Iranian government will include all of its registered refugees into its Salamat Insurance Scheme. This is a collaboration between the Ministry of Interior, responsible for immigrant affairs, the Iranian Health Insurance Organization and the United Nations High Commissioner for Refugees (UNHCR). This plan is targeted at Iran's Afghan and Iraqi refugee population.

Iran's English daily Tehran Times, part of the Mehr News Agency owned by the Islamic Ideology Dissemination Organisation, described the “gratitude” of Sivanka Dhanapala, the UNHCR Representative in Iran, for the program:

UNHCR’s Representative in Iran acknowledged the Iranian Government’s contribution, expressed UNHCR’s gratitude towards the Government of the Islamic Republic of Iran for all the services it has rendered to the largest protracted urban refugee population in the world for over three decades, and inclusion of the refugees in this Universal Insurance Scheme which is exemplary not only regionally but also globally, and added that such a services haven’t been provided before and I sincerely hope other countries will follow this example.

According to the UNHCR website, Iran is home to one of “the world's largest and most protracted refugee populations.” Iran's Afghan refugee population nears 1 million, with an additional estimated 1.4 to 2 million unregistered refugees living and working in the country.

Iran's treatment of this demographic has been subject to past criticism, however, most notable in the 2013 Human Rights Watch report that detailed the mistreatment and sometimes abuse Afghans faced from both Iranian society and the government.

For their 2015 projection, the UNHCR detailed their expectations for Iran's intake for mostly Afghan, Iraqi and Pakistani refugees as outlined in the image below.

Iran has been criticized for not taking in any Syrian refugees throughout the civil war there. This reproach comes amidst the fact that it is heavily involved in the Syrian conflict as an ally and supporter of the Syrian President Bashar Al-Assad.

Indeed, this development in instating universal public healthcare for refugee populations is a notable milestone for both Iran and the region. Iran can, however, still improve its image in bolstering its role in alleviating the neighbouring Syrian refugee crisis.