The Sorry State of Indian Railways 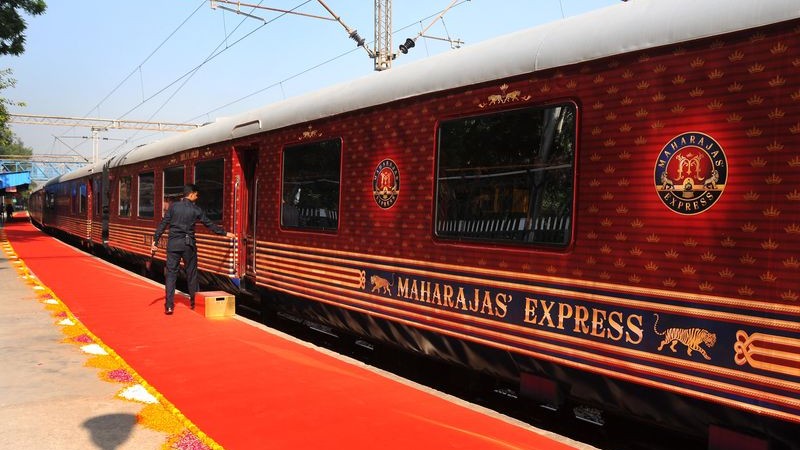 Indian Railways is one of the largest train systems in the world, with more than 23 million passengers in India everyday using more than 12,000 trains across 7,112 stations. Journeys on Indian Railways are known for their romanticism and uniqueness — but that's not always the case.

We really don't deserve to live in India. RIP Indian railway…. Waiting on an unknown station for more than hour…. RIP

The archaic and inefficient Indian train system is in dire need of a modern restructuring as is it is marred by a lot of problems including congestion, frequent delays, red tape, fatal accidents (10 major train accidents have been reported in 2015 so far, accounting for 115 deaths and more than 390 injuries), land acquisition and lack of funds.

There is also the question of services and the environment inside the train. Nikita Jain describes the experience in a blog on news outlet IBN Live:

Life in India doesn't stop for a train journey, it invades it. The train is a meeting place, a marketplace, a hotel and a restaurant. People seem to materialise from nowhere. They're selling drinks, food, newspapers, kids’ toys.

Many of the vendors could use some closer scrutiny, such as the supplier of food, as Nikita points out:

One of the biggest contract in Indian Railways is possibly turning out to be the biggest pain for passengers travelling on long distance journeys. While the passenger has to trust (and in many cases has no other option) the pantry car for supplying hygienic food, the contractors are doing their best to squeeze out money and serve just bearable food. All this under the nose of the government.

However, the Indian Railways recently took major steps into ushering a new phase – a modern one. Domino's Pizza and KFC have started supplying food on trains, collaboration with Google means that 500 railway stations will have WiFi services by next year and the launch of a new railway app will enable people to book season and platform tickets without hassle.

Solar power generation at the vaishnodevi railway station! Suresh Prabhu is showing what the Indian railways can be! https://t.co/x7rZEfGAQH

With cooperation from Japan, the construction of India’s first ever bullet train line is expected to start in 2017 and by 2024 the project should be operational. Exciting times? Maybe. But in India, there is a big difference between ‘planning’ and ‘executing’. Looking at the past, there have been many things planned but bureaucracy, mismanagement and corruption are remain bumps in the road.

The 162-year-old Indian Railways is cash-strapped, incurring a loss of 26,000 crore ($4.5 billion) every year on passenger fare subsidization. In September 2011, Rail Minister Dinesh Trivedi had appointed a special committee, Sam Pitroda Committe, to suggest ways and means to modernize Indian Railways. According to the report submitted by the Committee in February 2012, Indian Railways needs an investment of 5.6 trillion ($90 billlion) in the next five years for its modernization. The money should be spent on upgrading the railway infrastructure, expanding its network and adopting new technologies. In February’s railway budget, the government unveiled plans of investing $137 billion in the rail network in the next five years to build infrastructure. 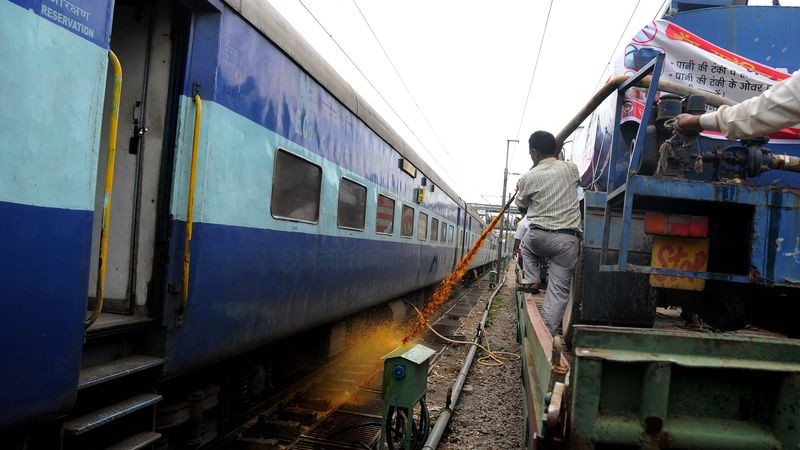 Mosquito Terminatorí train at work after it was flagged off in New on Friday in a joint operation, of the Northern Railway and Municipal Corporation of Delhi (MCD), to check mosquito breeding in water bodies along the railway track. Image by Himanshu Sharma. Copyright Demotix (18/09/2015)

Indian Railways is owned and operated by the state. In order to review the safety of Indian Railways and recommend improvements, a high level safety review committee under the chairmanship of Dr. Anil Kakodkar was appointed. The Kakodkar committee had criticized the enterprise for its lack of empowerment at the functional level and for it's “inadequate performance”. As railways have their own ministry, even the slightest of reform becomes a national event and undergoes extensive scrutiny. The political wheeling and dealing can get in the way.

The Sam Pitroda committee recommended an organizational restructuring which would give officials a license to make decisions which would, in turn, speed up the process of hanging projects.

That's not enough for Raj Bharath at Blogateurs, who suggests that that privatisation and better competition can lead to better infrastructure and hygiene facilities for Indian Railways:

Our Country has a very good experience of Privatization in Aviation Industry and that should be a good enough experience and reason to give it a try in Railways also.

Land acquisition for projects has always been a big problem in India. In order to change that and to revive the country’s economy, the government tried to replace The Land Acquisition Act of 1984 with a new bill which would make it easier for the government to acquire land. According to the amendment, if the land is acquired for national security, defence, or rural and social infrastructure, it would not require consent clause and the social impact assessments.

This, as expected, did not go well with majority of land owners in a country like India — farmers. The bill was referred to as undemocratic and anti-farmer. After months of protests and rallies when the bill was finally tabled in the Lok Sabha, the opposition managed to stop it in August 2015, and a new bill on the lines of the existing land acquisition laws is set to be worked upon.

According to NDTV, projects worth 53,000 crore ($9 billion) are currently stalled or surrendered because of land acquisition problems.