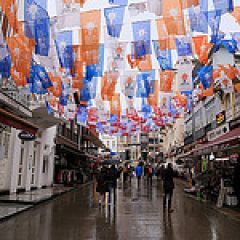 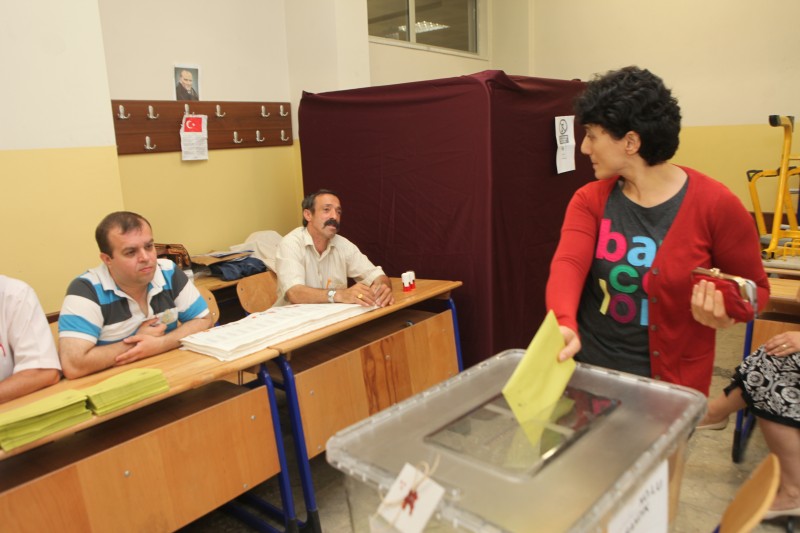 Turkish voters are going to the polls today in the second parliamentary election of 2015. The previous election in June ended with the governing Justice and Development Party (AKP) of President Recep Tayyip Erdogan being unable to win an overall majority of seats for the first time since they came to power in 2002.

In the initial vote the pro-Kurdish leftist party HDP surmounted the 10% voting threshold required to gain seats in parliament for the first time, which helped ensure that the AKP could not win a majority of seats and form a single-party government.

Turkish society has become more polarised over the last few years, with many critics claiming that Erdogan has become corrupt and authoritarian. In 2013, protests against turning a small park in central Istanbul into a shopping mall escalated into general opposition to government attacks on the press and individual freedoms.

Since then, the AKP has been accused of multiple corruption scandals and its international prestige has decreased following the failure of its enthusiastic support of Islamist revolutionary movements in Egypt and Syria.

Turkey’s economy has also slowed slightly and its currency has weakened due to the effects of regional instability among other things. Foreign investment has been more hesitant as businesses wait for the outcome of the election.

Although AKP and CHP held 6 meetings to try to form a coalition government, their leaders Ahmet Davutoğlu and Kemal Kılıçdaroğlu announced that the parties were unable to reach a deal. Nationalist party MHP ruled out forming a coalition with AKP. Following the failure to form a government, President Erdogan called for a second election.

However, in the intervening months, the peace process between the government and the Kurdish PKK militia — viewed as one of the successes of AKP's time in power — broke down. Bombings against leftist groups claimed by ISIS led to attacks by the PKK on the Turkish military, who it blames for assisting ISIS.

The AKP escalated its rhetoric against opposition groups and media, blaming the moderate HDP for supporting the PKK’s campaign of violence and forcing the closure of opposition media groups like KanalTurk and Bugun, and the arrest of Today’s Zaman’s editor.

These outlets are linked to the movement of Erdogan’s former ally Fethullah Gulen, whose network the AKP accuses of being a ‘parallel state’ structure. Gulen’s support was influential in helping to build support for the AKP, but later came to be seen as a threat to the AKP’s control of state institutions.

Polls before the election suggest a similar outcome to the June election. If this is the case, the AKP will be forced to go into coalition and President Erdogan will not be able to force through constitutional changes which would increase the power of the Presidential office, which is supposed to hold less power than that of Prime Minister.

As the elections approach, suspicion among all sections of Turkish society has increased and allegations of voting fraud are likely to be widespread despite the expansion of civic monitoring initiatives focussed on monitoring votes and reporting fraud.

As #Turkeyvotes, I can only see a tiny corner of Istanbul. But I'd be surprised if turnout wasn't as high as the June election. If not more.

Although Turkey’s politicians missed the chance to narrow the divide between their polarised bases, they now have one last opportunity to step back from the brink of a bigger social conflict. The future of Turkey’s democratic institutions now rests on how the government and opposition parties respond to the will of the Turkish electorate.