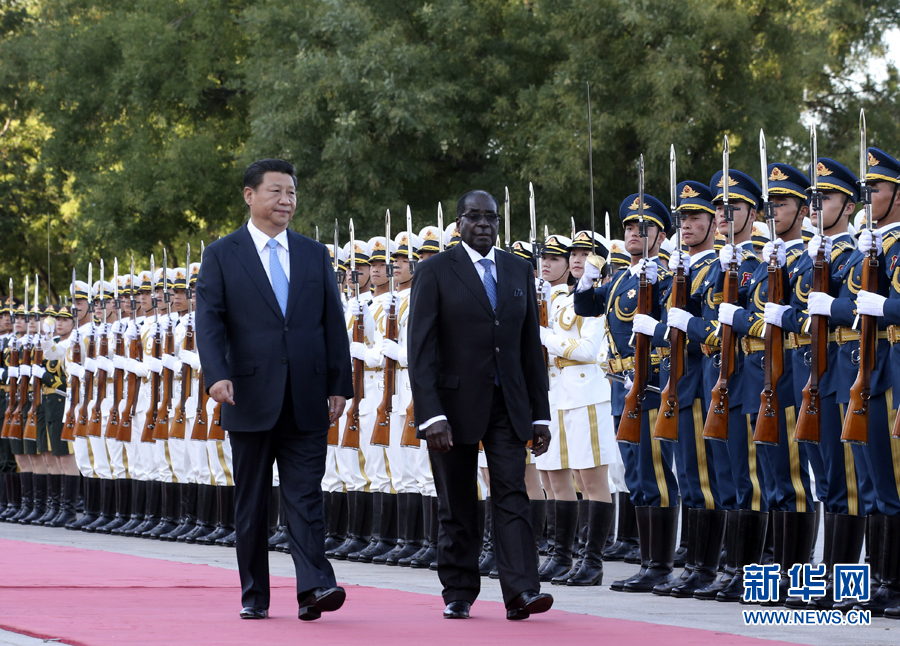 When Zimbabwe's President Robert Mugabe was awarded the Confucius Peace Prize in mid-September, human right activists, in particular those working in the African continent, scoffed at the idea of the word “peace” being associated with a leader regarded around the world as a dictator.

Some took the award as an attempt by China to use ancient Chinese thinker Confucius to justify their authoritarian governance model by associating a figure like Mugabe, who has been in power for 35 years.

The Chinese government, however, no longer has a part in the award, but despite authorities’ efforts, many netizens remained ignorant of the fact or skeptical.

The Confucius Peace Prize was initiated by a committee attached to the Association of Chinese Indigenous Arts under the supervision of the Chinese Ministry of Culture in 2010 after Liu Xiaobo, a Chinese dissident and democracy activist who remains in jail, was awarded the Nobel Peace Prize. The first Confucius prize was awarded to Taiwan politician Lien Chan for his contribution to peaceful dialogue between mainland China and Taiwan.

In 2011, the prize committee was registered as an independent organization, the China International Peace Studies Center, in Hong Kong, and it awarded the prize to Russian Prime Minister Vladimir Putin, igniting intense controversy.

For this year's award, Mugabe, 91, is reported to have prevailed against Microsoft founder and philanthropist Bill Gates and South Korean President Park Geun-hye. Qiao Wei, the president of the judging committee of the peace prize, said, “Mugabe is the founding leader of Zimbabwe and has been trying to stabilize the country’s political and economic order ever since the country was first founded. He brought benefit to the people of Zimbabwe.”

However, he rejected the prize, worth roughly US $80,000 dollars, after learning it has no official link to the Chinese government, according to Zimbabwean local media NewsDay.

Blurring the line with praise

Over the past decade, China has significantly expanded its investments in Africa, where it has been accused of cooperating with corrupt leaders at the expense of workers’ rights. Some observers theorized that the prize was a political gift — as revealed by the scandal surrounding Sam Pa, the most powerful middleman in China-Africa trade, the Hong Kong tycoon's businesses are associated with Chinese intelligence and state-owned companies. Pa was placed under US sanctions in 2014 for allegedly aiding Mugabe’s regime. In fact, Mugabe's family has a US $7.5 million extravagant villa in Hong Kong, and his daughter is now a student at City University.

Of course, all the above activities have no official association with the Chinese government, as both the Confucius Peace Prize and Pa's “Queensway” group are registered in Hong Kong.

While the Chinese government emphasizes that it has nothing to do with the prize, the Chinese Communist Party's mouthpiece Global Times has been vocal in its praise of the Confucius Peace Prize, serving as the main media outlet to spread the news of the annual award. Hence, even mainland Chinese netizens are confused and believe that there is certain link between the prize and the party. Some have raised the question of why are all those authoritarian regimes and rogue governments supposed to be the “friends” of Chinese people?

‘Who is protecting the scammers?’

All the same, comments that are critical of the prize have been censored on Chinese social media. Rong Jian, a cultural expert, questioned the credibility of the prize by checking out the background of the committee:

I had thought it could be a joke that Zimbabwe's President Mugabe was awarded the Confucius Peace Prize. But it’s real. Let’s look at these committee judges. Who knows the president, Qiao Damo, and his experiences? Who knows the other professors? And there even is a Confucius Art Prize recipient. How many oddities there are in China!

The relatively tame comment was scrubbed from Twitter-like platform Weibo. He raised a more critical question next:

The copycat nature of the Confucius Peace Prize is clear. What's strange is such a garbage award has insulted the country and almost all the award's recipients, including Mugabe, who has refused to take the award. But the award ceremony has been hosted in China for six years. What's ever stranger is that when I questioned the credibility of the prize, the post was deleted twice. Who is protecting the scammers?

Lingxu Puzi, a well-known online commentator, mocked the Mugabe's “contribution” to the world, and was also censored on Weibo:

‘They shine a light on each other’

On Twitter, overseas Chinese dissent He Qinglian believed the prize accurately reflected the authoritarian nature of the Chinese government:

China's Confucius Peace Prize was awarded to Zimbabwe's president, dictator Mugabe. The international community was shocked. The opposition party and human right activists found the award disgusting. Comment: It is consistent for the Chinese Communist Party to present the prize to Mugabe. Zimbabwe should have its own version of a peace prize and award it to Chinese President Xi Jinping. They shine a light on each other.

@MyDF pointed out that the communist party has a history of insulting the Confucius:

Indeed, in the past two decades, the Chinese government has actively promoted Confucius to educate the world about the Chinese model, characterized by an emperor-like autocratic ruling party.

China has funded and set up nearly 500 Confucius Institutes in the world since 2004, mainly in the West, including the US, Canada and Britain. These institutes facilitate many foreign college students to study Chinese; however, the classes must avoid discussion of sensitive topics, such as dissidents, Tibet, the Tiananmen democratic protest, and the Falun Gong, a religious sect outlawed in China. China aims to build worldwide 1,000 Confucius Institutes by 2020.