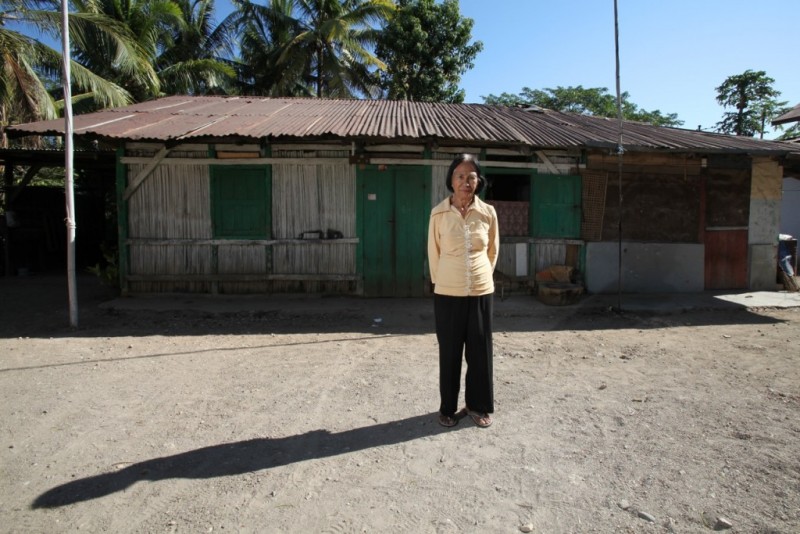 The Asia Justice and Rights group has conducted a series of interviews with 26 women who survived the mass killings and other forms of violence in Indonesia during the anti-communist purge conducted by the military in 1965.

Fifty years have passed since the army arrested hundreds of thousands of communists and their suspected sympathizers as part of a campaign to save the country from the scourge of communism. An estimated half a million people were killed during the anti-communist hysteria and even more Indonesians suffered “torture, enforced disappearances, rape, sexual slavery, and other crimes of sexual violence, slavery, arbitrary arrest, and detention, forced displacement, and forced labor” after 1965. The army claimed it only retaliated, accusing the communists of attacking government forces first.

General Suharto rose to power during this period and remained Indonesia’s leader until 1998, when a popular uprising forced him to resign. While in power, Suharto didn’t allow the media, academia, or the the public to discuss or probe what really happened in 1965. This occurred only after his ouster, when victims and witnesses came forward to share their stories.

Last August, President Jokowi proposed the formation of a reconciliation commission to address unresolved issues related to the 1965 massacre. The enduring importance of Suharto's legacy was evident, however, when Indonesia's biggest political parties and its military rejected Jokowi’s proposal.

This month, a literary festival aimed at sharing stories of what transpired in 1965 was cancelled due to pressure from the government.

But if the government is hesitant to look back and reflect on the lessons of the 1965 massacre, many people and groups in Indonesia are ready to dig deeper into the past and seek justice on behalf of the victims of violence and other crimes against humanity.

An International People's Tribunal is being organized in The Hague next month to probe the accountability of the Indonesian government in the 1965 violence.

Meanwhile, the research conducted by Asia Justice and Rights is a disturbingly poignant way to learn about the ordinary people who endured decades of violence and discrimination during the Suharto regime. Many of the female survivors are wives or daughters of political prisoners and suspected communist sympathizers. Their stories remind us that the quest for truth and justice continues to be an essential yet unfulfilled political demand in Indonesia. 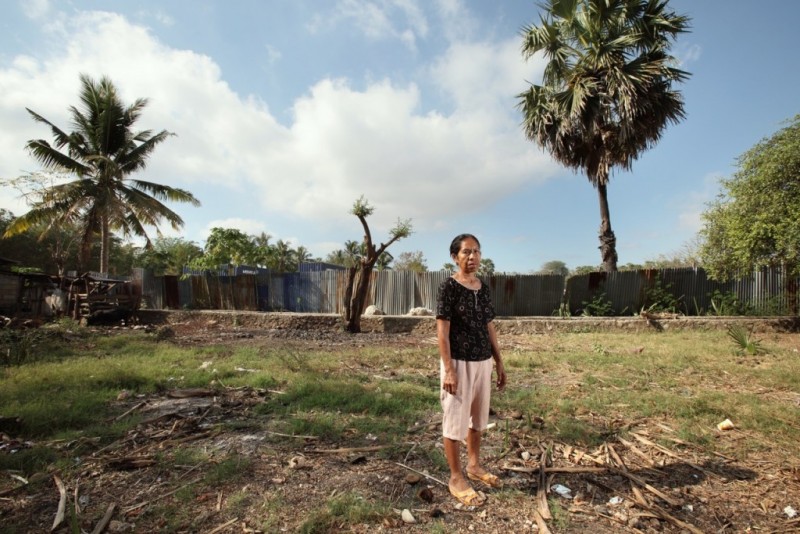 Frangkina Boboy. Her father was suspected of being involved with the Communist Party, and was arrested and detained in 1965. “My father had land in Lasiana—a house and rice fields—but because he was accused of being a communist, his family took it. We had nothing, and had to squat on land that was actually owned by my parents.” Photo from Asia Justice and Rights. 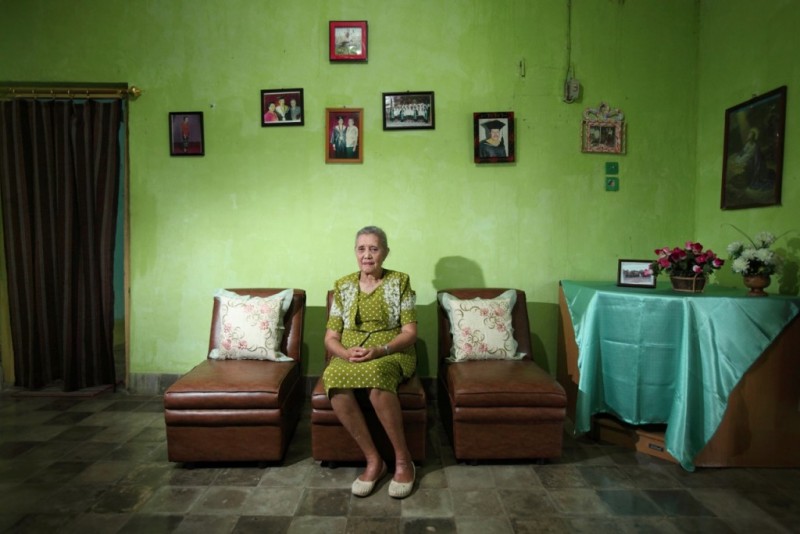 Migelina A. Markus, detained in 1965 along with both of her parents and her siblings. “The ‘65 tragedy made us lose our parents, my older brother, and there were a lot of disappearances without any trial or evidence [showing] they had betrayed the state or nation. I want to testify so that people know the truth about the events we experienced.” Photo from Asia Justice and Rights. 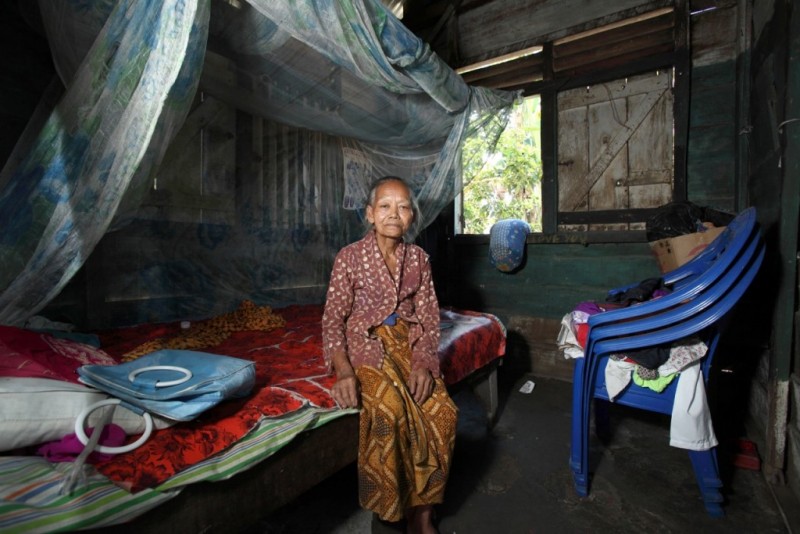 Lasinem's husband was arrested and tortured in 1969, and eventually sent to Buru Island. “[My husband] was picked up by soldiers, his own friends, and taken to the village office (Kelurahan). He was beaten, sat upright in a chair and beaten. His back was trampled on until he was wounded all over. At first I was confused and scared, terrified, and I realized I had lost my protector, and my source of financial support. What about my young children? They need to eat!…I’m still wounded because I remember things that happened in the past… There is still a wound in my heart.” Photo from Asia Justice and Rights. 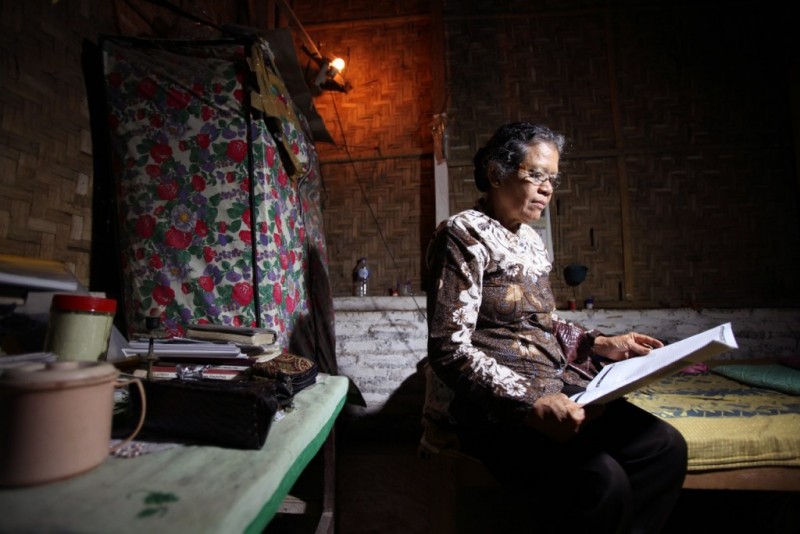 Kadmiyati was studying at a teacher’s college in Yogyakarta in 1965 when she was arrested. “When will there be justice? Who is sadistic and cruel? The communists? Or the perpetrators of the killings? [We must] find out the truth.” Photo from Asia Justice and Rights. 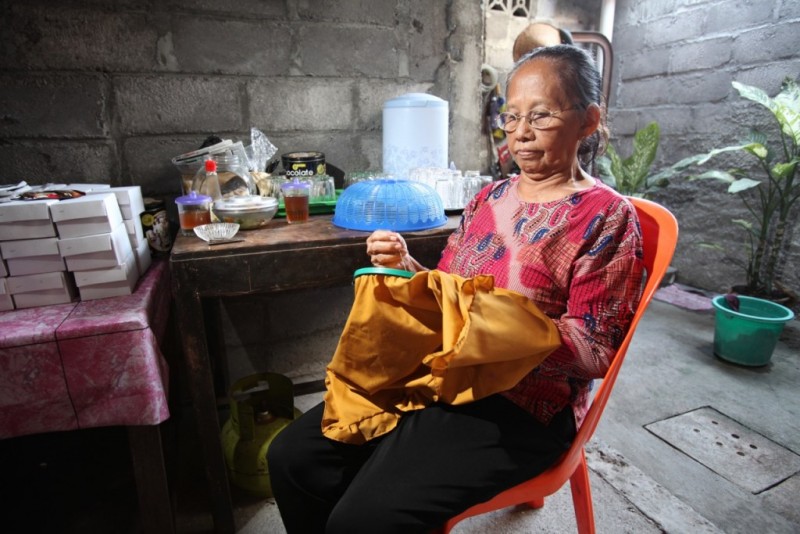 Hartiti. Arrested in 1966, one of her children passed away from an illness while she was detained. “My first child was old enough to understand her mother’s suffering. She thought about it until she died. She also often heard news about me. She died because she heard people saying things that hurt her.” Photo from Asia Justice and Rights. 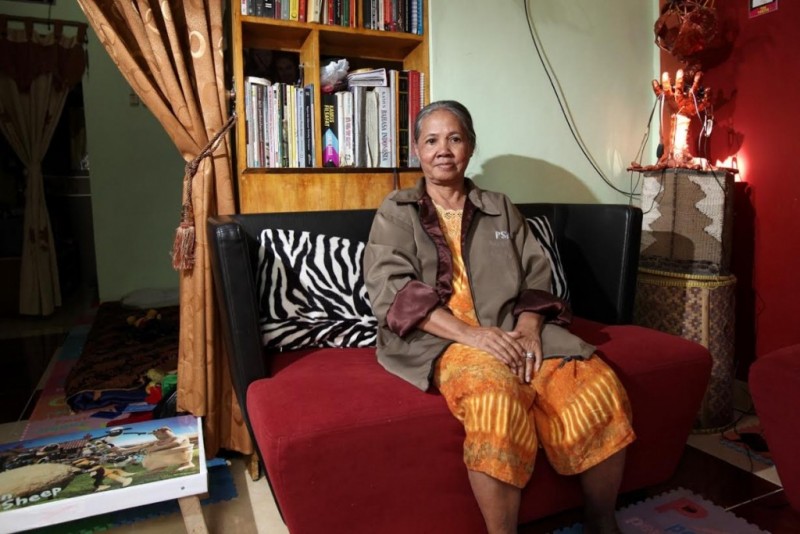 Oni Ponirah. She was 17 when she was arrested in 1965. “I was told I was only being taken in for questioning. It turns out I would be held for 14 years. From 1965 until end of December 1979… We never got justice. I hope the government will apologize to the victims.” Photo from Asia Justice and Rights.

Photos courtesy of Asia Justice and Rights, reposted with permission.