‘Tajikistan's Aylan': A Migrant Child Dies in the Arms of the Russian Authorities 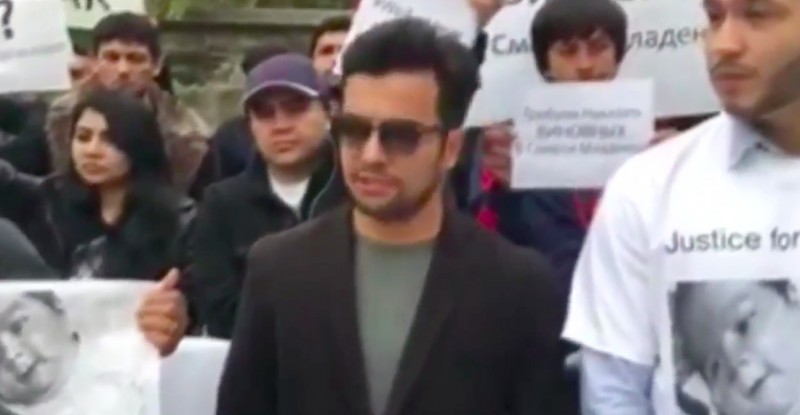 Tajiks in New York demand justice for Umar outside the Russian embassy. Capture from YouTube video uploaded by Bolk Bolkev.

The death of a five-month-old baby, the youngest member of a family of Tajik economic migrants living in St.Petersburg, has struck a chord in both Russia and Tajikistan. Although the exact circumstances of five-month-old Umarali Nazarov's death are unknown, plenty in both countries are holding the Russian state responsible.

On October 13, 2015, as part of a hunt for undocumented migrants, officers of the Russian Federal Migration Service (FMS) of the Admiralty district of St. Petersburg detained two citizens of Tajikistan and their five-month-old son. The pair were taken to the police station on suspicion of violating immigration law. The police separated the child from his parents and they never saw him alive again.

Every year, thousands of desperate Tajik citizens leave the world's most remittance-dependent country for a better life, mostly in Russia. With tough migration practices and rising nationalism awaiting them at their main destination, routine discrimination is the price they pay for access to better economic opportunities.

Mehriniso Nazarova — Umarali's grandmother — says she attempted to take the baby back from the police, chiefly to feed him with formula milk. The attempt proved unsuccessful, with Nazarova telling Russian media outlet Dozhd that officers mocked her accent.

Umarali's parents were informed of his death, which police suggested was the result of a respiratory illness, the following morning. 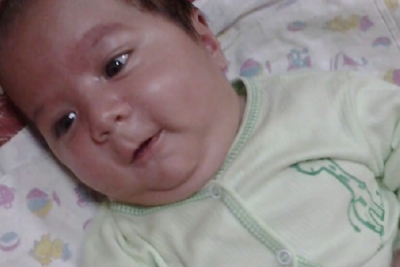 Online, Tajik internet users have drawn comparisons with the death of three-year-old Syrian boy Aylan Kurdi, who drowned attempting to reach Greece. Aylan's family was uprooted from his homeland by a vicious war, Umarali's family by relentless unemployment in Central Asia's most hopeless economy.

In an October 27 blog Human Rights Watch Russia director Tanya Lokshina noted why the case had generated so much attention:

Even if every last detail emerges…what will forever be etched in the public mind is that Russian authorities unjustifiably separated a baby from his mother, gave her no information for almost a full day, and then told her family to retrieve the body.

In Tajikistan, Umarali's tragic story caused a huge public outcry. Poems have been composed in the child's memory, Tajik language newspapers devoted their front page to him and Tajik Facebookers changed their profile pictures in solidarity.

An online petition addressed to Russian President Vladimir Putin has been signed by hundreds of people. The Tajik community in New York organised a picket near the Russian consulate, demanding a thorough investigation into the case.

#WeAreUmar All we want is justice for a 5 months old kid who's name is Umar who was killed in Russia!!! pic.twitter.com/YzWNNEFXcd

Russia is the country of fascism in the 21st century. It is a pity that history has brought Tajiks together with this nation. The lesson learned is that we need to build a strong country where we all want to live and be free from fascist nations …

Umarali's family may have more suffering waiting for them.

The Interior Ministry has stated that the police did not take any action that could have caused the death of the baby.

Moreover, according to Boris Vishnevsky, a member of the St Petersburg regional council,  authorities are also mulling charging the family with the crime “improper upbringing of a minor.”

Vishnevsky, who belongs to the moderate liberal opposition party Yabloko, left flowers at the Tajik consulate and called on Russians to consider the reaction if a Russian baby had died in such a way in Tajikistan:

Formally we can say that it is not about his nationality. However, I am absolutely sure they would not treat another child in this way, had they not been migrants, who, unfortunately, are often considered by our city police and other authorities as people who do not have any rights, a second-rate people with whom you can do what you wish, for whom no one stands up,  who do not dare to defend themselves and be indignant. I think that all of these factors undoubtedly played here — unfortunately — an appalling role.

This was a second bereavement for the Nazarov family in Saint Petersburg. A decade ago Mehriniso's son and Umarali's uncle was murdered. The killer was never found.

According to the Russian Federal Migrations Service 984,323 migrants from Tajikistan are registered as working in the country as of 2015, with an unknown number working undocumented in addition. From October 20, more than 1,500 Tajik citizens have been reportedly deported from Moscow and its surrounding region.

While Putin's press-secretary commented October 28 that the Russian president was “aware” if not “in control” of the investigation into Umarali's death, Tajikistan's President Emomali Rakhmon has not mentioned the issue at all, perhaps at risk of angering patron Russia or inflaming hostility towards the country's tiny Russian minority.

In the absence of any strong official reaction, Zafari Sufi, a Tajik poet, dedicated these lines to baby Umarali:

..Forgive me, Umar, I am powerless in this adversity,
I am unable to do anything for you, for myself …
Umar! Your death is the symbol of feebleness and dishonesty,
Be my nation's pure herald before God.

Leave me, and complain of us to your God,
And tell of the cowardice and weakness of our people,
Umar, you are an angel, downtrodden, pure shahid [a Muslim who dies young in this context],
Tell of the injustice and oppressors… 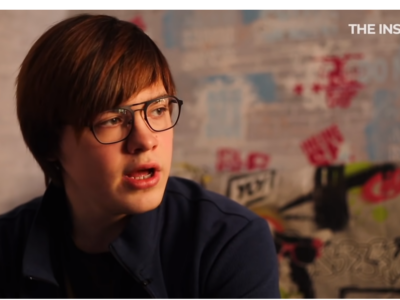