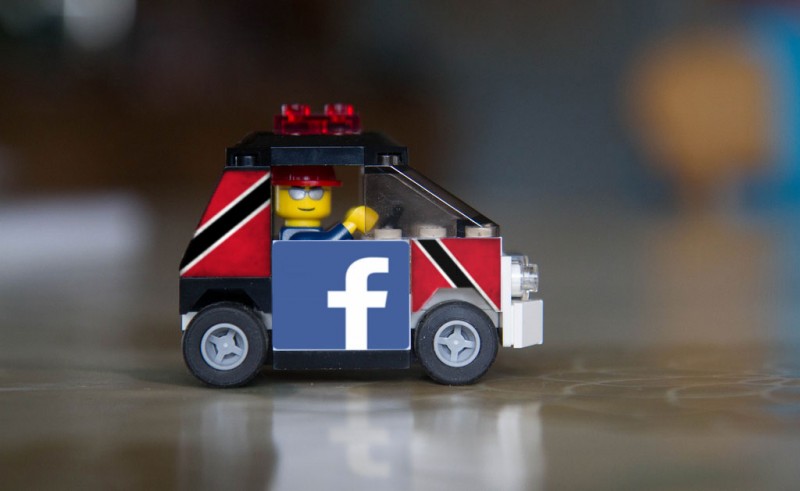 Trinidad and Tobago used its social media powers for good this past week, when a video of a man abusing a toddler for refusing to drink a bottle of milk was widely shared, leading to the arrest of the man, Dexter Gobin, and his Jamaican wife, Yanique Taylor-Gobin, neither of whom are the child's parents. Gobin has since been granted bail at TT $150,000 (slightly more than US $23,000), which he apparently could not raise. (His wife is still in detention on the grounds of overstaying her time in Trinidad.)

Note: Global Voices is not sharing the original video out of respect for the rights of the child and the laws relating to abuse and domestic violence in Trinidad and Tobago.

The social media outcry was swift and vociferous. One Facebook user, Franz Gillezeau, posted a status update that echoed what many netizens were feeling:

Once they are found I hope they are dealt with in kind.

‘Accused child abuser Dexter ‘Jahlo’ Gobin had to be separated from other prisoners…yesterday after they threatened to kill him.’
Yes fat man, you in for a good ole time on the inside. Have fun.

Prison inmates in Trinidad and Tobago are known to have no tolerance for child abusers and often carry out vigilante justice on anyone incarcerated for such crimes.

‘Not enough is being done’

Several bloggers shared their thoughts about the incident. Interestingly, before the video was even released, Barbados Underground published a post by human rights activist Felicia Browne, where she argued that violence against children is far too widespread across the region:

Over the past few months, the Caribbean Mentorship Institute is alarmed by the number of children that have died due to abuse. Child fatalities due to abuse and neglect are still underreported. One report on national child abuse and neglect deaths estimates that approximately 50 percent of deaths reported as ‘unintentional injury deaths’ are reclassified after further investigation by medical and forensic experts as deaths due to maltreatment or physical abuse.

The Institute adds that though effective parental education is being provided to new parents, not enough is being done to guard against excess force being inflicted on children.

Sheila Rampersad, guest blogging at Wired868, saw the video as “yet another window opened into the culture of violence in T&T”:

What of the thousands of children being similarly brutalised—and then some—who are not filmed and featured in news stories? What of those being savaged as you read this?

There is an epidemic of violence against women and children. Those who write letters to the editor and call in on radio talk shows to ask ‘What has become of T&T?’ have been living under rocks; this has always been a dark, violent place.

Social media and greater public awareness are showing us what has existed for generations and what is largely responsible for the explosion of violent criminality in contemporary times.

Her post went on to explain that the rights of society's most vulnerable groups—”children, women, the elderly, the disabled, [and] the homeless”—have not been put on the political front burner or made a national priority. Neither has the electorate spoken out en masse to demand it, she writes, saying “politics keeps pushing against progress and ultimately abusing those most vulnerable”:

Sitting in the gender ministry is an action plan for children and families compiled by former minister Verna St Rose-Greaves. After she was unceremoniously removed from the Cabinet, one or two references were drawn from it but follow-through action was discontinued in pure political bad mind. […]

Forgive me as I repeat ad nauseam that until the Children Act (2012), government after government was satisfied with legislation on children dating back to 1925 and the package of legislation to protect and nurture children drafted under then attorney general Ramesh Lawrence-Maharaj remained untouched under two PNM administrations only to be rushed through Parliament in the dying hours of the PP administration. The consequence is that there are legal provisions in place with very few supporting structures.

Rampersad's solutions? She advises utilising the University of the West Indies to assist in producing better trained social workers, as well as introducing constant tracking and monitoring of children to reduce the risk of abuse, a properly staffed police unit dedicated to child protection, and improved facilities for children in state care.

One blog, A Trini Speaks, which posts in dialect, recalled several other incidents of child abuse that have been shared on social media:

Mih sense is dat it eh have no excuse, none, tuh explain how or why ah hard-back big-belly man would act like he wrestlin somebody he size an force feed ah toddler while he woman blamin de chile. How de two ah dem pick up an run when de video went viral prove dey know dey did do wrong. […] Some people does forfeit dey place in dis world because ah how dey treat chirren. Just because dese cyar beat up nobody big like dem ah chile have tuh suffer? Sometimes turn arong is really fair play.

It's not the first case of child abuse in T&T to reach social media. Off the top of my head, I recall there was one video with a woman beating her child with a shovel and another one with a little boy chained up in a yard like a dog.

My sense is that there is no excuse—none—to explain how or why a hard-back big-belly man would act like he's wrestling somebody his own size and force feed a toddler while his woman blames the child. The way in which the two of them picked up and ran when the video went viral proves they knew they did wrong. […] Some people forfeit their place in this world because of how they treat children. Just because these two can't beat up someone their own size, a child has to suffer? Sometimes turnaround is really fair play.

While many on Facebook saw the arrest of the couple as “an example of social media being used productively”, some netizens were skeptical; Janine Mendes-Franco, referring to a 2014 incident in which a video was posted of a Trinidadian mother hitting her child with a belt, commented:

Waiting to see what comes of it. As I recall, social media was key in establishing the identity of the mother with the belt as well, but as far as I know she was never charged. What's the difference in this case? The age of the child? The fact that the perpetrator is not the child's parent? Abuse is abuse.

Interestingly, social media outed another case of abuse against Trinidad and Tobago's most vulnerable, as a photograph of a caregiver standing on a patient at a home for the elderly was circulated online. The nurse has since been brought in for questioning by police, prompting Facebook user Rhoda Bharath to quip:

Popular satirical website The Late O'Clock News was immediately on the situation:

The man who was arrested after a video of him using excessive force on a toddler went viral on social media, has come forward with his opinion on another viral video, this one depicting a caregiver standing on an elderly man at a home for the aged. The man […] has condemned the caregiver’s actions, saying they were ‘terrible’ and ‘wrong’ as she did not have any right to treat an adult, particularly a senior citizen, in that manner.

Speaking with The Late O’clock News from a jail cell, he said ‘How yuh go treat a big man so? I find them people in them homes need to have more respect for the elderly. Yuh can’t treat a big man like if he’s a little child’. When asked if he should have respected the rights of the toddler he is accused of abusing, he stated, ‘No. Adults is adults. Children is children.’

And in Trinidad and Tobago, both adults and children were grateful for the power of social media this week. In the words of Facebook user Franz Gillezeau:

Facebook has been responsible for the arrest of three people in connection with different forms of physical abuse […]
Facebook wins this week.