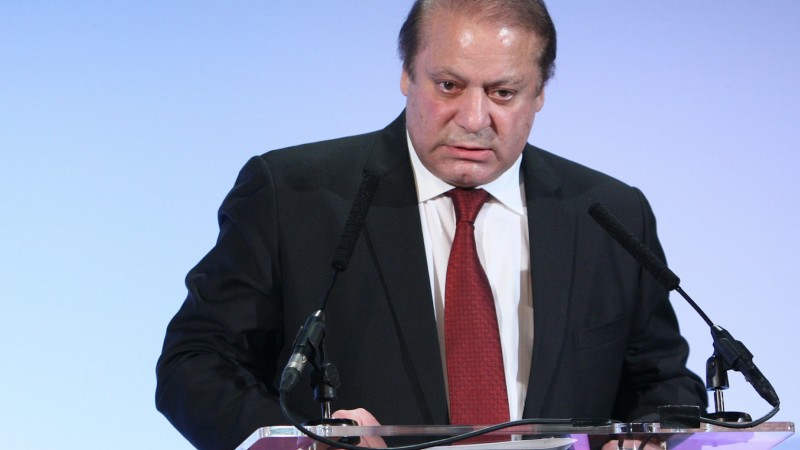 The Prime Minister of Pakistan Nawaz Sharif and US President Barack Obama met in Washington last week. Before the visit, there was speculation that Pakistan's nuclear program would be the focus of the talks, but minutes before the widely publicized meeting had even ended, a joint statement appeared on a Pakistani government website explaining that the talks reaffirmed Pakistan's commitment to fighting terrorism and supporting the peace process in Afghanistan.

STRANGE N CONFUSING: It's baffling how a 2,784 wd JointStatement of Nwaz-Obama mtng was on Pak Foreign Ministry website b4 the meeting ended

Very unusual for a long joint statement to appear before the mtg is over! Obama-Sharif talks #WashingtonDC https://t.co/KXCNOLZaBo

A confident #NawazSharif in US .'Do more’ tactic has lost weight, US to pressurize Pakistan on the Nuclear Program. pic.twitter.com/3sxgfmZ7jG

Despite all the hoopla about nukes, seems to me the big agenda point for Sharif/Obama meeting will be Taliban peace talks & #Afghanistan.

What are the expectation from the visit of prime minister to US. Washington will put pressure to contain tactical nuclear weapons…..

Arrived in Washington to see this note by the First Lady Michelle Obama. Beautiful gesture ! pic.twitter.com/e3q0uZGG7l

Michelle Obama and Maryam Nawaz had a meeting during this short trip, during which Mrs Obama announced they would give $70 million to educate girls in Pakistan.

Maryam Nawaz later thanked the Obamas on Twitter, along with publishing photos of a souvenir from them, but she tagged the wrong accounts to her tweet:

Thank you @BarackObama & @MichelleObama for your wonderful hospitality. pic.twitter.com/43gYWGoTyH

During the visit many Nawaz fans were tweeting about the visit using hashtags like #RealChangeWithRealPM and #AsianTigerNawazSharif:

In his last visit John Kerry called him Nawaz few times. This time Pak embassy in DC sent Kerry a msg to call him his excellency not Nawaz.

PM Nawaz's real challenge is to engage the U.S. Admin on a broader agenda from Afghanistan, Energy Corridors to Cultural & Academic Links!

Not a staunch supporter of #PMLN but seeing change all around. feeling better #RealChangeWithRealPM pic.twitter.com/g5QZH8sfYJ

NS is a very courageous man, he is daring, i love him for that, highly principled and bold! <3 #RealChangeWithRealPM pic.twitter.com/tiQO1MI5ol

There are others who thought the US could play a role in showing Pakistan the right way. Malik Siraj Akbar wrote in Huffington Post blog about 10 issues the US `president would raise with Pakistan's Sharif.

When the meeting started, #AsianTigerNawazSharif and #USPresident were trending in Pakistan. There were media reports about a '14 points agenda’ that had been handed over by Nawaz to Obama. A lot of the supporters of Nawaz were proud to see him with Obama once again and had many hopes attached.

I think it's PM Sharif who should ask about the Afg refugee crisis. Pakistan already brimming with 3 million plus https://t.co/SSbsTrUKYf