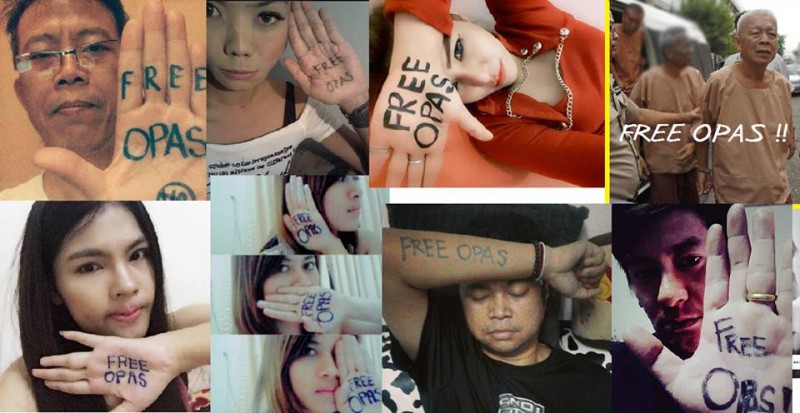 Thai Internet users who showed support for Opas. Image from the Facebook page of Nithiwat Wannasiri.

A social media campaign seeks the release of a 68-year-old musician and businessman known as Opas C or Uncle Opas, who is currently serving a three-year jail term in Thailand for writing anti-monarchy graffiti in a shopping mall in October 2014.

Thailand strictly enforces an anti-Lese Majeste (royal insult) law which some critics believe is the world’s harshest aside from being outdated. Thailand’s king is a most beloved political figure and a uniting force in the country, which has seen political upheaval in recent years.

Opas was arrested in a Bangkok mall for writing graffiti that authorities deemed defamed the monarchy. He allegedly wrote the following inside the mall’s toilet, according to a report by Prachatai, an alternative news website:

The government of clowns that robbed the nation, led by f*** Prayut. They have issued ridiculous policies of amateur comedians. Their main job is to use the monarchy (uncle [censored by Prachatai*]). Their main weapon is Article 112. I’m sick of seeing your face [Prayut] every day. It tells me that you [Prayut] are near the end because of the looming internal conflict.

Article 112 refers to the Lese Majeste Law. Prayut is the incumbent prime minister and former army chief who led a coup in May 2014.

Human rights groups have noted that Lese Majeste arrests have risen in the past year prompting many to assert that the army is using the law to silence and harass critics and political dissidents.

Activists and scholars are appealing for a review of the law. They are joined by several governments and international institutions which have been urging Thailand to reconsider the strict implementation of the law.

In the case of Opas, he pleaded guilty to the charge leveled against him last March. He asked for mercy and also cited his ailing health to suspend his jail sentence but military authorities denied his petition.

Last October 16, the military court sentenced him to another 18 months in connection to a second graffiti he made in a Bangkok mall last year. Opas’ legal team claimed that their client should not be charged twice because the graffiti messages were made in a single day. The appeal was rejected by the military.

News that the elderly Opas would remain longer in jail disappointed many activists and human rights advocates who are campaigning for his freedom.

Nithiwat Wannasiri, an exiled activist and musician, started a campaign by promoting the ‘Free Opas’ hashtag on Facebook:

I am a Thai citizen who believe that Uncle Opas is one of my fellows who are still breathing and should not be put behind bars at this age because of this absurd accusation. No civilized country prosecutes anyone who “wrote graffiti against public figures who were in power on a toilet wall.”

Uncle Opas might be able to spend his life as a senior citizen outside the hellish prison thanks to your palm or your support by spreading out his story and letting the world know the brutality of the Thai junta.

His message reached many groups in the Asia-Pacific region, which inspired Indonesian and Malaysian activists to upload photos showing support for Opas. Below are some photos expressing support to the ‘Free Opas’ campaign: 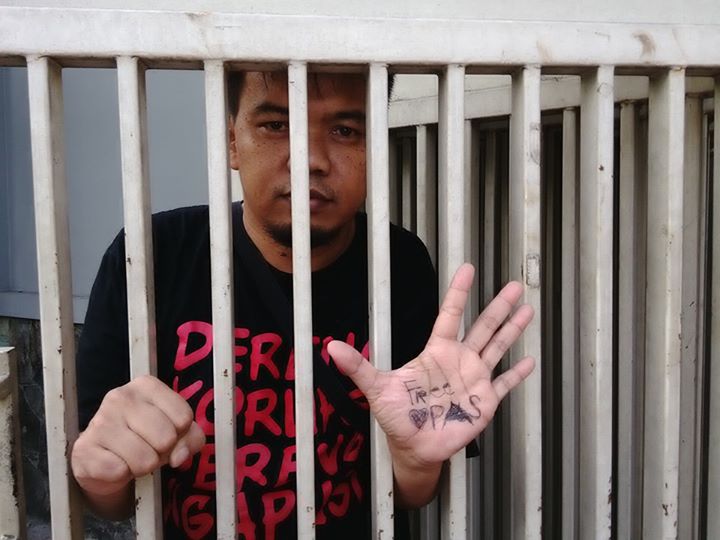 An Indonesian activist shows support for Opas. Photo from the Facebook page of Yohana Sudarsono 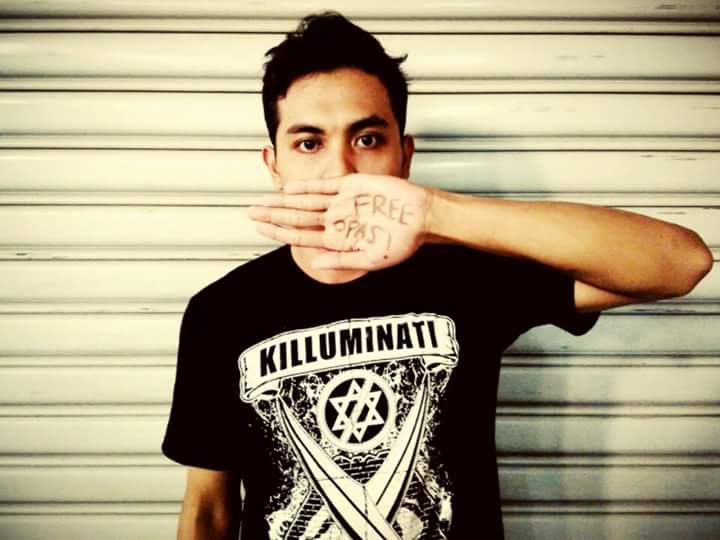 An Indonesian activist expresses support for Opas. Photo from the Facebook page of Yohana Sudarsono 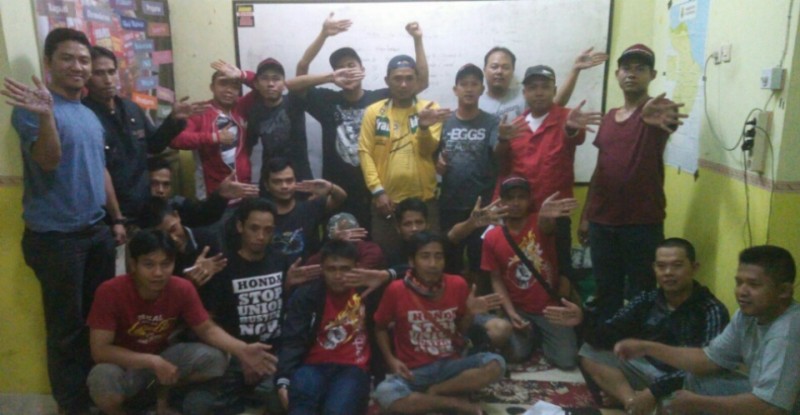 Union workers from Serbuk Honda in Indonesia call for the release of Opas. Photo from the Facebook page of Yohana Sudarsono. 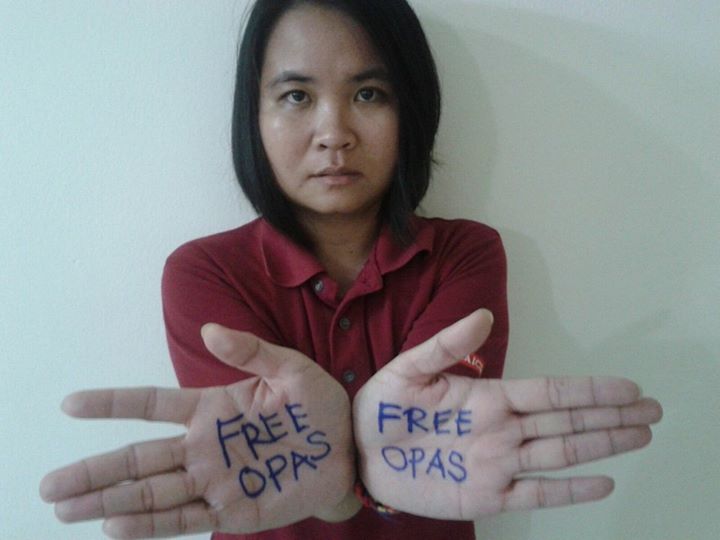 A Malaysian activist joins the ‘Free Opas’ campaign. Photo from the Facebook page of Yohana Sudarsono.

While in detention, Opas wrote a song called ‘Status Quo’ which reflects on his prison experience: