From Okinawa to the UN, the Protest Against a US Military Base Continues 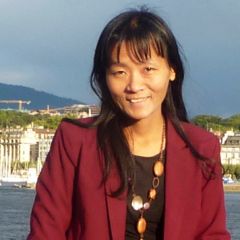 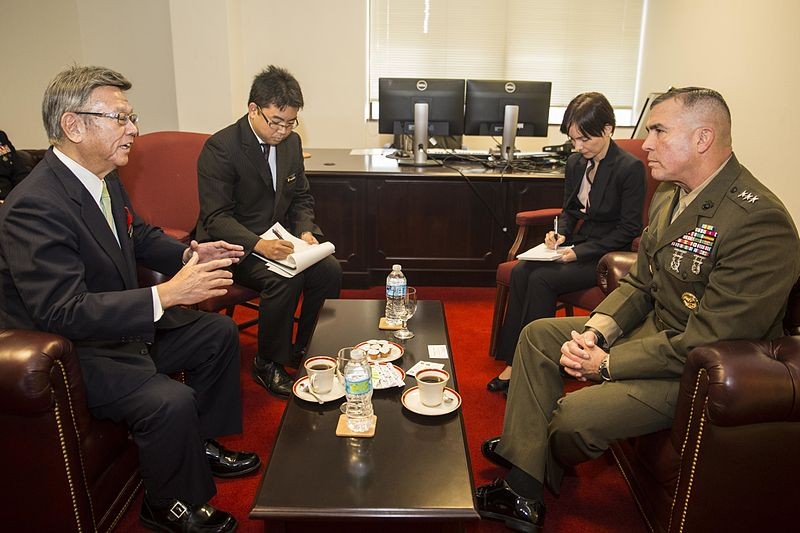 Long-held American plans to build a new military base in a remote part of Japan are being fiercely resisted by the people of Okinawa and their governor Takeshi Onaga. On October 13, 2015, Onaga exercised his right as governor to revoke a permit the US military needs to build the new base, effectively putting an end to base construction.

Onaga attended the UN human right panel in Geneva to “sound an alarm” about the relocation of the US Marine Corps Air Station Futenma in Okinawa to Henoko, an area further north within the prefecture, itself an archipelago located in Japan's far southwest.

The majority of residents oppose the plan, according to various polls throughout the years, but a small number of Okinawans do support the construction of a new base. Despite accounting for just 0.6% of Japan’s territory, Okinawa is home to over 70% of American military installations based in Japan. US military bases occupy at least 18% of the main island of Okinawa.

Okinawans have resisted the relocation of the base for 17 years, since a 1996 defense policy review suggested the move, and the American presence is still widely resented in Okinawa. Following a 2013 decision to formally move ahead with the Henoko move, protests have occurred in front of military bases almost non-stop.

Onaga's address to the UN Human Rights Council in September came after an August 2015 visit to Okinawa by Victoria Tauli Corpuz, a UN special rapporteur on the rights of indigenous people. While in Okinawa Corpuz said that the presence of so many US military bases in the small, isolated prefecture amounts to discrimination against the people of Okinawa. 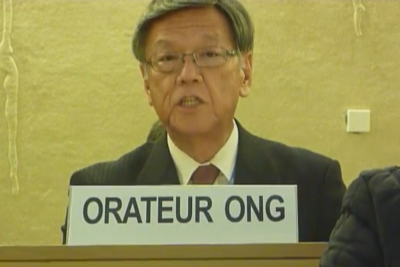 Onaga's entire address in English can be watched here.

Speaking to reporters in Geneva, Onaga pointed out that during the 27 years that Okinawa was under the direct administration of the US military following the end of the Second World War, US soldiers were responsible for a number of problems, including the rape of young girls, a plane crashing into a primary school and hit-and-run incidents.

After administration of Okinawa was returned to Japan in 1971 a large amount of toxic contaminants left behind by the US military was discovered, but Okinawa was unable to do anything about it due to the Japan-US Status of Forces Agreement.

After Onaga's lastest move in October of canceling the permit the US military needs to build the new base at Henoko, representatives of the Japanese government are seeking to have Onaga's decision suspended under the Administrative Appeal Act.

Sanae Fujita is an associate fellow of Human Rights Centre, University of Essex, UK. Based in the UK, Fujita traveled to Geneva in September 2015 to report on Okinawa Governor Takeshi Onaga's address to the United Nations Human Rights Council. Fujita attended a press conference Onaga held following the address.