Carrot Syrup, Potato Compresses and Nutmeg Necklaces: Grandma's Remedies From Around the World 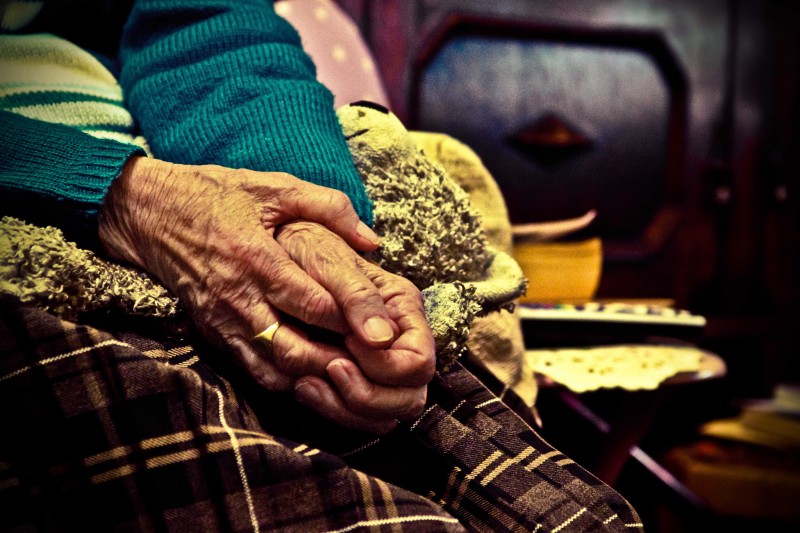 This story was compiled and edited by L. Finch, Georgia Popplewell and the Global Voices community.

We often turn to our beloved grandmothers for wisdom, comfort or the occasional sweet or two. But depending on where in the world we are, grandma's bounty can take on many different forms and flavors.

So, in order to see just how much grandma's tried and tested remedies varied across countries and cultures, we asked the Global Voices community of editors, authors and translators: “What remedies would your grandma recommend?” The responses are diverse, and show just how much we love and trust our grandparents no matter what part of the planet we're from.

The following list includes recipes for various concoctions, and like much of medical advice found on the Internet, they should be treated with an appropriate amount of caution—and taken with the proverbial pinch of salt!

Let's drink to the salt of the earth

Speaking of salt, salt water was a recurring theme on the list of grandmother-recommended remedies. From San Juan, Puerto Rico, Global Voices Spanish-language editor Firuzeh Shokooh Valle wrote about her grandmother's fix for a case of butterflies in the stomach:

My beautiful and wise abuela, Guillermina Ferrer, is from Cabo Rojo, Puerto Rico. One of my grandmother’s most famous remedies is one teaspoon of salt mixed into a glass of water for curing anxiety and nervousness. I have used it many times in my life, the first time was before taking my drivers license test when I was 16 years old. Since then, I drink a glass of water with salt right before any event or occasion that might make me nervous. It works miracles! 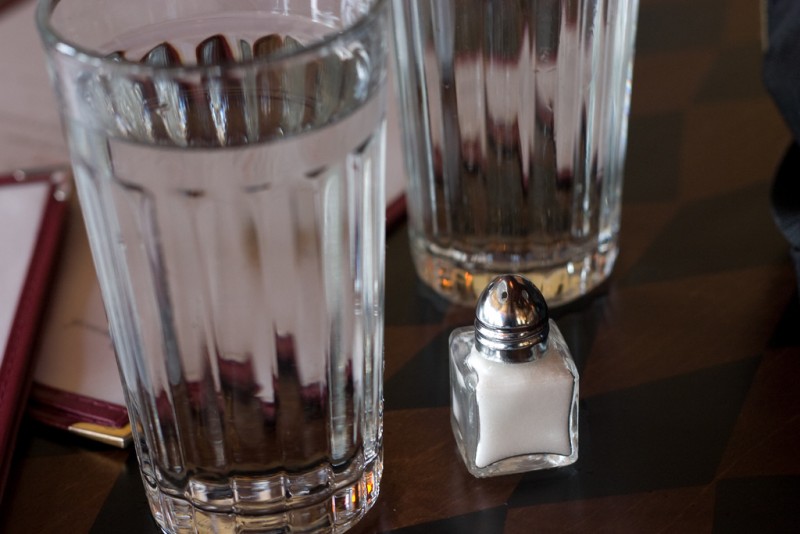 Pakistani author Anushe Noor Faheem, whose grandma is from Sialkot, Pakistan, suggests dissolving a pinch of salt in lukewarm water and gargling with that every morning to ward off wintertime sore throats. “Another remedy to avoid travel sickness which worked for me,” Anushe wrote,” “is to keep ‘gur’ (a candy made from juice extracted from sugarcane) in your mouth.”

Janine Mendes-Franco, editor of Global Voices’ Caribbean coverage based in Port of Spain, Trinidad and Tobago, recalled that her maternal grandmother, Granny Petra, recommended a different kind of salt for stomach upset or constipation:

Mix 2 teaspoons of Epsom Salts in a 1/2 teacup of water. Gulp it down fast because it tastes terrible. Then, have a sliced orange on hand to munch into (helps get rid of the awful aftertaste)

Sweet dreams are made of these

To soothe a cough, Global Voices Lingua community coordinator, community blog manager and translator Marianna Breytman said her Ukrainian grandma would prescribe boiling potatoes, splashing them with a little oil, putting them into a warm cloth and sleeping with the compress on your chest. “It sounds totally crazy, but it absolutely works!”

For some warmth on the other end of the body, Lingua Russian editor Anna Schetnikova from Moscow, Russia, remembered what her babushkas from Siberia might suggest:

They could give you a lot of advice about how to cure a sore throat or a cold, but one of the most interesting of them is this one, and it works especially good for children. Rub your feet down with fir oil, then put on some really warm socks and go to sleep under a really warm blanket. It usually makes you feel much better in the morning! 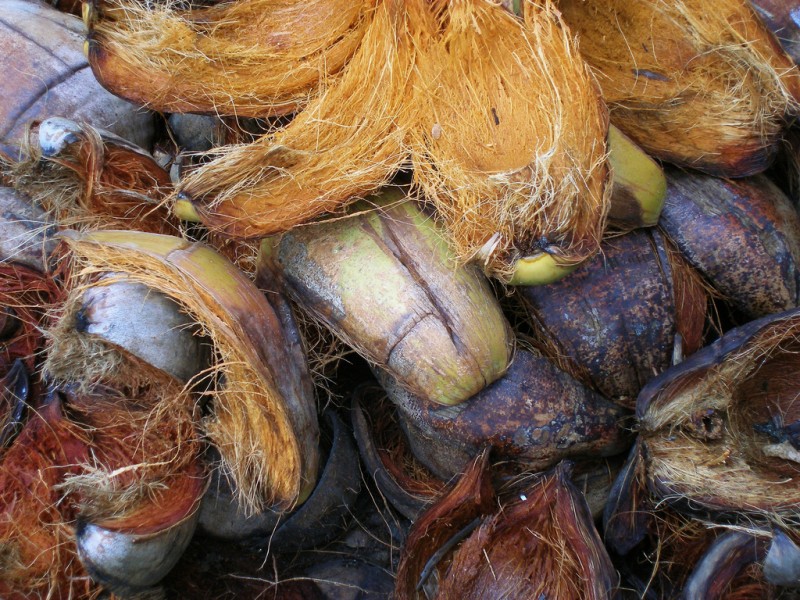 It wasn't only grandmothers who doled out memorable remedies. Author Sanjib Chaudhary from Nepal remembered two concoctions—one for indigestion and the other for skin afflictions—that his grandfather swore by:

Another was a remedy for eczema and other skin diseases. He used to collect trifoliate-like herbs—called Musakani in the local Tharu language—from the grasslands, and cook them in mustard oil over a cow-dung cake fire. The concoction was an amazing cure for different skin diseases, especially loved by poor people.

I'm putting all my eggs in one basket

Author Annie Zaman, who was born in Pakistan and lives in London, said her waddi-ami (paternal grandmother in Punjabi) from Jalandhar, India, would prescribe a warm glass of milk with turmeric and an organic raw egg for menstrual cramps. “Trust me, it worked then and it works even today.” 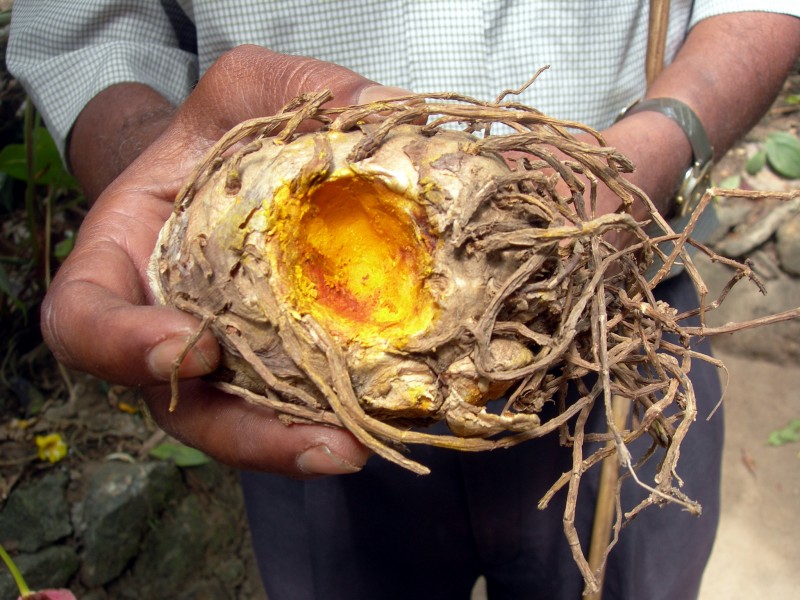 For postpartum pain, the recipe was tweaked to include desi ghee (a type of clarified butter). Annie said she relied on the concoction after she gave birth to her daughter:

Warm half teaspoon of desi ghee (organic), add a pinch of turmeric (freshly grounded at home), then add full cream milk, almonds and dates — bring it to a boil and drink it hot.

Iran editor Mahsa Alimardani said her grandmother from Tehran has a go-to cure-all with similar ingredients:

My paternal grandmother has an “all problems solved in one” remedy for any pain or health issue. Put a mixture of turmeric and egg yolk on it!

A spoonful of sugar makes the medicine go down

A nutmeg necklace for allergies? That's what author Elizabeth‘s grandmother from the Mexican state of Hidalgo would recommend. Her other remedies included an infusion of garlic and cinnamon for coughs; rubbing garlic on a mosquito or spider bite (“this one is WONDERFUL,” Elizabeth said); and placing a lettuce leaf under your pillow for insomnia.

Her grandmother from Peru, on the other hand, suggests an infusion of paico (also known as wormseed) for stomachaches; an infusion of spearmint for stomach infections; and an infusion of linseed with potato skins for bladder or kidney infections. “I always try all of this before traditional medicine and I have to say, they have helped a lot,” wrote Elizabeth, who is from Mexico City and now lives in Santiago, Chile. 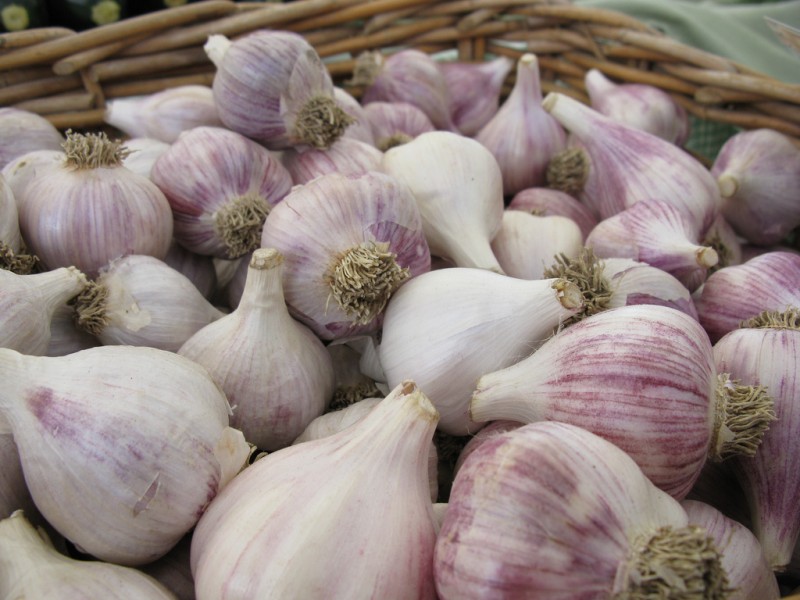 Author Gabriela García Calderón in Lima, Peru, recalled sharing a house with her tía Angelita, the sister of her great grandmother, while growing up. Angelita, who was from the country's Amazon region, was a “box full of recipes,” Gabriela said. One of her fixes was particularly hard to swallow:

I remember especially her medicine for sore throats: she sliced garlic and mixed it with onions and some water. She would leave that mix to stand for some hours and then she’d add some sugar and give that to us with a spoon. She had to add TONS of sugar for the preparation to have at least some sweetness. After all our moans, we finally swallowed it (I can even remember its taste, yikes!). The thing is, our cough was over in less than an hour, our throats were grateful.

Chopped carrots in a container, add heaps of yellow or cane sugar on top with a bit of Port. Leave it resting for one day or two. Take two spoons of the syrup two times per day! It used to work fine for us! ;)