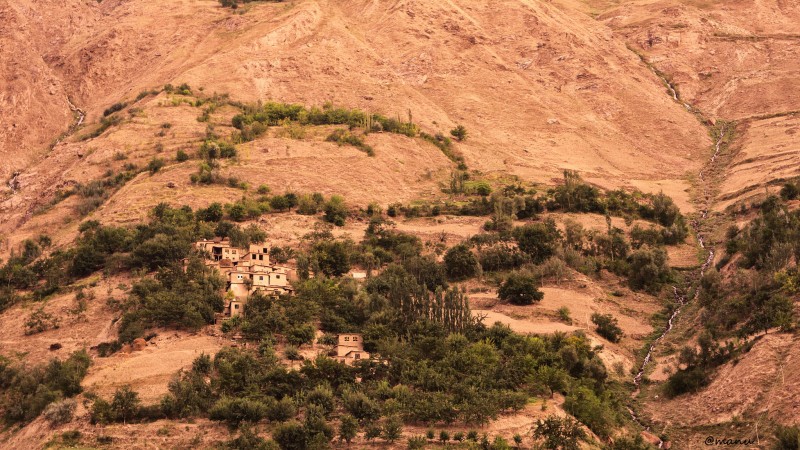 The Hindu Kush region, where the epicentre of the earthquake was. The mountain ranges mainly run thru Afganistan and Pakistan. Image from Flickr by LensNMatter. CC BY

A powerful earthquake hit northern Afghanistan earlier, with tremors being felt in Pakistan and India as well. The magnitude 7.5 quake was centred in the mountainous Hindu Kush region, 45 kilometres (28 miles) south-west of Jarm, Afghanistan, the US Geological Survey reported.

The death toll from an earthquake crossed 200 in Pakistan, according to BBC. Local news channels reported 231 dead and over a thousand injured. At least 33 died in Afghanistan.

Schools in Pakistan's quake-hit areas will remain closed on Tuesday, October 27, due to possible aftershocks, according to local media:

After the earthquake, accounts of eyewitnesses started to flood the Internet, as well as sympathies from around the world:

#AFG One of the scariest experiences. Was stuck inside a building during this massive earthquakes, I have experienced.

Really strong tremor felt here in #Kabul – not for long thankfully. Was a bit scary for as long as it lasted. Ok now #Afghanistan

Looks like that quake shook Pakistan too. Went on for quite a bit. Panic, power outage in #Kabul #KabulQuake

A lot of Twitter users were spreading messages about how to stay safe when an earthquake hits.

What to do during an #earthquake. Pls share. Image via @iqrabashir482pic.twitter.com/vM1tl8icLp

Indian Prime Minister Narendra Modi and Afghan President Ashraf Ghani also expressed themselves on social media after the earthquake. Meanwhile, Pakistani Prime Minister Nawaz Sharif while speaking to the media said that he has cut his trip to London short due to the disaster and should be returning to Pakistan soon.

Spoke to PM Nawaz Sharif & expressed condolences on the loss of lives due to the quake. Offered all possible assistance from India. — Narendra Modi (@narendramodi) October 26, 2015

A Pakistani website put together a timeline of the deadliest earthquakes in the past 30 years. Today's earthquake was, however, was one of the strongest ones to have hit Pakistan.

This video uploaded in Facebook shows how a ceiling fan shook when the deadly earthquake struck Pakistan earlier today.

Eyewitnesses told news channels on television that the earth beneath their feet shook for many, many seconds.

Major Earthquake has hit our mother land Paksitan. All our prays and well wishes are with the families.May Allah protect all of us. Ameen

#earthquake strikes due to our sins,so recite Astaghfar and beg from Allah to forgive our sins.indeed Allah is the best listener

Hearing of a massive earthquake in Pakistan, Afghanistan & India.Our prayers for everyones safety & well being. May Allah have mercy on all.

After the earthquake, telephone, mobile and Internet networks came to a stand still in some places:

For 20 minutes mobile network remained choked after earthquake in Delhi.I dread to think what will happen when a deadly disaster strikes us?

Google announced it had expanded its Person Finder services to Pakistan and Afghanistan following the quake:

After Google, people have also started marking themselves safe on Facebook to inform their friends and family.