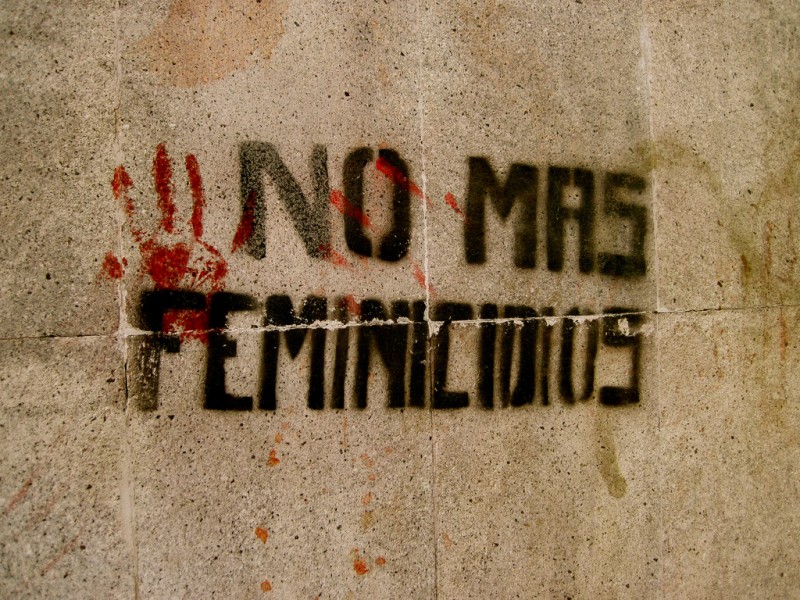 Diana Sacayán's body was discovered in her apartment on October 13. A transgender rights activist, Sacayán was the coordinator of the Anti-Discriminatory Movement for Liberation. Police say there were signs of a struggle, leading to suspicions that she was murdered.

Image: “I support the law for a trans workplace quota.”

Tweet: Diana Sacayán: It is our task to multiply your struggle.

Sacayán was the first Argentinian trans-woman to receive the country's new national ID card, which recognizes the right to gender identity. She won the right to this identity with the recent passage of the Trans Quota Act, which establishes that the public sector within the Province of Buenos Aires shall “employ at least 1 percent of people belonging to the transgender, transvestite, and transsexual communities.” This law also applies to companies and corporations owned and controlled by the state.

The Argentine Homosexual Community has denounced the activist's death, calling it a “hate crime.” The organization also highlights that there were seven such deaths recorded in 2014.

In the past month alone, Sacayán's death marks the third “femicide” committed against a trans-women, according to an announcement from the Argentine Federation for Lesbians, Gays, Bisexuals and Trans, whose spokesperson, Esteban Paulón, stated:

Discrimination is still killing, and we don't say this figuratively: many cases, such as those of Diana Sacayán, Marcela Chocobar, and Coty Olmos, reveal in a harsh way the effect that this type of discrimination has over people. Faced with this reality, the Congress cannot keep on turning a blind eye and not providing effective tools to build an equal society.

Both Marcela Chocobar and Coty Olmos were also brutally murdered.

Link: Diana Sacayán, the activist who achieved that 1 percent of public employment are for the trans community. By Violeta Assiego (@vissibles) “We at the International Lesbian, Gay, Bisexual, Trans and Intersex Association for Latin America and the Caribbean request that national judicial authorities release a clarification soon on Diana Sacayán's death and many other LGBTI women and people”

On social media, Internet users have boiled with outrage:

Trans leader Diana Sacayán believed in organizing, she had a sense of humor. She loved to say she was an active member of MAL: Anti-Discriminatory Movement for Liberation.

This case is also an opportunity for the country to recall its many unsolved deaths, such as public prosecutor Alberto Nisman, who led the Argentine Israelite Mutual Association building bombing investigation. Nisman was found dead in an apparent suicide, hours before he was due to bring accusations against the president and several staff members of the ruling party for covering up Iran's involvement in the 1994 bombing that claimed 85 innocent lives:

The President requested to clear up trans activist Diana Sacayán's death/I got a fright, I thought she was talking about Nisman

9 femicides and 1 “travesticide” in one week it is not coincidence but malice. It's enough! In behalf of Diana and many others, at 11 in Viamonte 1147

Meanwhile, the use of labels such as “femincide” and “travesticide” are fueling a major debate:

Today I heard the word “travesticide”. Too much specificity regarding people prone to discrimination.

“Travesticide” sounds suspicious to me. I don't really know why, or whether it's right or wrong, but why don't we just call it “femicide” and that's it?

Since 2008, there have been more than 1,800 women murdered in Argentina every year, according to Casa del Encuentro, an NGO that assists gender-violence victims. Last June, dozens of people marched through the cities’ streets under the motto #NiUnaMenos (Not One Less) to protest against femicides in the country.