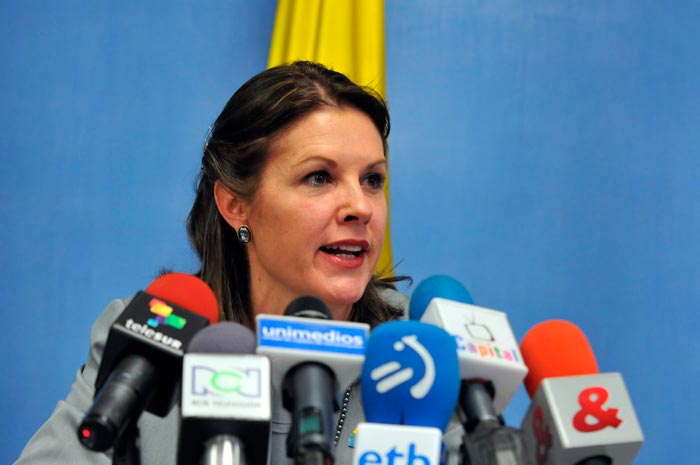 The current version of this article was completed by Confidencial (Nicaragua) and republished by CONNECTAS and Global Voices Latin America thanks to a content distribution agreement.

The stepping down of Silvia Rucks, the diplomat who was resident coordinator for the United Nations (UN) in Nicaragua, could be interpreted as a sign of significant shift in the handling of international cooperation, a sensitive aspect of Daniel Ortega's administration. According to Confidencial, a local Nicaraguan portal, consulted citizens believe that the real motives that led the diplomat to leave her position suddenly on Friday, October 9, 2015, should be uncovered. The government justifies this political move saying that those projects previously supported by international organizations should be handled directly and without a middleperson. For others, this shows a will from the government to reduce spaces of citizen participation that could be influenced by third parties.

In an official press release at the beginning of the week, the resident representative of the United Nations Development Programme (UNDP) announced that “in the context of a new policy for international cooperation management [by the Nicaraguan government]”, a change in leadership within the institution was considered appropriate, in order to “facilitate the transition to a UN programme that corresponds to the cooperation model adopted by the nation.”

The statement generated concern in the local diplomatic circles. There is fear that the event may be related to the support that UNDP offers to local NGO's as well as to Rucks herself. The image of the Uruguayan diplomat within the government is that of “a very independent person, that does not react submissively when it comes to [NGO's]. This is a matter of strength,” said one of the sources.

A Measure to Prevent a Central American Spring?

The video below, shared by Confidencial, explains how the government of Nicaragua decided, rather suddenly, to handle most of the projects linked to international cooperation itself. This meant the suspension of around 18 projects that were previously managed and funded by international cooperation bodies. According to the video report, it is still not clear which of the projects will be suspended or what the social impact of these changes will be.

The makers of the video also point to other opinions circulating around these proposed changes. According to them, the Nicaraguan government might be aiming to limit external influences on spaces involving citizen participation and transparency. The goal of this would be to avoid protests like the ones that took place in Guatemala earlier this year and ended with the end of Otto Pérez Molina's presidency.

Unofficially, speculations indicate that the shutdown of seven UNDP programmes on government's orders and the reduction of UN operations in the country caused the resident UN coordinator to step down.

“It seems irrational to have third parties managing external funds”

For Francisco Aguirre Sacasa, former nicaraguan Foreign Minister, the diplomat's exit is an absolute mystery, given that Rucks has only served in the country for 15 months, in a role that was supposed to last four years.

Members of the government, when approached by Confidencial, denied that Rucks’ retirement had been requested from the United Nations, yet they did confirm that the State wants to take direct control over external cooperation initiatives, foregoing intermediaries:

It seems irrational to have third parties managing external funds when the government has managing units that can perform the task well or even better.

This policy, cited by the UNDP in their press release, aims to centralise the official management of external cooperation, so as to align it with the government's political and economic strategy. In a meeting held by bilateral and multilateral donors at the end of September, the Ortega administration justified the measure by arguing that Nicaragua is a country of average income, hence all management of such relationships and implementation of projects should take place without any intermediaries.

Mario Arana, an economist, businessman, and former president of the Central Bank, noted that the cooperation organs of each country should consider whether the State has sufficient maturity and the necessary capacity to manage the resources in such a way. The former government official Enrique Bolaños, warned that transparency is vital to guarantee the implementation of the model in question. He also mentioned that lack of access to key information, mainly economic indicators, has generated concern at the union level:

Any country needs transparency or accountability, or else it is exposed to all kinds of problems. Firstly, because the market loses grip over what is happening in the country, this is fundamental for a market economy to function and for the ideal conditions for investment to arise. If Nicaragua wants to increase its economic growth levels, it should create the necessary institutional conditions and stable ‘rules of the game’ that will allow investment to develop…

According to Mauricio Díaz, member of the Central American Parliament for the Independent Liberal Party, the application of a model without intermediaries is a question of political will and institutionalism:

Why is it that they have decided to open this “box” if until now they were handling it as a State secret without making the issue accountable to the people? What happened with Venezuelan cooperation? The amount is estimated at four billion dollars. Where is this money? This is the question that we all ask (…) This could be a way of trying to show the world that finances will be handled in a transparent manner, but a lot of water has run under the bridge already.

An issue of transparency

On his account, former minister Norman Caldera explained that this model could bring advantages for the country, since it would allow for a more efficient handling of the projects, as opposed to them being managed by means of intermediaries.

However the problem, yet again, concerns transparency […] For this to work, the donors require absolute transparency in the management of the funds, and that will be difficult to implement in Nicaragua. We have seen how they (the government) have not been very transparent in handling the Venezuelan cooperation.

According to daily newspaper Panorama, Nicaragua received 4.251 million US dollars from Venezuelan cooperation between 2008 and the first semester of 2015, the majority of which are preferential loans for oil imports, as noted by the Nicaraguan Central Bank.

So far, it seems, these abrupt changes in the multilateral mechanism of governing Nicaragua's international cooperation have left more questions than answers.