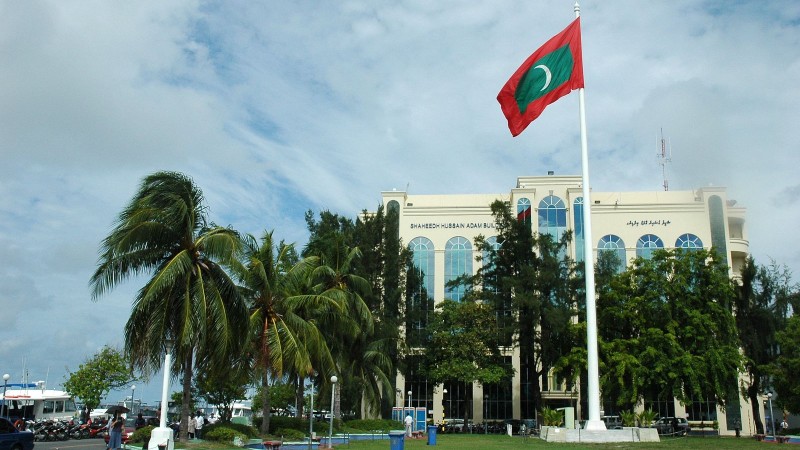 The Maldives’ Supreme Court has acted swiftly to overturn an island court's decision to execute a woman for adultery. The woman had been sentenced to be stoned to death. According to the Supreme Court, the lower court's ruling violated the “judicial and legal procedures to be followed in such cases.”

The Republic of Maldives is an archipelago of more than 1,110 islands in the Indian Ocean with a population of roughly 400,000 people.

On Sunday, October 18, 2015, the magistrate court of the remote island Gemanafushi (400 kilometers south of the country's capital, Male) sentenced a woman (a mother of five, no less) to death by stoning. According to the news website Haveeru, the woman confessed to the crime after giving birth out of wedlock. In the Maldives, the usual punishment for unlawful sexual intercourse is imprisonment for 6-to-24 months, depending on the offender's marital status.

News of the death sentence evoked surprise and outrage on social media:

A sad day for Maldives for the first time in the over 800 yrs Islamic history of Maldives a woman has been sentenced to death by stoning.

Planning a holiday in the Maldives? Then don't, unless you agree with stoning women to death #boycottMaldives

Luxury honeymoon on one island, gun-running on next, stoning women on next, gang retreat next, jihadist camp next…#IslandHopping #Maldives

Writing on Facebook, Amani Naseem described her frustration with the ruling and the “horror” to come:

First time in the history of Maldives a woman has been sentenced to death by stoning, it is a very sad and shameful day.

I wish I could be in Malé to protest this horror. Please don't let them kill her!.

According to a report in the online newspaper Maldives Independent, the verdict was issued under section 1205 of the penal code, which states that Islamic Sharia punishments must be meted out to persons found guilty beyond a reasonable doubt of committing a crime for which punishment is prescribed in the Sharia law, “even if it is stated otherwise in criminal laws.” The penal code previously allowed only punishments prescribed in the Holy Quran and there is no reference to stoning in the Quran.

The Maldivian Penal system is predicated on Islamic Sharia Law with mix of English common laws. The Maldivian Courts limit punishment to the following:

According to a recent legal amendment, the Supreme Court must pass a final judgment on all cases where the defendant is convicted of offenses carrying penalties prescribed in Islamic Sharia.

Iyaz, a senior member of the religious conservative Adhaalath Party, praised the “courage” of the magistrate court, which ordered the adulteress stoned to death.

Death by stoning: Literature shows that not all Islamic scholars agree on the penalty of death by stoning, sanctioned for hadd or hudud offenses.

This sentence comes at a time of increased national and international pressure on the government of Maldives regarding conduct of the judges, questionable judicial impartiality, arbitrariness and general lack of confidence in the judiciary of Maldives

There are still 15 countries that practice or formally permit stoning to death women who have premarital sex.

Maldives emerged from decades of authoritarian rule in 2008, when it saw a new democratic constitution and the first multi-party elections, with Mohamed Nasheed being elected as president. But the country’s transition to democracy faced a setback in 2012, after Mr. Nasheed’s government was forced from office in an uprising, which some call a coup. New elections brought to power Abdulla Yameen Abdul Gayoom, the half brother of former ruler Maumoon Abdul Gayoom, who ruled the Maldives for three decades until 2008 and his party's political alliance, the increasingly powerful Adhaalath Islamic political party. 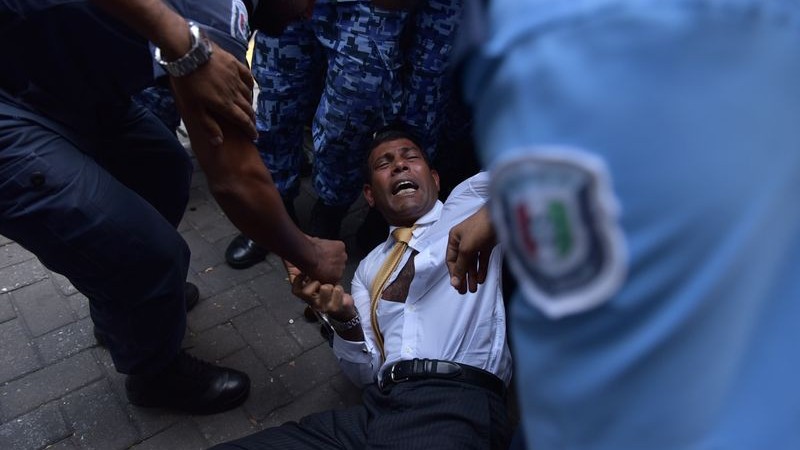 Last March, former President Mohamed Nasheed was jailed for 13 years, after being convicted under the country's anti-terrorism laws for ordering the arrest of an allegedly corrupt judge in 2012.

Reports say the country is slowly sliding back into authoritarianism.

Supreme Court nullification of sentence to stone a woman to death shows;
1. Gov can, and do, order SC what to do.
2. Gov is feeling international pressure and don't want any more trouble.