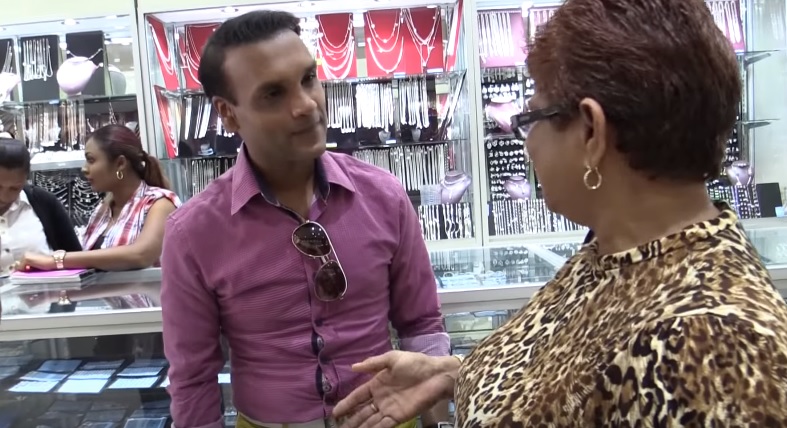 During his recent 2015/16 budget speech, Trinidad and Tobago's new minister of finance aroused public interest and ire with revelations of fiscal mismanagement by the previous government. There was further drama during the follow-up budget debate, which is still ongoing, when the minister of sport and a Facebook account belonging to the finance minister made jibes at an opposition member of parliament on account of his alleged effeminate manner.

The political “picong” (a local term for “taunting” or “ridicule”) targeted opposition member Barry Padarath, a first-time parliamentarian for Princes Town, who made his maiden speech in parliament during the debate on October 10. After Padarath's speech, Darryl Smith, also a first-time parliamentarian and minister of sport for the governing People's National Movement (PNM), took the mic and thanked Padarath for the “comic relief”, referring to him as a “princess”.

‘Counter-bullying can’t be the solution’

Blogger Mark Lyndersay wrote a stirring post in which he recalled a moment in his youth when he didn't intervene to stop his peers from hurling cat-calls at an effeminate classmate. “That's what bullying is,” he wrote. “A few people who act in cruelty who are either supported or not stopped by the many who should know better.” Lyndersay continued:

This does not constitute a defense of Padarath, who is going to face his own professional challenges in Parliament quite removed from any perception of his lifestyle that his observers care to indulge in.

It is, however, a disappointed condemnation of [Prime Minister] Dr Rowley’s Cabinet, who seem to be still drunk on a cocktail of triumphalism and condemnation that’s already worn out its welcome.

Sneering at Barry Padarath is only one symptom of behaviour that’s raddled his team from young to old that the Prime Minister needs to step on firmly.

This isn’t 1972 anymore and even then, schoolboys should have known better. In 2015, I didn’t expect to hear that sound again from the centre of my nation’s governance. Nobody did.

But these things turn around and bite you. What don’t meet you, elders would say, don’t pass you.

And naturally, the slur against Padarath also evoked strong reactions from the local LGBT community.

Blogger The Eternal Pantomime said that the LGBT community was “rightly” outraged, though she made the observation that there were double standards at play:

Padarath’s way of expressing masculinity may not be mainstream in a society that is very chauvinistic, but his mannerisms don’t make him any less of a human being or deserving of respect. Just like being black, assertive, straightforward and male shouldn’t make any person fair game for names like raging bull, rottweiller, wajang, rapist and pedophile [all names that current Prime Minister Rowley has been called by his political rivals]. But it seems, certainly given the responses of some members of the LGBT community, that some versions of masculinity are more deserving of defending than others. Which is unfortunate.

The Coalition Advocating for Inclusion of Sexual Orientation (CAISO), for its part, acknowledged that both sides were at fault. Although critical of the homophobic statements made about Padarath in parliament and on Facebook, they also condemned his response. Padarath, subsequent to the name-calling in parliament, reportedly sent letters to the offending ministers announcing a “non-partisan initiative…to launch an anti-bullying campaign” at a school in his constituency, suggesting that if they refused to join the initiative they should be made to resign. According to CAISO:

Mr Padarath’s letters to his colleagues have turned the bullying tables. Following their public taunts of him in the House chamber and tearoom this past week, he is now holding down the heads of Ministers Smith and Imbert in the schoolyard sand, insisting they say uncle.

Sadly, it’s precisely this way in which bullying escalates in our schools every day that requires urgent leadership and attention; and counter-bullying can’t be the solution either for those who are bullied in school or for how our politicians respond to this serious problem.

The difference between an MP and a circus clown is…

The uncouth behaviour continued when, two days after the taunting of Padarath, opposition chief whip Dr. Roodal Moonilal told another MP to “shut your stink mouth”.

Some didn't categorise any of the banter as “picong” at all. Earl Best, writing at the satirical website Wired868, noted that some media commentators tossed aside all euphemisms and called it as they saw it—”shit talk”. Best was less concerned with the dimwittedness of the parliamentary representatives than with the serious economic situation Trinidad and Tobago now finds itself in, which is, of course, what the budget debate was supposed to be focusing on.

Another Wired868 guest blogger, Jabari Fraser, noted the insults were masking a lack of thoughtful analysis from lawmakers on all sides:

Bull, princess and stink—the three words that had the biggest impact in our Budget debate and debate about the debate by Trinidad and Tobago parliamentarians.

Contributions in Parliament were generally poor. Few of the elected members analysed the vital macroeconomic matters which all of us have to deal with. Even fewer had constructive criticism of the fiscal policies announced by the Finance Minister.

For the most part, the senior Opposition members based their contributions on a healthy portion of misinformation, half-facts and ridiculous fear-mongering.

Netizens echoed this sentiment, calling on their elected representatives to do better than this show of “disrespect to the people of Trinidad and Tobago”. The Eternal Pantomime agreed:

I want to believe that both Government and Opposition will step their game up and fulfil their real roles as MPs. Otherwise we can simply hire 41 circus clowns and get on with the entertainment.