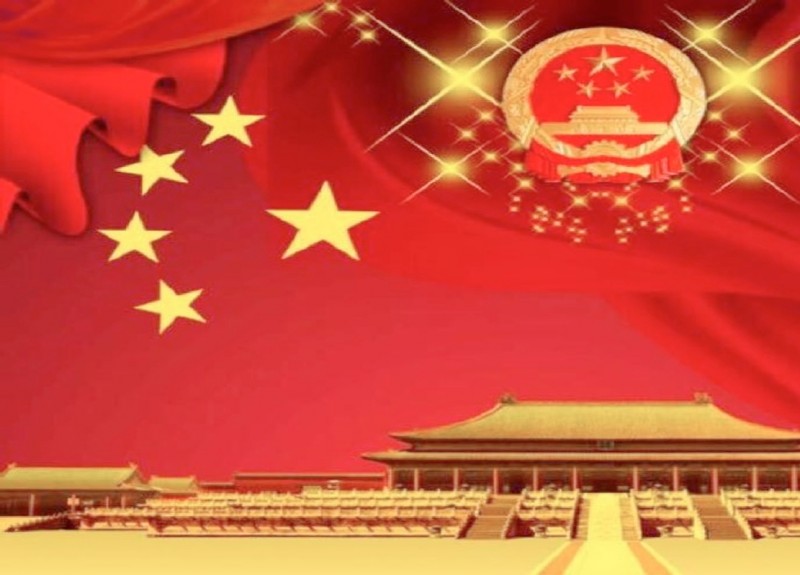 The scene is familiar: groups of commentators stirring up the sphere of public opinions into hustle and bustle on China's Internet. By insulting individuals and distorting facts to further provoke conflicting opinions, these groups have forged a battlefield, pushing netizens into squabbles online, or even arranging scuffles offline.

These types of Internet commentators often appear as “online youth civilization volunteers,” backed by the government-affiliated Central Communist Youth League, the 50 Cent Party (Wumaodang) or independent supporters of the government known as “ziganwu.”

On Weibo, the online civilization volunteers and wumaodang keep a relatively low profile—their names and profile images usually look just like those of ordinary netizens.

But a new force, the “Chinese online volunteer army” staffed by members of a nationalist right-wing network group, is now springing up. The volunteer army, organized in the manner of a military division, was initiated by the followers of Dai Xu, a Chinese army senior colonel who has advocated for a self-organized liberation army to beat down foreign enemy forces online. Each division of the group has its own social media account marked with scarlet national flags and propaganda slogans on its profile pages. It even has its own anthem.

This volunteer army positions itself as the force defending national interests and China’s dream, a concept invented by China’s president Xi Jinping in 2012. Its mission statement says:

Dai, a retired colonel and a commentator for the state-run tabloid Global Times, is known for his hawkish views on Chinese foreign and military policies. He has no known involvement with the volunteer army, but has expressed approval of their activities.

Lead by their headquarters, some “US strategic advance divisions” have infiltrated leading Chinese think tanks that mislead the top design of Chinese strategies, and divert Chinese economic development into being dependent on backward technologies, to ward off the Chinese challenge to US high technology sector. They [strategic divisions] aim to make China a western economic colony. Some [of the strategic divisions] have sneaked into colleges and research institutions, under the guise of supporting research, to brainwash some scholars who support “anti-communism and anti-China” views. Their infiltration focuses on the spheres of law, politics and history. To mislead people, they use foreign capital to control commercial Internet portals, and spread the wrongful trend of historical nihilism by using online and new media. Some [of the strategic divisions] have even successfully penetrated into Chinese mainstream media and government agencies, and have been doing sinister business that damages Chinese interests and favors the western world.

Hu Xijing, the chief editor of Global Times and a well-known nationalist figure, expressed his support for Dai back in 2013:

Dai is a famous Hawk amid Chinese military scholars. Most of the time I disagree with his opinions, but I feel China’s public sphere sorely needs a few such “hawks.”

The rise of the volunteer army

Despite the fact that Dai’s conspiracy theories usually call for concrete and trustworthy factual support, his political rhetoric caters to the steady rise of nationalism and is now taking shape in the form of the self-organized volunteer army online.

Dai explained why he supports the online volunteer army in an article last July:

Today, some western countries use the Internet and its advantages to instigate color revolutions, stirring up chaos throughout the world. Xi pointed out that the struggle for ideology is extremely important… During the anti-Japanese war, China’s Communist Party “harshly purged spies” to strengthen the unified front in the battle. [Today we] restore heroism and patriotism, leading the spirit of the volunteer army through time and space and reigniting it in today’s cyber era.

To defend the “online Triangle Hill,” Dai advocates the formation of “the online volunteer army,” which stands for the patriotic netizens who were inspired by Dai and self-organized to engage in online battles against hostile forces. The army was not initiated by Dai but is named after him to express our respect. [We] do not gather in a specific form, our intention is to unite and call on more patriots to defend national interests.

Ren Zhiqiang, a real-estate tycoon and a member of the Communist Party, nicknamed “huge cannon,” is a recent target of the army's activities. Last September, Ren rebuked the Communist Youth League's idealization of communism by recalling his sufferings during the Cultural Revolution.

A few days later, an article by Yi Guoming titled “Being Aware of Ren Zhiqiang’s Sophistry” condemned Ren for garbling the concept of communism and advocating for western democracy. The volunteer online army then started a round of attacks on Ren by sharing the article online and echoing the author’s views.

The group also deviates from the official Chinese government and Communist Party line, which stresses the importance of civilized online behavior. The volunteer army even defends online trolls, like Hou Jusen, the infamous member of “online civilization volunteers,” who picked quarrels online and engaged in street fights in the name of patriotism:

The state, which has an official like director Dai, a youth student like Hou Jusen, and the online volunteer army defending the online Triangle Hill, must be powerful. Let’s always remember national stigmas and struggle for a stronger country!

With statements like these, the volunteer army advocates patriotism online— by distorting opinions, smearing netizens or even supporting violence, and mostly disregarding laws. For some, it has created a kind of safe space and asylum for mobsters and thugs.

Pointing to the clamor created by Dai and the voluntary army, a Weibo user argued:

The so-called patriotism Dai and online thugs claimed is to besiege and insult the people who criticized the government for today’s injustice and corruption. These thugs, who did nothing but flatter the system [of state], are indeed traitors.