A Musical Project in Mexico Dedicates Their Latest Work to ‘The 43 From #Ayotzinapa'… and It's Free to Download! 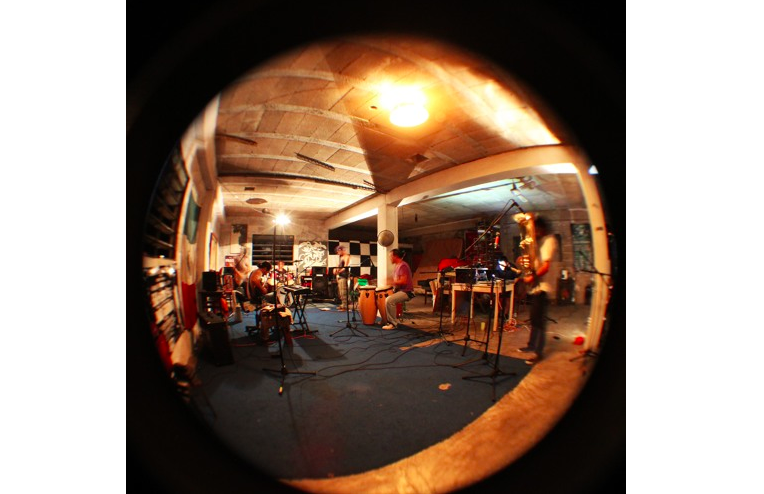 Santiaguero Collective in Mexico, a group which is funded by Rising Voices Microgrants 2014, dedicate their latest work to the 43 from Ayotzinapa. Photo: Claudia Novelo

Jam Gorila, a musical project from the Yucatán peninsula in the south of Mexico, is dedicating their latest work to “the 43 from #Ayotzinapa” (the 43 male students who went missing in Iguala, Mexico, after travelling to hold a protest at a political conference and then being intercepted by police on September 26, 2014).

Their current material also forms part of “The South of the South Is Free Music,” a collaborative cultural project based on music which critiques the Mexico of today and calls for change. #ElSurdelSur (The South of the South) is driven by the Santiaguero Collective in Mexico, a group which is funded by Rising Voices Microgrants 2014, a project of Global Voices Online. Rising Voices aims to extend the benefits and reach of citizen media by connecting online media activists around the world and supporting their best ideas.

Santiaguero Collective originated in the city of Mérida, Mexico, where they were drawn together out of their common love of music. But not just any music. What characterizes this collective is their focus on Creative Commons-licensed music that reflects the current social issues of the region and the country. Local artists are invited to remix and adapt instrumental tracks created through collaboration, especially in the indigenous Mayan language.

All of their material is free to download—are you ready to enjoy and share it? Here's a taste.