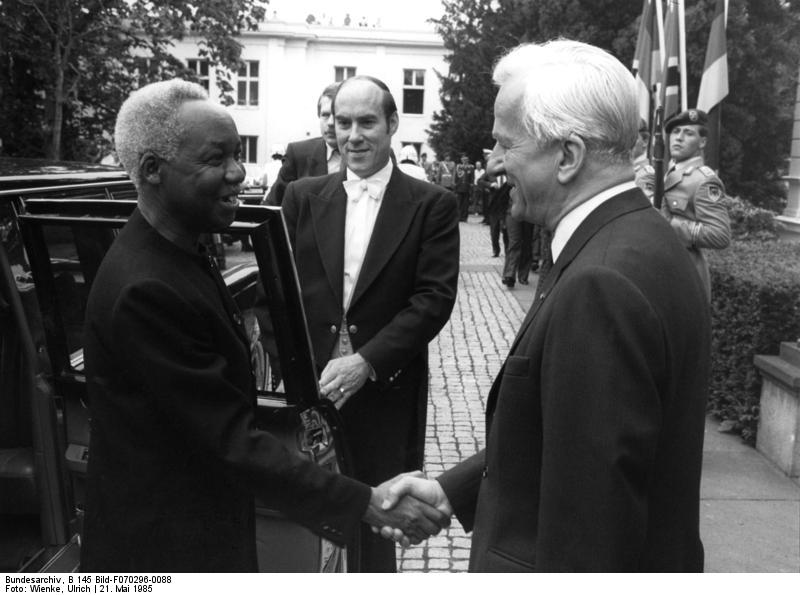 Tanzania has had four presidents since gaining independence from Britain in 1961. The first, Julius Kambarage Nyerere, mostly referred to by his honoric title Mwalimu Nyerere, is the most respected and loved statesman in Tanzanian history.

Nyerere, also affectionately known as Baba wa Taifa (Swahili for Father of the Nation), is credited, among other things, with building a strong sense of national unity and identity in a country of more than 120 ethnic groups — a rare achievement in African politics — and promoting Swahili, the most widely spoken non-tribal language in Africa.

He was a strong supporter of the liberation movement on the continent and anti imperialist-movement around the world. It is no wonder that political organisations such as FRELIMO of Mozambique, the ANC and PAC of South Africa, ZANU and ZAPU of Zimbabwe, the MPLA of Angola and SWAPO of Namibia all had offices and training camps in Tanzania. In addition, the country gave safe haven to US civil-rights activists, Black Panther party members such as Pete O'Neal and Geronimo, and Vietnam War resisters.

Sixteen years after his death on 14 October 1999, Tanzanians are using the hashtag #DearNyerere to remember him, particularly in the context of Tanzanian General Election taking place on 25 October, 2015.

‘You wouldn't believe that your country is a beggar’

Most tweets express a sense of nostalgia, despair and total dissatisfaction with how the country is run since his death.

Glady Shao summarised her dissatisfaction with the current political leadership in the country:

#DearNyerere if you came back today, you would definitely get a heart attack and die once again if u saw what some leaders hv been doing

Nabil Omar complained about mismanagement of natural resources such as Tanzanite:

#DearNyerere Tanzanite is no longer Tanzanian, you preserved it for us but the people are gaining very little from it. Thievery everywhere.

Tanzanite is a rare mineral that is only found in Tanzania. However, India is considered the largest exporter of the mineral despite Tanzanian government's partial ban on export.

#DearNyerere, you wouldn't believe that your country is a beggar despite being the third largest exporter of gold in the world.

#DearNyerere, Tanzanians are saying that they would rather vote for a stone instead of the CCM

‘In your day, popularity was based on good deeds’

#DearNyerere, in your day, popularity was based on good deeds towards your country, but nowadays it is the number of followers on Instagram and Twitter.

#DearNyerere, the opposition parties are using your quotes [in election campaigns]. CCM is ashamed of quoting you in their campaigns because they have betrayed you.

#DearNyerere ungerudi uiongoze Tz hata for a year! just one year! .. We miss your integrity!

#DearNyerere, you should come back and lead Tanzania even for one year! Just one year!…We miss your integrity!

The Van Official tweeted about animal smuggling in the country:

#DearNyerere, you left us with elephants which are no more, giraffes are “boarding aeroplanes” [a humorous reference to the smuggling of giraffes out of the country].

Tanzania has banned wildlife exports after about 130 animals and birds, including giraffes, were smuggled out of the country. The wildlife was flown out in a cargo plane from Tanzania to Qatar.

Regarding the general election, Othman observed:

#DearNyerere, even if you were around, you were not going to be the reason for Tanzanians to love CCM

‘Tanzania will only get better’

Not all Twitter users are using the hashtag to complain about the state of affairs in the country. Michael Paul Baruti, for example, tweeted:

We still here, stronger than ever.. Transparency and accountability are starting to prevail… Tanzania will only get better… #DearNyerere

Read this interview of Nyerere, conducted by Ikaweba Bunting when he was still alive, to learn more about the vision Nyerere had for Tanzania.