Did Pelé Stop the Bloodiest Civil War in Nigeria's History for 48 Hours? 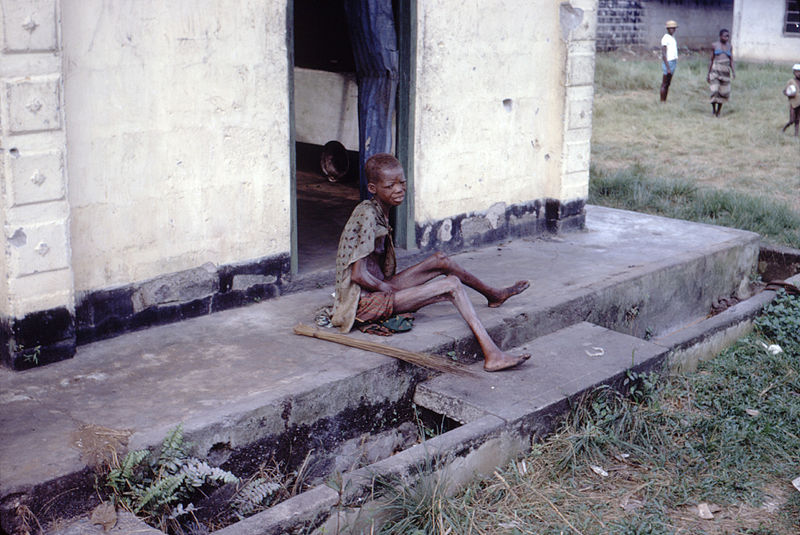 A malnourished refugee during the Nigerian Civil War. A Nigerian blockade brought on devastating famine in Biafra during the conflict. Public Domain photo by the Center for Disease Control and Prevention (CDC).

For many years, it has been widely reported by major news networks such that Pelé, the kind of soccer, stopped the Nigerian Civil War when the two sides put down their weapons to allow Nigerians to watch him and his Brazilian club Santos play.

The Nigerian civil war was fought between 6 July 1967-15 January 1970 over the secession of the state of Biafra from Nigeria. It was one of the bloodiest civil wars in Africa.

But media often credit Pelé with ushering in a ceasefire, albeit a temporary one. The US magazine TIME, for example, reported in 2005:

Although diplomats and emissaries had tried in vain for two years to stop the fighting in what was then Africa's bloodiest civil war, the 1969 arrival in Nigeria of Brazilian soccer legend Pele brought a three-day ceasefire. Both the government and the breakaway Republic of Biafra accepted a truce to allow his team, Santos, to play two exhibition matches against local teams. For 72 hours, football was more important than war.

But did Pelé really stop the Biafran war in Nigeria? That is the question Olaojo Aiyegbayo (@olaojo15), a writer based in Huddersfield, UK, went to the archives to find the truth. 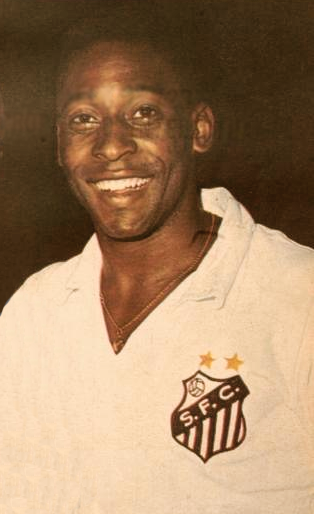 Pele in a Santos FC jersey in 1970. Public Domain photo by El Gráfico.

In a blog post on Africa is a Country, Olaojo Aiyegbayo explains that the main purpose of the African tour was to make money for the club through appearance fees. The tour took the team to Congo, Nigeria, Mozambique, Ghana and Algeria.

So did the war stop? The story, according to Aiyegbayo's research, was a myth. Despite appearing in major international news networks, it was never reported in local newspapers that covered Santos’ tour. Pelé himself did not mention the ceasefire in his 1977 autobiography “My Life and the Beautiful Game”. However, he mentioned it in his 2007 autobiography “Pelé: The Autobiography”.

Aiyegbayo quotes Pelé from his 2007 autobiography:

“But the Nigerians certainly made sure the Biafrans wouldn’t invade Lagos while we were there.” He recalled “a huge military presence on the streets” and protection by the army and police during their stay in Nigeria.
He also said in his book that the Santos’ business manager assured the players that the Nigerian civil war would be stopped for their exhibition match and it wouldn’t be a problem for the authorities.

However, Aiyegbayo notes that Pelé didn’t raise his doubts about the ceasefire story during his 2011 interview with CNN. Read Aiyegbayo's full myth-busting account on the Africa is a Country blog.