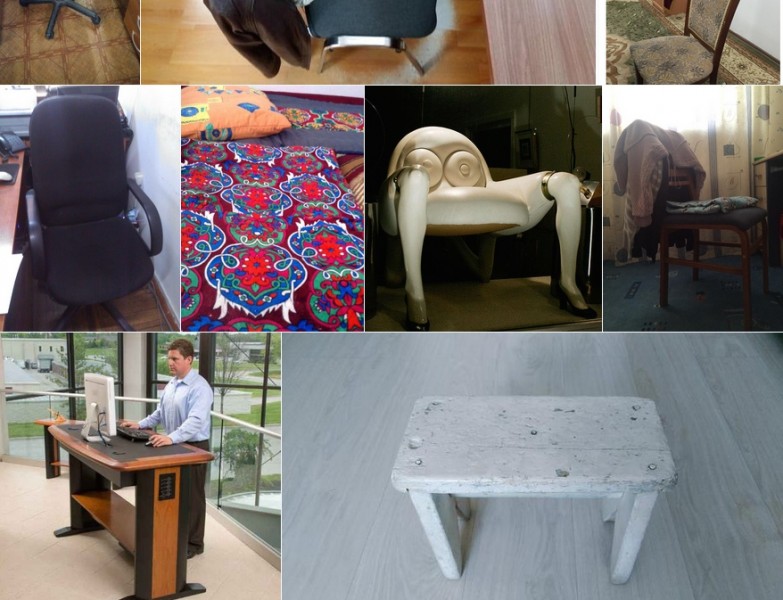 Kyrgyzstan, one of the few corners of ex-Soviet Central Asia where civil society can still effect change, did itself proud this week.

Following a social media-driven campaign to prevent the government spending around $40,000 on new seats for the incoming sixth convocation of the Kyrgyz parliament, the parliament's administration has squashed the tender [1] for the seats and decided the old ones are fine after all.

Some context is needed here.

Firstly, many Kyrgyzstanis had a difficult time believing that the smart-looking chairs bought for parliamentarians in 2010 were actually worn out, as one parliament official had argued.

Kyrgyz MPs are notorious for not showing up to work, with half the parliament frequently absent from sessions. This means  some of the chairs will have hardly seen any action at all in the past five years.

Secondly, a number of people suspected potential corruption surrounding the tender for the chairs in a country where graft is commonplace.

Thirdly, $40,000 is not a trifling sum in a country where the average wage hovers somewhere around $200 per month.

What emerged in response to news of the tender was the #120кресел [2] hashtag, with which Kyrgyz citizens posted pictures of all kinds of chair photos and ironic comments.

Many of the images featuring the hashtag were a non-too-subtle nod in the direction of the chasm separating privileged lawmakers from the common folk. 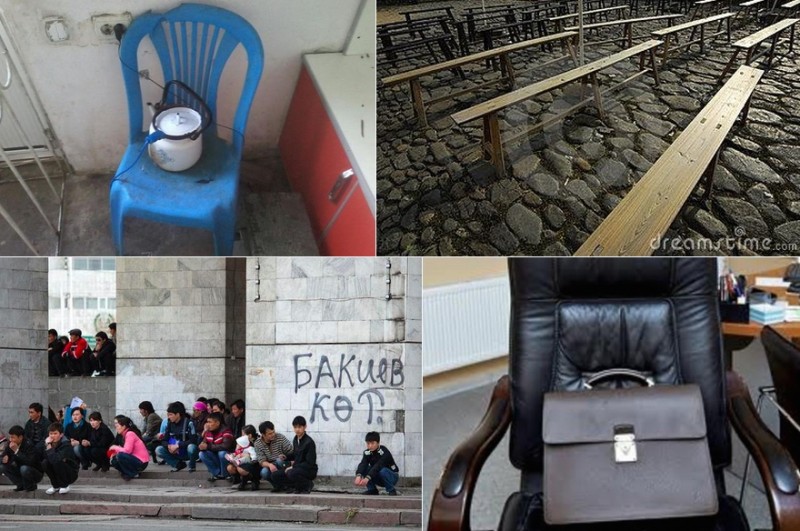 Later there followed an even more poignant response to the tender announcement: a petition [3] that grew up on Avaaz.org demanding government use the funds to update equipment in cancer treatment centres instead of spending them on chairs.

The authors of the petition, which had around 250 signatories at the time of writing, wrote:

The ease with which funds are allocated from the state budget to the tune of 2.6 million soms [around $37,000] to upgrade chairs, suggests that cancer patients in our country still have hope of receiving adequate treatment. You just have to dispose the people's money wisely.

The noisy campaign did not go unnoticed by international media, winding up [4] on the BBC's News from Elsewhere blog.

Bektour Iskender, co-founder of the local youth media portal Kloop.kg claimed [5] the parliament's decision to drop the tender for the seats as a victory for the public over officialdom:

One of the best pieces of news this week and a small victory for civil society over the foolishness of some parliamentary ideas. I hope that it is far from the last victory of this type.

Two years ago Global Voices covered a similar kind of campaign [6] in Kazakhstan that came as a response to a minister's gaffe at a time when the Kazakh parliament was debating a bill on raising the female pension age. The campaign did achieve amendments to the bill, but the government remains committed to raising the pension age over time.

This week, Global Voices looked at an online attempt [7] to save historical buildings in the Tajik capital Dushanbe, which looks doomed to fail in a country where civic-minded initiatives face an ever more constricted political space within which to work.

Sadly, in the region's two most relentlessly authoritarian states, Turkmenistan and Uzbekistan, such campaigns would struggle to even get off the ground.