A Landslide in Guatemala Killed More Than 200 People This Month. Here’s How You Can Help the Victims. 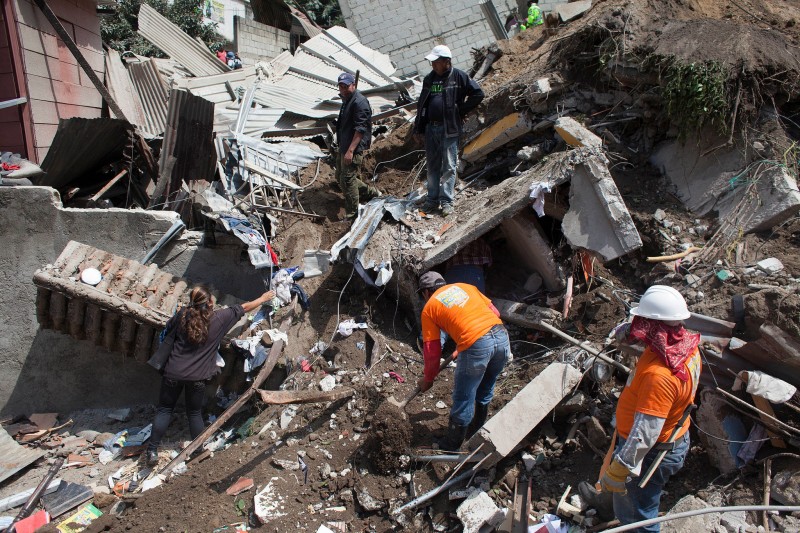 Thanks to years of deforestation and recent heavy rains, a landslide hit El Cambray Dos (a town nine miles outside Guatemala City) on October 1. A week later, the death toll was more than 200, with another 300 people reported missing and 230 displaced. The mudslide also left dozens wounded and caused extensive property damage.

According to the BBC, local residents were warned in advance that the area's terrain was at risk of landslides. Intense rains this season and last, however, already affected areas home to roughly half a million people. The particularly bad weather changed the timetable for the anticipated landslide, which ultimately came much earlier than expected.

The Guatemalan Red Cross has put in place various measures to help the victims.

Thank you for your support!
We would like to thank all of the kind-hearted Guatemalans who put their faith in us to deliver all of the aid received at our collection centre. Although we are not yet receiving provisions, our brothers at El Cambray Dos still need our help supporting them financially:
Accounts you can donate to:
Acc No: 171578032 Banco Reformador
Acc No: 3033699352 Banrural Bank
On behalf of the Guatemalan Red Cross’ Emergency Relief Fund
Donations can also be made through our website: www.cruzroja.gt
You can request a donation receipt for your payment.