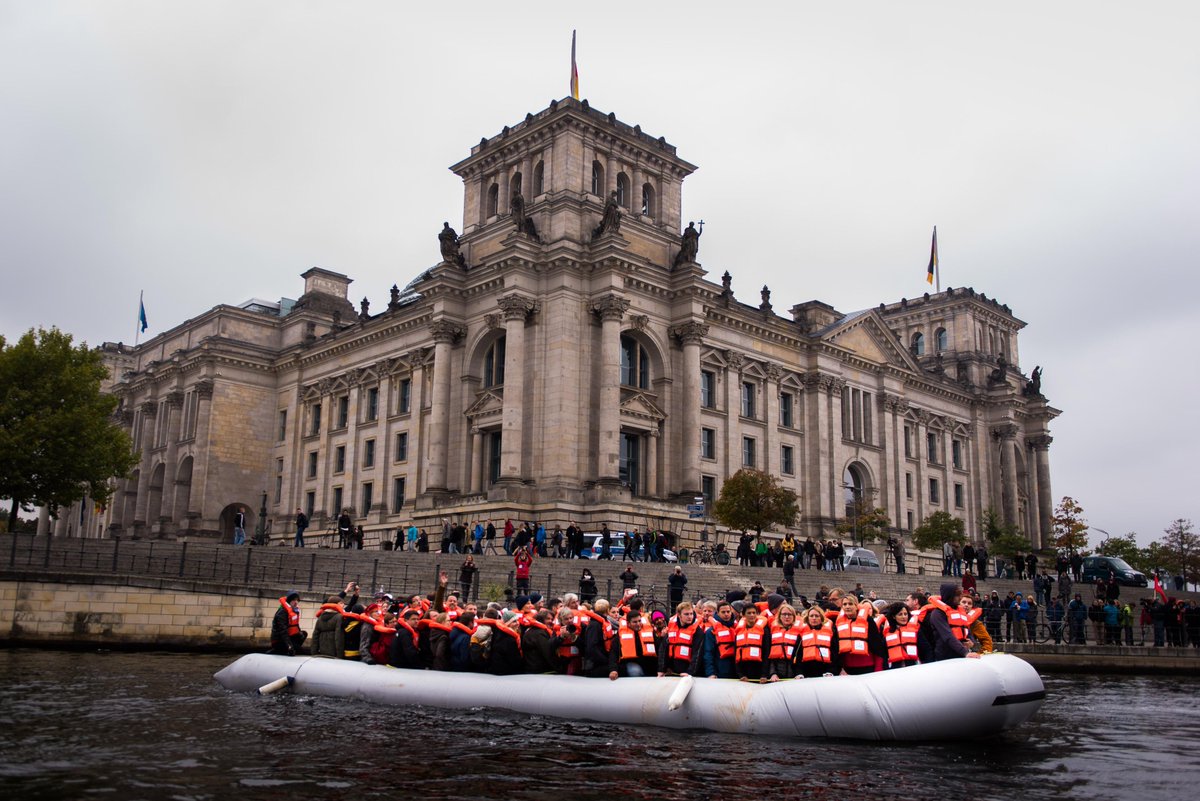 Parliamentarians of the German Bundestag experienced on October 13 how it feels to be on a precarious rubber raft together with another hundred people.

The private initiative Sea Watch was behind the haunting campaign, which seeks to draw attention to the situation of refugees who cross the Mediterranean to reach Europe.

Lawmakers who were willing to participate gathered on the riverbank of the Spree in Berlin to climb into the dinghy. Lisa Paus, a parliamentarian from Germany's Green Party, tweeted about the event. She referenced a Doctors Without Borders member speaking about his experience on board with Sea Watch:

Sea Watch explained on their website that the campaign was timed with the launch of the second phase of the European Union's “Operation Sophia” against human traffickers, which will allow armed forces to board and seize ships suspected of smuggling people across the Mediterranean. The Bundestag approved the deployment of up to 950 soldiers for the task earlier in October.

Sea Watch's central aim is to save lives in the Mediterranean; so far, the organization has rescued 2,000 people from distress at sea. Meanwhile, the European Union's main concern since the end of “Operation Mare Nostrum” in late 2014 is to secure the borders and take action against human traffickers.

Not all politicians were on board with the organization's event. Paus quipped that Christian Social Union's (CSU) chairman Horst Seehofer, who has condemned the government's policy on refugees as being too lax, was no where to be found:

Educational campaign. Agitator @seehofer unfortunately did not dare to board himself

One parliamentarian of the Social Democratic Party (SPD) wrote:

Absolutely ghoulish and vulgar, #seawatch plays refugee boat on the safe Spree river with parliamentarians at the German Bundestag

On the same day, Sea Watch announced it would be expanding its efforts to Lesbos, Greece: