The momentum to build bridges between culture, society, technology, and scientific research in Portugal will transform into a flurry of productive activity in futureplaces, the event that turns the city of Porto into a “medialab for citizenship” every fall.

Now on its 8th edition, the challenge remains to “address the dynamics between new media and the socio-cultural fabric“ through a “multitude of workshops, projects, talks, creative events and think-tanks”, points out the website futureplaces.org. 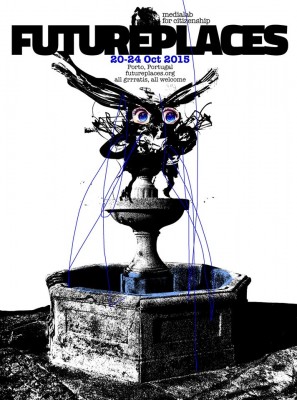 This year’s program, running from October 20 to 24, includes the universities’ joint doctoral symposium on digital media, and talks by the co-founder and former director of MIT Center for Future Civic Media, Chris Csikszentmihályi, and Paul Stacey, from Creative Commons, who will close the event with an interactive keynote titled “Global Citizens in a Global Commons“.

A “scientific-pop” workshop by researcher and musician Anabela Duarte (former Mler Ife Dada), Vox Express, will instigate a concert where song lyrics are made of academic abstracts and excerpts of PhD thesis.

Jono Podomore, a British producer, composer, musician and professor of music who has been at heart of the underground since the 80’s, will play a recital on the Theremin, one of the first fully electronic instruments ever, patented in 1928 and controlled without any physical contact by the performer.

The event also features an installation by renowned Portuguese artist MAISMENOS, ±REC(LAIM) THE FUTURE±, a “Hack a Farm” lab in a food garden, video games, and the opening of a urban ethnography exhibition and online participatory archive, Porto Pelo Porto (Porto by Porto), that documents historic representations of the name of the city.

The 8th edition is also going to mark the launch of an extensive multimedia archive that documents the past eight years of activities, and the debut of futureplaces audiolab, “a curated channel for futureplaces audio editions, past, present and future.” 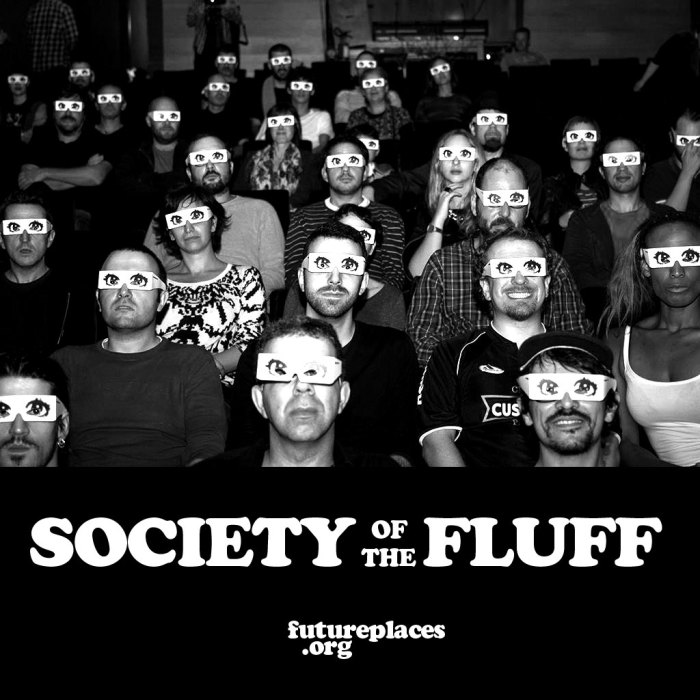 Curator and director of the PhD Program in Design, Heitor Alvelos, with critical views on the relationship between media and citizenship, wrote in an essay from last year’s edition (“Dissolution as Reinvention”) that “if all existence is to be mediated, then no tangible experience is possible.”

Futureplaces is an omen of post-digital emancipation. In an exclusive interview with Global Voices in 2013, the magnetic-taped mascot of the event, Antifluffy, warned that “people can get a much better deal out of what media is offering them,” and since its inception, one of the mottos of futureplaces has been for citizens to take media in their own hands.

Citizens and the media: a fertile engagement

New forms of cooperative approaches to the production of our material culture will be addressed in the opening keynote by Chris Csikszentmihályi, who has been recently appointed European Research Area Chairman of Human-Computer Interaction and Design Innovation at Madeira Interactive Technologies Institute (M-ITI). The technologist, humanist, designer, and artist started the Rootio project, a sociotechnical platform that mixes communities, telephony, networking, and radio to create new models of community information.

Together with experimental music, grassroots media is part of the soul of futureplaces. Community radio Manobras Futuras will be there and, once again this year, a series of interviews with researchers and PhD students will bring science closer to citizenship through Radio Science, a program where academic research projects are translated for the ordinary citizen.

Participants are also invited to contribute to what might sound like unusual “coverage” in present days: documenting futureplaces with no photography, no video, and no sound. Sketchbook diaries with illustration, drawing, collage, and written words become the new old media of the futureplaces experience. 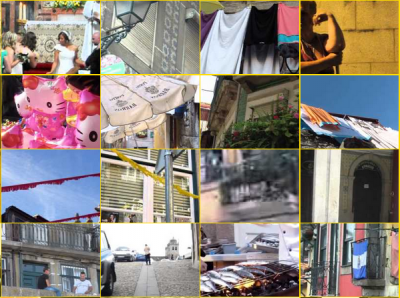 A video mosaic from a futureplaces citizen lab on narratives from Porto's historical center – “Museum of Ransom” was interviewed for Rising Voices in 2013.

There is also a wealth of Citizen Labs offered by artists and researchers, whose titles provide some clues on the multitude of media contexts being addressed, such as A Lexicon for the Future, Image Symphony, Networked Practices or Rescuing Oral Memory, dedicated to mini-documentary filmmaking in historic neighborhoods of Porto.

The results of all labs will be shared on the last day of the festival, in The Academy of Citizens, an afternoon of teaching on the social and cultural construction fueled by futureplaces. Far from being designed simply to entertain, futureplaces rehearses new forms of action in everyday life, aiming at providing first steps for longer routes whose fruits only the future can reveal.

These are just a few glimpses of the activities. The full program is available at futureplaces.org. All activities are free.