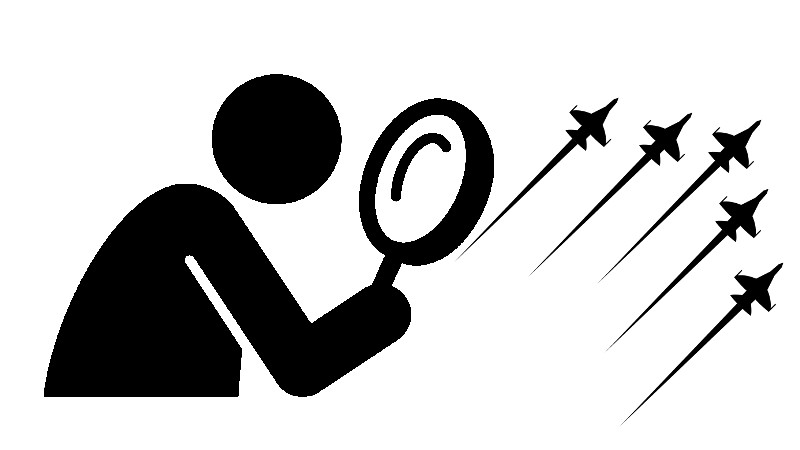 Why are Ukrainian citizen sleuths exposing Russian military participating in Syrian airstrikes? Images from Luis Prado and Pavel N. for the Noun Project.

Disclaimer: Aric Toler is a contributor for Bellingcat.

On October 8, the Ukrainian website Mirotvorets (“Peacemaker”) published a list of nine Russian servicemen who were supposedly responsible for the death of Syrian civilians in Russia’s ongoing air bombing campaign in Syria. The exposure of personal information about these individuals raises questions about the thin line between social media verification, open-source investigation practices and the responsibility for appointing blame in an already messy conflict.

Mirotvorets, a civic initiative run by “academics, investigative professionals and journalists,” states its mission as using open source information to conduct “investigations of signs of crimes against the national security of Ukraine, peace, human security and international order.” The website allegedly has close ties with the Ukrainian Security Services (SBU) and Ministry of Interior (MVD), although it lists no official connections to these institutions and only suggests that law enforcement is “welcome to use their findings.”

The website's database controversially lists extensive personal details of Russian and Ukrainian citizens who were found to be either separatist fighters or were seen as “agents of the Kremlin.” Myrotvorets does not only list local separatist fighters and Russian volunteers and servicemen fighting in eastern Ukraine, but also the administrative workers working in separatist government offices in Donetsk and Luhansk regions.

With Friday’s publication of the names of Russian servicemen fighting in Syria, it seems the scope of the site has expanded outside of finding “enemies of the state” solely in Ukraine.

Among the individuals named by Mirotvorets are the pilots and commanders connected to the airstrikes in Syria, including a SU-25 pilot accused of “mass murder of civilians in Syria during air strikes.” The website published various photographs of the soldiers taken from their social media accounts, links to their profiles on popular Russian social media site VKontakte, their home addresses, and information regarding their military service record. In one case, Mirotvorets investigators even published the social media account of a Russian soldier’s wife.

Earlier, Russia launched a criminal case against Anton Gerashchenko, a Ukrainian official and adviser to Ukraine's interior minister, who shared a message from one of his Facebook “friends” with a call to publish photos of Russian servicemen fighting in Syria, so that their opponents could “exercise their revenge.” Gerashchenko also invited his Facebook readers to submit relevant information to the Mirotvorets website. The official's Facebook profile was then allegedly blocked, but is now back online.

Mirotvorets sleuths did not cite their sources or any grounds for naming these nine servicemen as participants in the Russian airstrikes in Syria. While Mirotvorets often does include such unsubstantiated information in its profiles of fighters in Ukraine, most other sites carrying out similar open source investigation, such as InformNapalm, Gruz200, and Bellingcat, make a point to never publish claims without available open source evidence to support them. Mirotvorets likely came to their conclusions by researching military unit 69806 of the Russian airforce, as each of the nine (except a higher-ranking commander who also happens to be the Russian Defense Ministry's official spokesperson) named servicemen serve in this unit. However, as previously noted, no open source evidence is cited in the website's accusations of the “mass murder of Syrian civilians” against the nine Russians named.

Investigating Russian military presence in Syria may seem outside of the initiative's previous scope of activities (so far, it has mostly dealt with Russian interventions in Ukraine), yet it does list “international law and order” as one of its mission objectives. The ethics of publishing the personal information of enlisted soldiers in an announced military operation in another country is more murky.

Exposing data about Russian servicemen fighting in Ukraine was justified by Mirotvorets as a tool of bringing to light the so-called hybrid warfare, given the Kremlin's denials about their troops on Ukrainian soil. However, putting aside the horror of civilian casualties for a moment, it is much more difficult to clearly justify publishing personal information of Russian pilots involved in airstrikes sanctioned by the Syrian government.

As the international relations and tensions between Ukraine, Russia, the U.S. and other countries involved in the various conflicts become more complicated, open source investigative teams like Mirotvorets will likely want to be more circumspect about the allegations they expose and the proof they find to support them. Otherwise, their readers might find it hard to trust their stated goal of transparency in the fog of war.