At Least 86 Killed in Explosions at Ankara Peace Rally 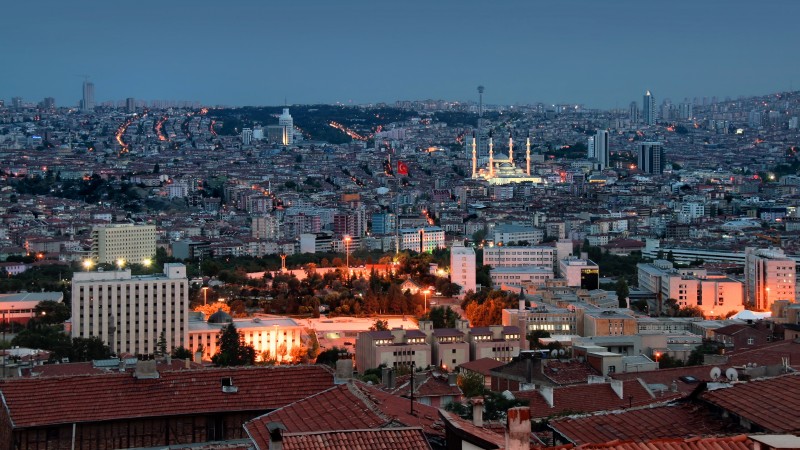 Twin bombings hit a peace rally organised by leftist groups in Ankara on the morning of October 10 in what has proven the deadliest bomb attack in Turkish history. The interior ministry initially announced a death toll of 30 people. The health ministry updated the figure to 86 during the day, while The Turkish Medical Association which participated in the rally puts the total killed at 97 with scores injured.

The attacks come ahead of a snap November 1 election called after a tense and historic vote in June failed to deliver the dominant Justice and Development Party (AKP) its customary majority in the parliament.

Since that time the government has carried out military strikes on the brutal ISIS terror group in the Middle East and recommenced its war with the Kurdistan Workers’ Party (PKK), a militant group that favours Kurdish independence from Turkey but which had reached a truce with the government in 2013.

The build-up to the vote has been characterised by an atmosphere of fear, violence and intimidation, especially in Eastern Turkey where state security forces have reportedly been harassing the local population, ostensibly in an effort to root out the PKK.

Selahattin Demirtaş, leader of the left-leaning pro-Kurdish People's Democratic Party (HDP) whose success in the June election shattered AKP's hold over the parliament, was quick to lay the blame for the blast at the door of the state security services.

Our Co-Chair #Demirtaş: This attack is not targeting our state and national unity, it is perpetrated by the state against the people.

The General Secretary of the union DISK who organised the rally also blamed the police, who attacked those trying to help the injured with teargas according to several reports.

‘DISK General Secretary Arzu Çerkezoğlu said the attack in Ankara was “directly done by the police” He already made the judgement!’

The circumstances of the bombing were reminiscent of the Suruç bombing in July that left 32 people dead. The Suruç attack in eastern Turkey was claimed by ISIS and like the Ankara attack targeted Kurdish and leftist groups. The groups were gathering to help reconstruct the battered Kurdish-majority town of Kobane in Syria.

Security officials reported that the October 10 bombing was also carried out by a suicide bomber, who has yet to be identified.

The attacks have exposed again the polarised nature of Turkish society, with supporters of AKP accusing the HDP of bombing its own supporters to gain sympathy before the November 1 general election with the hashtag #HDPsVoteBomb.

If a bomb explodes somewhere, either you or your kids put it there. You bombed your Diyarbakir rally and the young people in Suruç like this as well.

On October 9, Turkish mafia boss Sedat Peker held a rally in support of the AKP government where he warned that “rivers of blood” would flow before the election.

“There'll be streams of blood as if the world's throat is slit.They'll understand when rivers of their blood flow.” http://t.co/i4ncVqcpWI

Shortly after the bombings, the PKK declared a unilateral ceasefire, a move dismissed as an election ‘tactic’ by the AKP. HDP leader Selahattin Demirtaş also called for the cancellation of all HDP rallies before the election.

The latter move puts further in doubt the likelihood that the election — which may yet be postponed — can be held in a fair and open climate. Many view the very notion of a vote in the current political environment as completely untenable.

As speculation and arguments about the bombing increased on social media, the government appeared to block access to Twitter.

There we go – Turkey turned Twitter off and I'm back on VPN.

Grateful for the VPN on my phone. It seems that #Turkey has blocked Twitter in the aftermath of today's devastating bombings in #Ankara

The block was accompanied by a broadcast ban on coverage of the Ankara attack, limiting the likelihood of impartial information about the bombing. (Turkey's independent media has come under intense pressure from the government and nationalist thugs in recent times).

On Saturday afternoon, Deputy Prime Minister Akdogan addressed a statement to RTUK (Radio Television High Commission) to impose a temporary broadcast ban about the bombings for reasons of ‘national security and public order’

Many on the ground in Turkey believe that the government bears some responsibility for tacitly approving attacks on the HDP. Outside the hospital in Ankara where the wounded were taken, a crowd gathered to chant ‘Murderer Erdogan’.

“Murderer Erdogan” people are shouting in front of hospital in #ankara after bombings killed dozens of people. https://t.co/bcjiTJbYq6

On scale of today's terrorist attack in #Turkey from a historical perspective. Source: http://t.co/CcNptbjKUi pic.twitter.com/BdW1Xyto2Q