Meet the Young Mexican Who's Taking On Transphobia, One Video at a Time 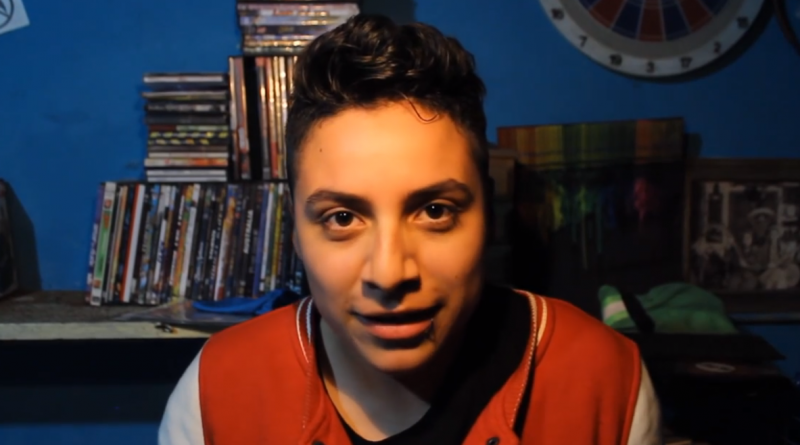 Screenshot of a video by Christopher Juárez Reyes, the young Mexican who is documenting the process of his gender reassignment on YouTube.

Hello, I'm Christopher… And I'm transgender. I'm making this video so I can share my life with you, and my transition and the changes to my body that are going to happen very soon…”

It's with these words that Christopher Juárez Reyes, a young man from Xalapa, Veracruz, begins his first video on YouTube, which launched a series documenting the process of his sex reassignment. In his videos, Reyes also responds to doubts about his transition and shares information about the rights of lesbian, gay, bisexual, and transgender communities.

Christopher was born female, biologically speaking, but his gender identity is masculine. Diagnosed with gender dysphoria, he decided to undergo medical and surgical interventions to align his sex and gender. This process began in February 2014, and he's uploaded 85 videos to his YouTube channel since then, attracting nearly 9,000 subscribers and more than 626,000 views.

Christopher's videos cover everything from the injection of hormones to recovering from a mastectomy. He's shared advice about health and medical visits, discussed the paperwork necessary for a sex change, described telling his parents about his transsexuality, and explained how one changes their identity officially, as well as offered many other tips and insights into this process.

While Christopher's channel, he says, is exclusively dedicated to the issue of transsexuality, he also recommends mixing things up. In his video “Don't Lose Yourself in Transsexuality!” he invites viewers to remember that sexual orientation and gender identity are just two things that make people who they are, stressing that neither defines a person:

Yes, I'm Christopher, the guy who makes videos on YouTube about transsexuality, but I'm not just the transgender guy… I'm so much more, and I know that you're so much more too.”

Christopher's warmth, honesty, and kindness have won him a huge number of followers who regularly encourage him, thank him, and recognize his bravery.

Christopher says he's not in it for fame, however, though he has expressed regret that popular culture doesn't succeed in representing the transgender community:

…Don't forget us, don't put us to one side, we exist, we have rights and we have problems (hahaha)…

If you, the viewer, are a writer, or an artist or something in which you can express yourself, I invite you to write, to do something, to speak up, because we have to surround people with this. They often don't use the right terms to refer to us, and it's within us. So please let's do something. I feel like I'm doing something with these videos, and I hope that I'm doing something so that people more or less understand what this is, and I expect the same from you.

I've already seen lots of people uploading more videos about their changes and it makes me feel great; that's what I wanted. That's what I'm trying to do with these videos: to let people know, because when I found myself in this situation I either didn't find anything or I found little bits in English, and how much better would it be if they were in Spanish.”

We're all equal, we're all human beings and I hope that I can help in some way.”

Christopher's videos have become much more than a personal project, and this young man now finds himself at the center of a phenomenon bigger than any one person.