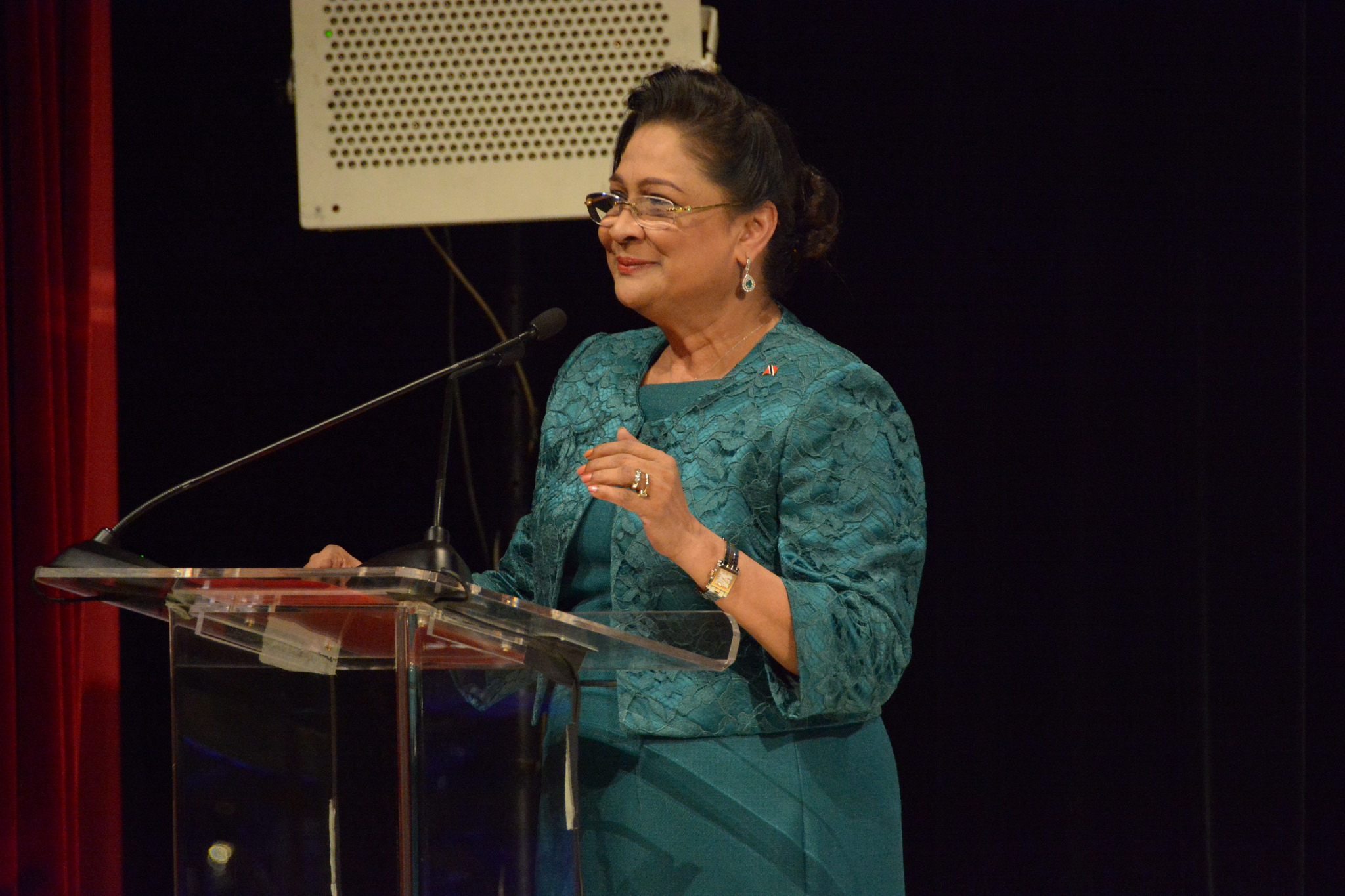 October 5 was perhaps the most critical day for citizens of Trinidad and Tobago since the country's general elections on September 7. Nearly a month after the twin island republic's new government was elected, the current finance minister revealed that the People's National Movement, led by Prime Minister Dr. Keith Rowley, has inherited a TT$8.5 billion (just over US$1.3 billion) deficit.

That's a dramatic change from the TT$6.5 billion (about US$1 billion) surplus that the country had at the start of former Prime Minister Kamla Persad-Bissessar's tenure. The previous administration's spending increased by 33% over its five-year term in office, reportedly “maxing out” its overdraft facility with the Central Bank of Trinidad and Tobago to 98% of the legal limit.

During his presentation of the country's 2015/16 budget, Finance Minister Colm Imbert attributed the sad state of the country's financial affairs to the alleged corruption and “squandermania” of the outgoing government, saying that Trinidad and Tobago's economy was “running on fumes”. The minister explained:

Notwithstanding billions of dollars in borrowings, tax amnesties, extraordinary dividends, sale of assets and high oil and gas prices, our cash balances at the Treasury moved from a positive $6.5 billion on May 24, 2010 — we were in credit then — to a negative of $8.5 billion in the middle of September 2015: a reversal of $15 billion, Madame Speaker. What this means [is] we are unable to use the resources of our surplus funds, including the Green Fund or the Unemployment Fund, since they are pledged against the overdraft and are unavailable for draw-down.

For a nation that still relies heavily on oil and natural gas revenues, the low global price per barrel of oil is not encouraging given the financial deficit.

You can read the budget presentation, in its entirety, here, or watch it on YouTube:

In his parliamentary address, Minister Imbert rhetorically wondered if citizens have reaped the benefits of the money spent, such as a decrease in crime, better healthcare and improved public services:

The results of the General Election show that the answer to these questions is a resounding NO.

The TT$63 billion budget he outlined for the coming year included some key points of interest. In a country that is struggling to control rising levels of violent crime, the Ministry of National Security got the largest financial allocation. In an effort to reduce the country's fuel subsidy, there was an immediate increase in the price of super and diesel gasoline.

Value-added tax will be lowered and the property tax reintroduced come January 1 2016, while personal exemption from income tax will have a larger earning margin — from TT$60,000 (about US$10,000) to TT$72,000 (just over US$11,000) per year. There was also a renewed commitment towards agriculture.

Reactions were mixed. In a public Facebook post, controversial activist Inshan Ishmael was concerned that the increase in gasoline prices would be passed on to consumers in other areas:

A 15 % increase in Diesel in now [sic] way should affect the price of food.. let me explain, if the transport that pulls containers charge $200 more, then the 8,000 can of peas and carrots in the container needs to be divided equally between this increase which is not even a cent, also the local transport to the supermarkets is negligible so there should be NO increase in food price as with any other item if an average is used. But this is Trinidad and the suppliers who doh care about nobody and the supermarket owners who already making 20 – 40% in profit ready to recalculate to dig out our eyes even more…

The predictions were already coming true; just one day after the budget presentation, it was announced that taxi fares will be going up.

‘We are too affluent a country to be here’

Facebook user Nigel Thompson, however, was concerned that the focus was on the wrong issue:

Seeing a number of people saying stuff about the budget …. Higher gas prices are and will be tough to swallow, true …
What I'm not seeing you saying is how we got here ….. The country is almost 8bl in deficit and we were at the end of our overdraught facility.
Yet I'm seeing ‘a gov't with no vision’, ‘dey mad’ etc. seems long after elections people won't think for themselves ….
We are here because of the misgivings and poor management of the previous administration, no other reason.
[…]
Until Trinis willing to accept the truth and are willing to do what's right regardless of affiliation we will continue to end up in situations like this. We are too affluent a country to be here.

If the country is hit by a disaster tomorrow what overdraft facilities does the state have access to to fund a relief effort?
98% of our overdraft facility gone.
Keep bickering about a reduced fuel subsidy.

Wired868 criticised the budget's stance on culture and sport and also took on the issue of corruption, noting that the new government could have tackled the issue more adeptly:

How come nothing in that 41-page budget speaks to recovering money stolen from the treasury or ensuring that big business pays its fair share of taxes?

The former prime minister criticised the budget, calling it “inflationary” and saying that there were promises of “mega-projects” with no rationale as to how these would be funded. She also predicted International Monetary Fund involvement by March next year, but avoided admitting any responsibility for the country's current financial situation; instead, she asked the finance minister to clarify how he arrived at some of his figures.

Minister Imbert defended his budget, saying that it was based on “inescapable facts”.

In the Facebook group “Full Support for Dr. Keith Rowley”, Leo Remy Fernandez couldn't believe the gall of the opposition:

The PP presented deficit budgets for five years; refused to implement revenue earning policies/strategies to balance the budget; left the country to run on ‘fumes'; did not take the population into its confidence and speak the truth about the real state of the economy and now want to talk about deception.

But many supporters of the previous administration were not pleased with the budget. Anne Rae, on the Facebook page True Trini Discussing Real Issues, said while defending the spending:

They claim no money in treasury but want to build rapid rail which will benefit a few……it will not bring anything new to our economy except increased imports.

Naturally, satirical websites got in on the budget commentary, and memes soon began to abound, especially after former prime minister's declaration that she was proud of how her government handled the economy: 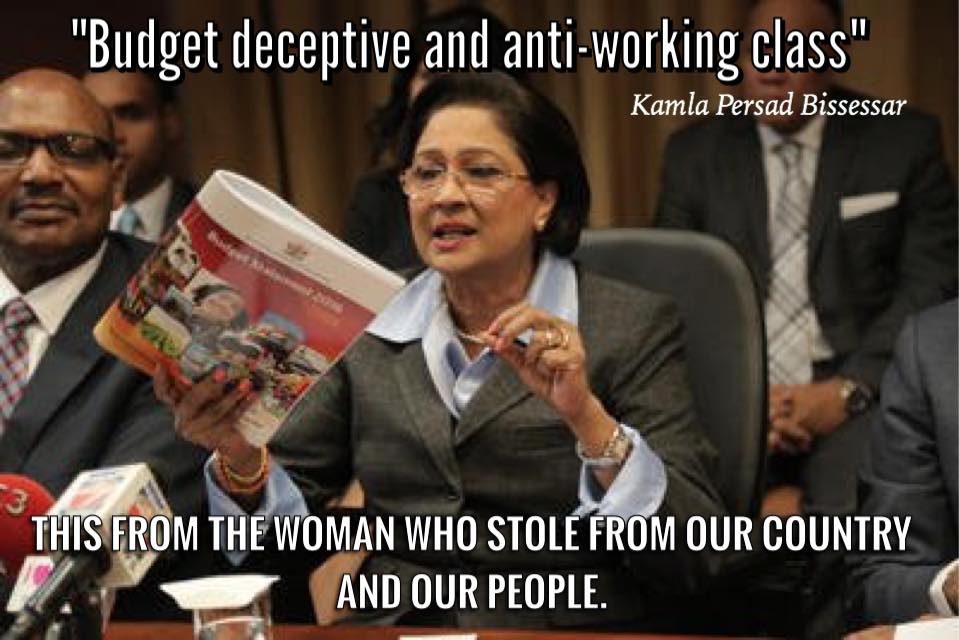 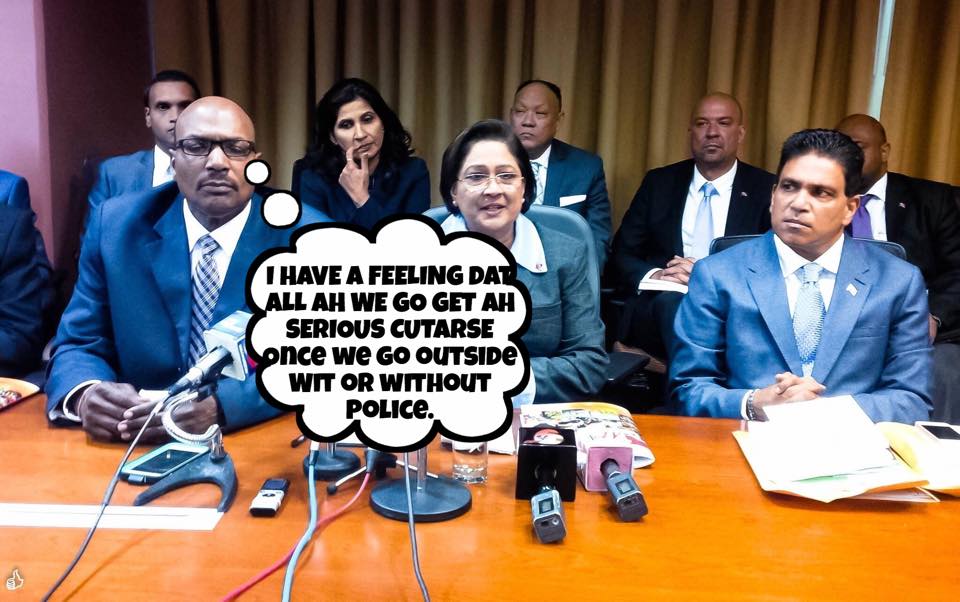 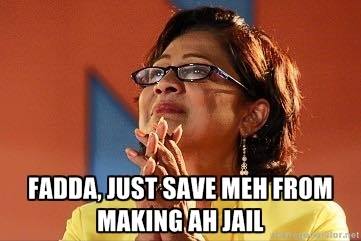 In a public post, Facebook user Kyon Esdelle put a humourous spin on things by posting an image of the famous Geico gecko, along with the caption:

I just saved 70Billion by switching to PNM

The irony, though, is that Trinidad and Tobago's new economic reality is no laughing matter.