One of the Russian Internet's Founding Fathers Wants to ‘Erase Syria From the Map,’ and Here's Why the US Is Being Blamed 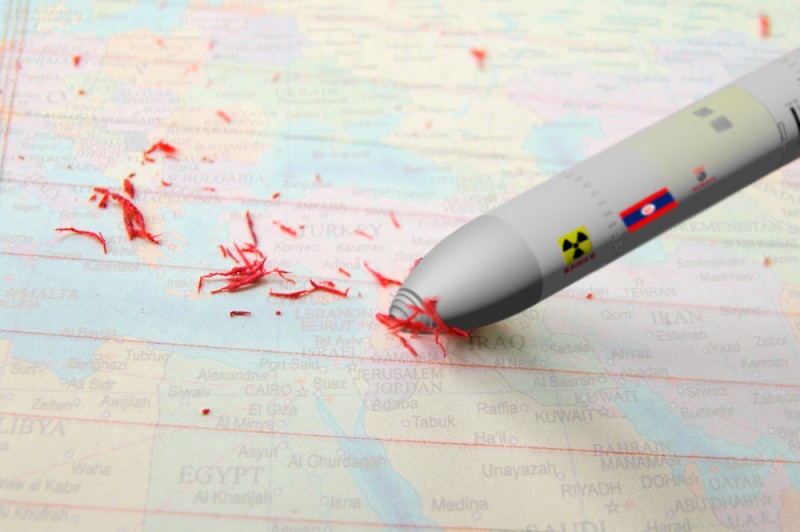 Moscow’s intervention in Syria is having some funny consequences back home in Russia. One of the strangest episodes in this story is Anton Nossik’s fervent support for the new airstrikes. One of the leading experts on the Russian Internet, a founder of the popular news website Lenta.ru, and widely regarded as one of the key architects of the Russian blogosphere, Nossik shocked many last week when he published on his blog an enthusiastic endorsement of the Kremlin’s new bombing campaign in Syria. Nossik went a bit further than endorsing Russian airstrikes, too, backing anything that helps “erase Syria from the face of the Earth.”

Nossik is a prominent member of Moscow’s democratic opposition, regularly speaking out against political repression in Russia (notably the Kremlin’s crackdown on Internet freedom). He is also Jewish and has spent a significant amount of time in Israel, where he worked as a journalist from 1990 until 1997.

In his October 1 LiveJournal post, where he promotes the destruction of Syria, Nossik says he, “like any Israeli,” appreciates the need to use armed force against Syria. “Whoever is bombing Syria today, I’m all for it,” Nossik wrote, adding, “and if it’s wiped off the world map, I won’t shed a tear—I’ll just say thank you.” He went on to explain that Syria, over the past 70 years, has contributed nothing to the Middle East “except aggression, wars, cannibalism, chaos, and sorrow.” Nossik concludes with a facetious message to Vladimir Putin, whom he invites into the Jewish faith, in order to escape concerns in the afterlife (which Nossik, as a Jew, doesn’t believe in) about any Syrian children Russia’s bombs might be killing.

Nossik got himself into more trouble when he appeared on Echo of Moscow to discuss his blog post. In an interview, he said he welcomes the deaths of “women, children, and the elderly” in Syria. When asked, “But these are people?” Nossik answered, “No, they are Syrians.”

Though his comments ostensibly support the Kremlin’s airstrikes, several public figures have pounced on Nossik for hate speech. His position has been wildly unpopular with most Russians, both among supporters and critics of Russia's intervention in Syria. Some even see it as grounds for police action. Georgy Fedorov, a member of the Civic Chamber (which advises the Russian president), has formally appealed to the Attorney General, asking prosecutors to investigate Nossik’s blog post for inciting xenophobia and religious hatred.

Additionally, Ilya Remeslo, a self-described lawyer who frequently taunts members of the opposition online, has launched a petition on Change.org addressed to the Moscow Investigative Committee and District Attorney. Remeslo is asking police to investigate Nossik for inciting hatred and appealing to unleash an aggressive war, both of which are outlawed by Russia’s Criminal Code. The petition currently has a little more than 2,000 signatures.

The news website Russkaya Planeta, which lost much of its staff last December under mysterious editorial circumstances, obtained a copy of Fedorov’s letter to prosecutors and was the first to report it. Russkaya Planeta’s story implies rather ludicrously that Nossik might be acting on instructions from US Ambassador to Russia John Tefft. As evidence, the website notes that Nossik and Tefft “met secretly just the day before” at a gathering of Russian bloggers at the American embassy in Moscow. As evidence, Russkaya Planeta points to one of Nossik’s posts on Instagram, where he said Tefft had spoken the words “mazel tov.”

The actual Instagram post, however, turns out to be from late May at Yuri Kanner’s 60th birthday party. Kanner is the president of the Russian Jewish Center. Both Tefft and Nossik attended the party, though Nossik’s photograph suggests that Tefft said “mazel tov” to the entire crowd, not to anyone privately.

Russkaya Planeta suggests that the phrase “mazel tov” (spoken, the website explains, “in the context of today’s strained US-Russian relations and information war”) was a signal to anti-Kremlin bloggers to activate against the government. How this explains Nossik’s bloodthirsty support for Russian airstrikes in Syria is anybody’s guess, but just prompting such questions is probably as much as Russkaya Planeta ever hoped to do.