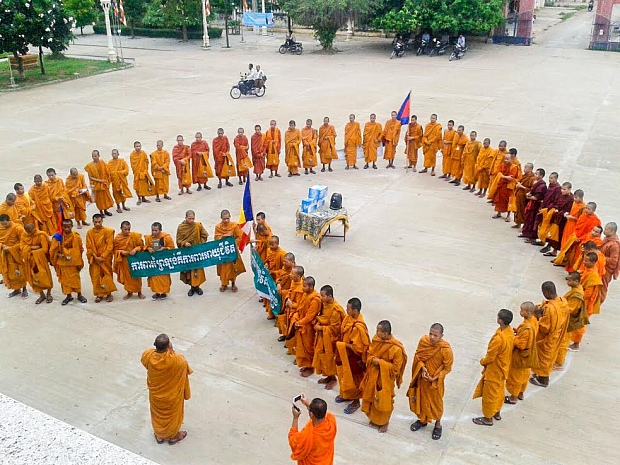 Cambodian monks gather in the town of Battambang to demand protection of Prey Lang forest.

Cambodian monks have been mobilizing in the streets since July 2015 to demand stronger government action against the rapid deforestation of Prey Lang, the largest lowland dry evergreen forest in Cambodia and Indochina Peninsula.

Prey Lang has 3,600 square kilometers of forests, including giant luxury timber trees, which is home to at least 20 endangered plant species and 27 endangered animal species. More than 700,000 people live within 10 kilometers of the forest. The majority of the settlers belong to Kuys, a small indigenous group which has protected the Prey Lang for centuries.

In recent years, the Cambodian government gave land concessions [2] to local and foreign companies in order to develop the country’s agriculture and mining potential. However, many of the land agreements covered protected areas like Prey Lang. The lack of transparency surrounding the land concessions also sparked various legal disputes and violent conflicts across the country. 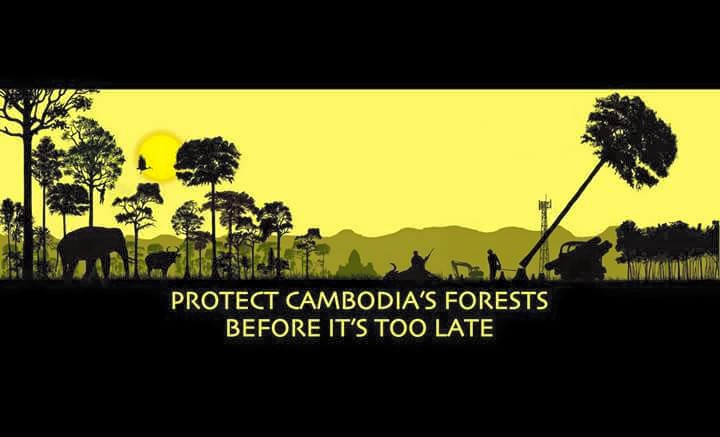 In 2011, Cambodian activists and indigenous tribes conducted an ‘Avatar’ [4] protest to denounce the destruction of Prey Lang. Dressed like the Na'vi tribe from the Hollywood film Avatar, the protesters urged the government to stop the operations of logging and rubber plantations in Prey Lang.

The campaign to preserve Prey Lang continues to this day since there has been no letup in logging activities in the area. During the same period, Cambodia’s deforestation [5] problem also worsened [6] when the government gave away more land concessions.

The group’s leader, Venerable Buntenh, explained [15] why the monks have decided to hold a protest:

Monks cannot remain silent on the issue given the alarming rate of deforestation.

Those Forestry Administration officers are the ‘dollar officers’, as they don’t care about the forest or Prey Lang and let bad merchants continue to destroy the forest day by day. 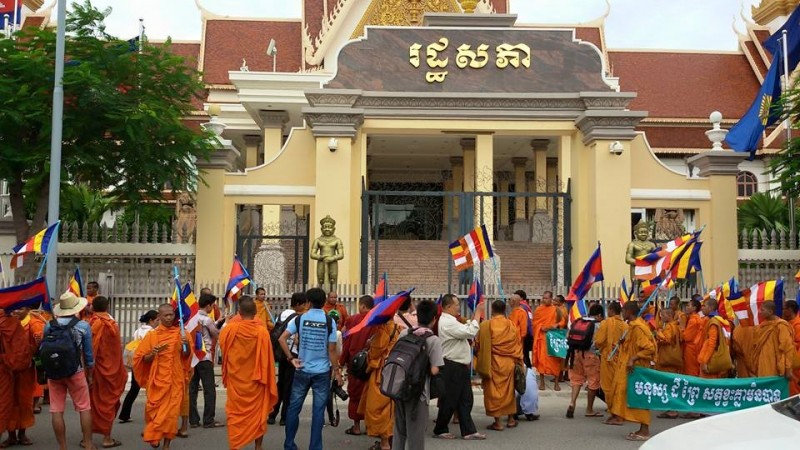 Cambodian monks delivered a protest letter to the government in Phnom Penh, the country's capital. Photo from the Facebook page of ‘Prey Lang – It's Our Forest Too’

During the last week of September, the monks gathered [1] again in the streets of Battambang to remind the public and government officials that agribusiness companies continue to destroy the country’s forests.