Where Will China's Anti-Graft Campaign Go? 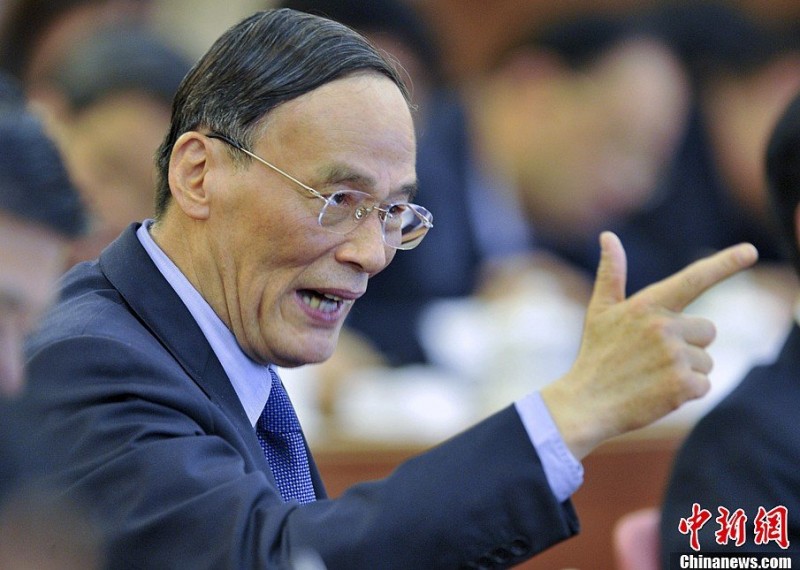 Where is China’s anti-graft campaign going? Questions remain about whether the central government will issue an amnesty for the majority of the officials who have committed minor offences.

The chief of the party’s Central Commission for Discipline Inspection Wang Qishan's recent speech addressing the “four approaches” in party governance during his inspection tour in Fujian Province between 24-26 September left many wondering whether the anti-graft campaign was cooling down.

According to China's state media outlet Xinhua News, Wang stressed that instead of adopting an antagonistic approach of defining a party member as either a “good comrade” or a “criminal,” the governing party apparatus should address the discipline of party members with four different approaches – criticism and self-criticism, minor disciplinary punishment, major disciplinary punishment and prosecution:

Dozens of senior officials in the Chinese government and the army have been investigated since Xi Jinping launched a massive anti-graft campaign after he came to power in late 2012. Among these “criminal” officials are notorious ex-security czar Zhou Yongkang, Director of the party’s General Office Ling Jihua, and two previous Deputy-Presidents of the army.

Many China observers have criticized Xi for utilizing the campaign to strengthen his authority and curb rampant corruption among officials at the same time. The battle, however, has also exposed enormous amounts of corruption and some shocking scandals inside the party, leading to a shake-up of the public confidence in the party leadership.

On the other hand, since many economists have argued that China's economic growth has been driven by crony capitalism where government officials’ policy implementation is motivated by personal gain during their work with the investors and the private sector, the anti-graft campaign has impelled many government servants to inaction for fear of possible investigations. The side effect, however, is that the campaign seems to be hindering the economic reform plan set forth to rescue the slowing economy.

Liu Shengjun, a famous economist, believed that Wang had sent a signal to adjust the anti-graft policies, and that it was likely that the party would offer amnesty to the majority of the officials who had committed minor disciplinary offenses:

[Wang's speech] is consistent with the “focus on investigating officials who don’t stop being corrupt after the 18th party congress,” the rhetoric of “a tiny minority” indicates the party would offer conditional amnesty to the majority of officials. This could be a significant adjustment of anti-corruption policy after the party’s 18th congress.

Zhang Ming, a well-known political scientist, called for the construction of an anti-graft system to fundamentally address the problem of corruption:

Anti-corruption can’t always depend on special measures. The government must build a system to eliminate any chance for officials to engage in corruption. Otherwise the situation could become worse.

Some netizens are skeptical of the new political rhetoric and worry that it could provide an excuse for selective anti-corruption crackdowns. Instead, they have called for the disclosure of officials’ assets for public monitoring. Below are some of the comments under economist Liu Shengjun's Weibo post about the anti-graft campaign:

It is an accomplice political-economic system, if all corrupt officials are arrested, the whole system will disintegrate.

There is no need for so much political rhetoric. The public will help you supervise officials after disclosing their assets. How many staff does the Central Commission for Discipline Inspector have? It’s inefficient for them [to do all the investigation].

All the officials around are still corrupt since the lengthly anti-graft campaign was launched. What’s the use of it?

First, corruption is a criminal act, regardless of whether a majority or a minority of the officials are involved. And anti-corruption efforts should not be divided into first and second phases. This indicates China is not a country upholding the rule of law. The rule of law is just a slogan, and party rule is still prominent. Now it is clear, the anti-graft [campaign] is only used to crack down on political opponents because all officials are corrupt……