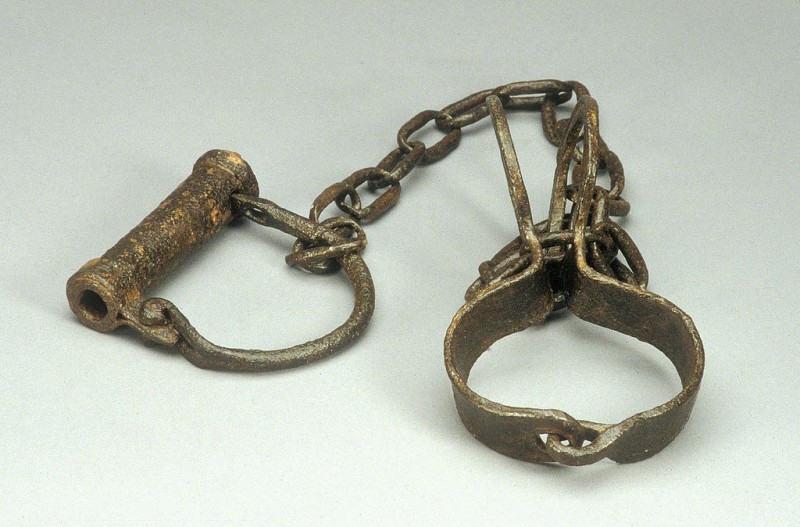 The outrage over British Prime Minister David Cameron's response to the slavery reparations issue [1] during his visit to Jamaica has not subsided. In fact, Jamaicans have only become more vocal online in their reactions to Cameron's admonishment to just “get over slavery.”

In a public post [2] that has been widely shared on Facebook, Jamaican author Marlon James, whose latest novel A Brief History of Seven Killings [3] had some of the world's toughest literary critics spouting superlatives, crafted one of the most well-reasoned responses:

People have been blowing up my phone non stop, asking for a response to David Cameron saying Jamaicans should get over slavery and move on. Not just that, but the whole idea of this dough-faced Tory coming to the colonies to tell the subjects what's what in our own damn house.
Listen David bae, I feel you. I'm with you on this forgetting slavery business, screw all the haters. I too am all ready to move past slavery and forget the whole thing.
I just have one condition: YOU FIRST.
You heard me. I promise to stop bitching about the legacy of Slavery and Colonialism (don't get it twisted, the latter was even worse) and move on if you also move on, by destroying every building, every landmark, every statue, every port, every bridge, every road, every house, every palace, every mansion, every gallery (Hello, Tate!), every museum, and every ship built with slavery and colonialism blood money.
That would mean that London, Bristol and Liverpool would all have to go.
Then we'd all be just about full free, David.

In a blog post [4], satirical news outlet The Ungrateful Soup, which calls itself “Jamaica's Most Reliable Informer,” had this to say:

Sensing a distinct lack of gratitude from the Jamaican people during his first official visit to the island, British Prime Minister David Cameron has formally agreed to strike a compromise with the local Government so we can stop nagging him about this whole reparations thing once and for all.

‘Wow, I can’t believe we’re still talking about this,’ began Cameron in his address to the Jamaican people. ‘But fine. Whatever. We promise we won’t enslave or colonize you people ever again. Happy now?’

The statement, which the United Kingdom has described as the closest we will ever get to an apology, ‘so you can just forget about that,’ is the latest sign of goodwill from the nation who also graciously gifted us the opportunity to relieve some of the burden on British taxpayers with a brand new prison complete with convicted criminals.

‘You try to be nice to people and this is how they respond, by begging,’ continued Cameron, referring to what he has taken to calling ‘the R word.’

Interestingly, other British politicians are also steering clear of “the R word.” Labour Leader Jeremy Corbyn, while acknowledging that the UK owed a huge debt to the Jamaican people [5], thought that the best way to repay it was not through reparations, but by investing in the country and treating it better when it comes to trade relations. (In the video below, the question about paying reparations to Jamaica comes at 4:05):

The British Prime Minister was later asked whether he really thought this new guarantee was enough for both countries to move on from their dark past. ‘Uhh…move on from what again?’ Cameron responded. ‘Oh right right. Slavery. See, it’s like it never happened. You’re welcome.’

One Twitter user raised the point that not only was the country's social order in shambles after colonialism and slavery, its systems and economic infrastructure were desperate as well:

None of the discussions on #reparations [6] mention that, rebuilding after colonisation left #Jamaica [7] over $7bn in debt to the West

A fellow netizen, however, argued that even if the UK was to pay reparations, Jamaica would be ill-equipped to manage the funds:

Jamaica couldn't efficiently handle such financial #reparations [6] from the UK. Let's not kid ourselves. #realistic [9]

Responders to the tweet felt [10] that even if that were the case, it should not stop the monies from being paid. One British blogger, writing at “the red pill” blog, examined the different legacies [11] that colonialism has bestowed upon both the masters and the slaves:

The legacy of slavery in the UK is seen today in the way our history books have largely avoided this evil part of our past, choosing to gloss over the realities of history, and instead focus on those we think ended slavery […]

The legacy of slavery in the UK is seen in the way British influence around the world far exceeds the size and resources of our island […] a global reach that was established, fuelled and maintained by slavery.

And every single day the legacy of slavery is seen and felt in the UK and internationally as racist attitudes and actions doggedly continue to blight our communities. […] I find myself asking if our nation's actions had been towards another European country whether we'd so quickly dismiss the notion of reparations, or indeed whether the global community would continue to turn a blind eye.

For generations wealth was extracted from Jamaica. […] And when slavery finally ended, it was the slave-owners who were financially compensated for their loss, with no payments made to enslaved persons for the years and lives taken in gruelling labour in the cruellest of conditions. […]

The blogger, Johnathan, pointed out [11] that the legacy of slavery in Jamaica was still “a very present reality” and wondered how the UK could make up for “centuries of wealth being extracted.”

And how can two nations walk in partnership, when one has so grievously abused the other, and the legacy of that abuse continues?

It's not a matter of ‘dredging up the past’, but rather dealing with the present. For the UK, the stain of our past lingers, and we have dealt unjustly with Jamaica. It is the responsibility of the generation that is aware of the injustice to fix it. For us in the UK, it;s a matter of righteousness. We cannot lecture the world about how to govern their affairs when we ourselves have left unfinished the matter of once and for all dealing with slavery.

David Cameron must listen with an open heart and mind to the call for reparations, and have the courage to do what is right.