Kidnapped, But Sameera Is Ever-Present in the Memories of Syrians 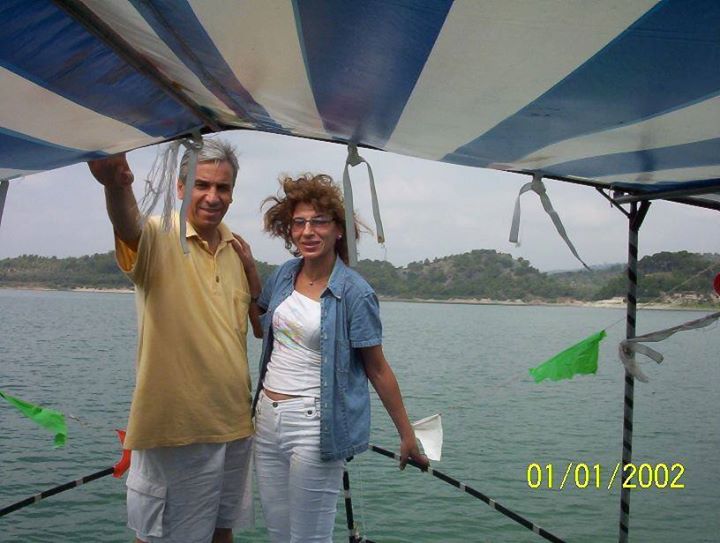 He is surrounded by friends, who seek his advice on matters relating to their personal exhaustion. And why not, when he has lived all of this? He has been through all the stages of our Syrian struggle, and is still waiting for the end, armed with a degree of hope that makes you ashamed of your weakness.

Our friendship—and I am not entirely sure I should call it a friendship, as he is more like a godfather to me and my peers—started when I would write to him at the start of the Syrian revolution, each time I was invited to a conference or public talk. I was unaware of the most basic principles of public work, and I would ask for his advice in the smallest of details. Most of the time I would accept his opinion and follow his advice. I would send him my articles, which were full of spelling errors like a student in primary school, and despite his own erudition, he would read all that I wrote and encourage me like a father. He offered all the fatherly regard we yearned for in the clamour of youth.

Yasin Al Hajj Saleh is a teacher of hope. This article is not to praise his writings and personality but an attempt to convey to others the things about him that inspire us. It is an attempt to tell the world the story which, despite all its pain, sends a resounding message: if he was able to smile in the face of hope, what is your excuse?

Yasin was arrested when he was 19 and spent 16 years in prison. He was among the first to write about the Syrian revolution and live it. He carries that social awkwardness which he developed in his long years in prison. When you confront him about it, he would simply smile and say: “Sameera. Her strong point was social relations. Sameera was the one who gathered people around her.”

This, perhaps, is what this article is about: his love for his wife Sameera, who was kidnapped in Ghouta by the Islamic Army led by Zahran Alloush along with her companions Razan, Wael and Nadhem, and whose whereabouts remain unknown.

Every time you visited him at his rented house he would relate with pride the love story about a friend of his and her disabled Greek husband. Nothing has changed in that house except for the collection of books in Arabic and a tinted photograph of Sameera hung where he has a direct view of it from his study. She is ever-present in his conversations, his writings and the details of his everyday life. And he tried as well to etch her absence in the memories of Syrians. We remember her birthday. We worry about his guilt over her absence. We are defeated by our inability to change this state of affairs. Have we, as Syrians, let him down again?

We see her in his anger and his yearning, and in his defence for his right to be with us. We see her in his fatherly attitude towards me. Every time I see the pain in his eyes I realise that Sameera's absence from our lives is like losing my mother in the Syrian revolution all over again. Tomorrow, when Sameera returns—for none of us dares to think that she could not return—she will be shocked at the number of Syrians who can feel her presence, even though she doesn't know any of them.

Despite the painful thought of her absence and the disappearance of his brother in an ISIS jail, despite his own exile and memories of jail, Yasin still writes about manners and hope, and still teaches us that while the kidnappers can change the direction of our lives, but how we live in our hearts is entirely up to us.

Let us close our eyes and wish for Sameera, Razan, Wael and Nadhem to come home, for them to stand up, like they have always done, for the rights of those imprisoned and marginalised women, for them to establish, perhaps together, a movement to defend the victims of forced disappearance.

Ex-political prisoner Sameera Al-Khalil, lawyer and human rights defender Razan Zaitouneh, her husband, engineer and activist Wael Hamadeh, and lawyer and poet Nazem Al Hamadi, went missing in Douma, Syria, in December 2013. Together they are known as The Douma Four. This blog is dedicated to their cause.