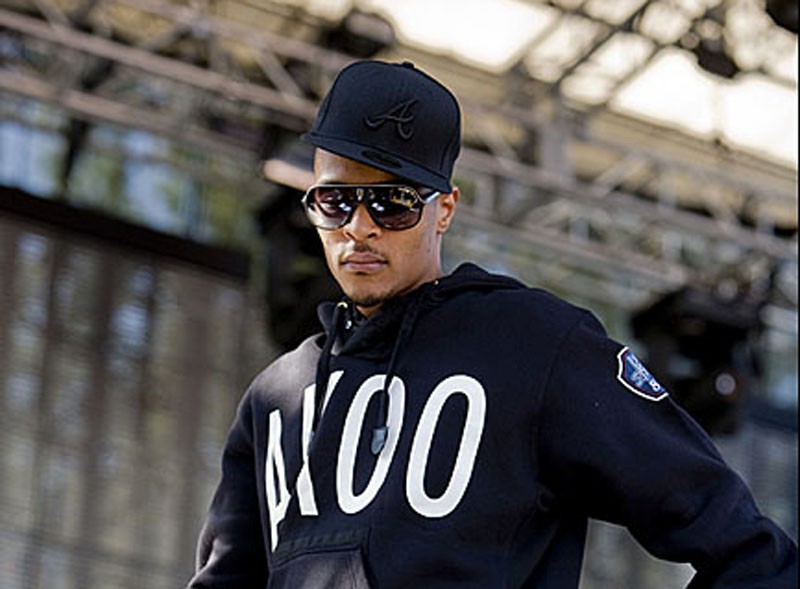 In a growing social media firestorm that has many Caribbean netizens up in arms, American hip hop artist T.I. used an image by Trinidadian photographer Laura Ferreira without permission. The image in question features a sultry-looking masquerader in an elaborate Carnival costume designed by Anya Ayoung-Chee, winner of the ninth season of the popular fashion reality show, Project Runway.

T.I.'s response was ungracious, or as Caribbean people like to say, “wrong and strong”, passing the buck onto the “team of people responsible for planning & arranging the festivities” and insisting that he has never plagiarised anyone. In a curious twist, he also suggested that Ferreira should be pleased with them “paying homage” to her work — which of course could never happen without the photographer being credited.

@lilmissmalone @robjoe1 @iriegirl_loml @bstunts_@nikophoto101 @tautologydesignstudio @dineshramsundar @le_nel @instaval_tt @sweffmusic @gnimteyellinac @reaper_1629 and ALL U OVERZEALOUS COMMENTERS & COMMENTEES (that's not a word but still) I have no clue who @lauraferreirastudios or @anyaayoungchee is although I'm sure they're amazing at what they do. However I DIDNT STEAL SHIT FROM NOBODY & I never have. Throwing a party with a theme as u can see. There's a team of people responsible for planning & arranging the festivities for this party. They do the decor, design the invitation,accept&arrange RSVP etc. Obviously & commendably @lauraferreirastudios had the best & most impressively appropriate images that relate to the theme of the party,which lead to the planners using the images. Which in itself is them paying homage to your work. Let's be clear guys. ITS A PARTY INVITE!!!!! Not album or even single artwork,not tee shirts we plan to sell,not framed & sold for our benefit…ITS A PARTY INVITATION GUYS!!!! I've seen world famous photos of worldly iconic figures used to invite people to parties all the time & with the photographs photoshopped & altered which takes away from the integrity of the art. This isn't the case here guys. During MLK Wkend if there an invite to a party with Dr MLK on it is there ever credit given to the photographer or artist???? I've NEVER SEEN THAT. ITS AN INVITATION PEOPLE!!!!! And while I can respect your appreciation for art & the artists work in question….YALL GOT ME FUCKED UP KICKIN ALL DIS FLY-SHIT IN MY COMMENT BOX!!!! Now that's da nices,most respectful way I'm gon be able to say…YALL NIGGAZ BETTER CHILL OUT!!!! I ain't wit it!!!!! And Gold Star to me for takin da time out to address dis in such a calm manner….

And credit, for herself and Ayoung-Chee, is all that Ferreira was asking for. On her studio's Facebook page, she posted:

T.I. is using one of my images for his birthday invitation, on his Instagram account (it's now on his Facebook page, too). Would love to have a credit for myself as well as the costume designer, Anya Ayoung-Chee.

Seriously, whoever designed this knew they didn't have the right to use it. Removing my name from the image doesn't magically make it right. I would have been thrilled to let it out to such a huge audience, if I were contacted in the first place -____-

On both T.I's Instagram account and Ferreira's Facebook page, the reactions were mixed. Several commenters thought that Ferreira should have been paid for the use of her image and suggested that she get legal counsel on the matter.

Renee Bottagisio was in full support of the photographer:

This is definitely not acceptable and what you have done by standing up to him publicly like this has been a very brave and gutsy move!! Nuff respect to you and your work!!. This character has been disrespectful, arrogant and very rude. I don't think it is even about the money it's about the principle. What he did was incorrect, what you asked for was just and within reason and his response…. absolutely ludicrous. Wishing you a favourable outcome in this and more publicity of your excellent work both locally and internationally, blessings to you.

Dude, you don't even get it. People are mad because the work was watermarked and identified as belonging to someone. You didn't fuck up, your promotional team did. You probably didn't even know about it until a fuss was made. All people are saying is that this is someone's intellectual property. When it was pointed out to you, all you had to do was apologise on behalf of your promotional team and thank the photographer and designer for their work.

While other commenters pointed out that the photograph was available without the watermark, most people felt that the sensible thing to have done was to apologise for the oversight and give the photographer and designer proper credit. As nina_does_life put it:

There was some discussion on Ferreira's Facbeook page about the Instagram Terms of Use; Stayfano LB was under the impression that “any material posted on Instagram is free and open to the use of others”, but Ferreira cleared up any misconceptions by posting the following image on her Facebook page, saying “Facebook (and Instagram) always take down images once reported. I'm not worried that it won't, just takes time sometimes. Just a glitch in my day that could have turned out more positively.”: 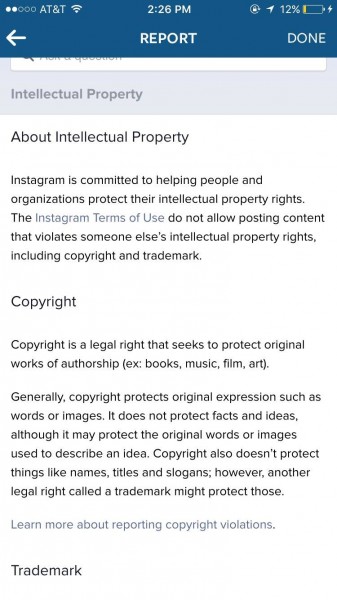 The importance of getting permission

Some netizens felt that the whole affair was tantamount to much ado about nothing. Mark Anthony said:

I think you're just overreacting the pic was released ages ago, they used it for invites no money was made from the image being printed, and the dude even complimented your skills, don't really think he knew that someone from his team of assistants stole your photo…

Mark you clearly have no understanding of theft or copyright. His marketing team had to pay the tequila company to use their logo. They had to use non copyrighted fonts and pay for those, even a brand new marketing employee fresh out of school knows you do not use something you don't own without express written permission. Stop victim blaming. His team stole, they got caught. His name is the one associated with it so he needs to make it right.

Some Facebook users wondered how the rapper would feel if the shoe were on the other foot. Billy Dc quipped:

He seems to feel that because its just an invite and not to make money off of its not a big deal. Does that mean i can illegally down load his music if im only gonna play it at home?

Niall Legerton felt that the irony of the situation was that T.I. just couldn't see the forest for the trees:

His actions are tasteless and arrogant….. especially as a fellow artist!