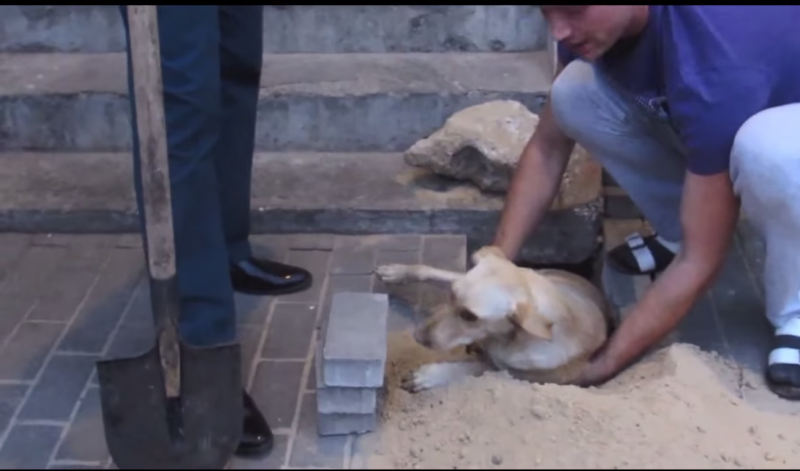 The residents of an apartment building in Voronezh have rescued a dog from a particularly nightmarish trap. Earlier this week, construction workers apparently entombed the animal underground, when remodeling an apartment building's front entrance. Tenants say they started hearing muffled barking and whining from behind the freshly laid bricks on Tuesday, September 22.

For two days, local authorities failed to respond to requests for help. Finally, on Thursday, September 24, several tenants decided to take matters into their own hands, pulling up the bricks and digging out the trapped animal, which turned out to be pregnant. Footage of the rescue soon made its way online, where it has attracted more than 77,000 views in less than 48 hours.

A local animal rights community called “Right to Life” has taken temporary custody of the dog, launching a campaign to find her a new home. Sadly, the animal (named Belka, or “Squirrel”) lost her puppies due to the stress and dehydration of being trapped underground. She is currently rehabilitating in a clinic, where veterinarians performed an ultrasound and sterilized her.